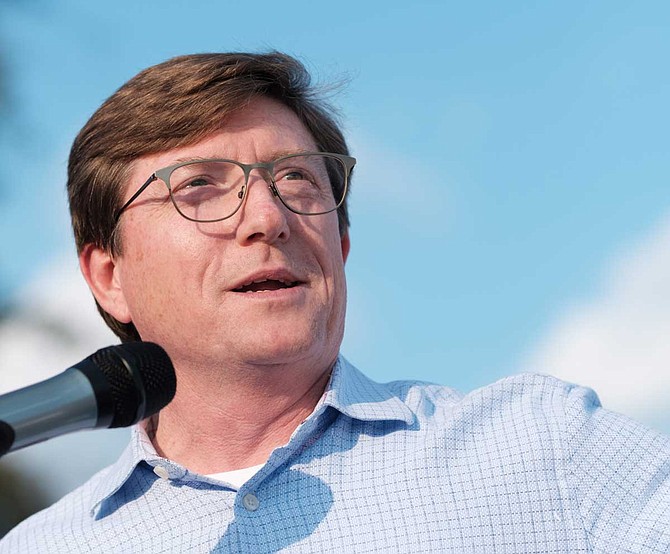 “It has been one of the greatest honors in my life, and truly a privilege to serve the people of Hancock County in the Mississippi Legislature for the last 12 years,” Baria wrote.

Baria first joined the Legislature as a state senator, where his party was in the minority, in 2008. In 2011, he decided to make a run for the House, where he thought he could be more effective because Democrats held the majority at the time. Though he won that election, Republicans also took control of the Mississippi House that year for the first time since the post-Civil War Reconstruction era.

In the letter explaining his decision, Baria, who had already qualified for re-election, cited his wife, Marcie Baria, and their children.

“In the last decade, I have all too often been away from home when my family needed me,” he said. “Now is the time for me to return home, and to be present for and supportive of Marcie and the kids. For that reason, I will not run for re-election to the Mississippi House of Representatives. I look forward to supporting the next Representative of House District 122 and will assist that person in any way that I am able.”

By the time of his Friday afternoon announcement, House Democrats, whom Baria informed earlier this week, were already working to select a new leader. The party elevated him to his current leadership position in 2016.

After the announcement, the Jackson Free Press asked Baria if he had ruled out running for office again in the future.

"The only decision I've made is that I am not running this year," Baria said late Friday afternoon.

The Jackson Free Press interviewed Baria last year, when he was running against incumbent Republican U.S. Sen. Roger Wicker as the Democratic nominee for the U.S. Senate. In that interview, he talked about how his family shaped his political career.

In 2005, the Barias lost their home to Hurricane Katrina. A month later, they lost far more when their 10-year-old son, Darden, died after he was infected with the rabies virus. His was the only rabies death in the U.S. that year, and the first in Mississippi since 1948.

In the aftermath of tragedy, the Barias got more involved with the community.

“(Marcie) got real involved in our church, and my focus was on trying to move Mississippi from 50th place,” Baria told the Jackson Free Press in 2018. “That's what prompted me to get involved in politics. I ran in 2007 when we were still in the midst of a recovery from Hurricane Katrina, and the reason I ran is because we had decided to get more involved in our community.”

During that 2018 interview, Baria also talked about his young son, Max, whom they adopted in 2008. Max is biracial, and that changed Baria’s perspective on issues involving race, encouraging him to push for a new Mississippi state flag to replace the current one and its Confederate imagery.

“As I considered what I was going to do about it, I thought, ‘I have a son who probably doesn't understand this right now, but one day, he's going to be an adult and know that his father held elective office in Mississippi with a state flag that had the stars and bars on it,’” Baria told the Jackson Free Press last October. “And what is he going to think of me if I don't use the platform that I have to be outspoken about removing the current state flag and putting it in a museum?”

In his letter on Friday announcing his decision not to seek re-election, Baria promised his supporters he will “never stop working to make Mississippi the best it can be and to make Hancock County the best place to live and work in Mississippi.” Even though he lost to Wicker by nearly 20 points, he also thanked the Mississippians who voted for him in November 2018, who, he wrote, “showed me that it is possible to return sanity to and to create more balance in Mississippi politics in the near future.”

After also thanking the Capitol staff, he focused on his family.

“They know how passionate I am about moving Mississippi forward and making our state the kind of place we want for our children and grandchildren,” he wrote. “But, they have sacrificed much in my pursuit of my dreams, and I owe them much.”

Democrats and Republicans will choose their nominees for Baria’s seat in the August primaries. Then, in November, when all statewide-elected offices and House and Senate seats will be up, House District 122 voters will choose a new representative. Baria will hold his seat until January 2020, when the newly elected slate of state leaders will assume their positions.

Today is the last day candidates can qualify for party primaries for any seat open this year under Mississippi law.