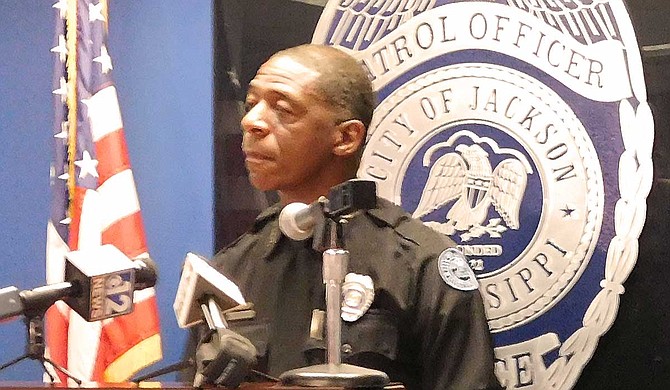 "With the addition of the body-worn cameras, the department is more transparent and more accountable to the citizens of the city of Jackson," JPD Public Information Officer Sam Brown told the press.

Brown said the department had wanted the cameras sooner, but budgetary problems made it difficult. He thanked JPD grant writer Juan Gray for helping find a $300,000 grant from the U.S. Bureau of Justice Assistance for the cameras. The City of Jackson matched the grant to pay the total cost of $600,000.

"You have to find creative ways to make things happen, and that's what this administration did," Brown said.

The Jackson Police Department has had its share of controversy in relation to officer-involved shootings since Mayor Chokwe A. Lumumba became mayor, including the department's long tradition of not releasing names of the officer shooters. That practice ended in January after the Jackson Free Press had pursued those names for a year when the department released names and files of the officers to this newspaper, including details of several unpublicized shootings, in response to a public-records request by intern Taylor Langele.

One officer, Anthony Veasey, was involved in three shootings about a year, including an exchange of gunfire that injured a teenager who was burglarizing a home in January 2019. Veasey shot the teenager twice in the back and five times in the leg.

The list showed Veasey listed and exonerated in two earlier shootings since July 2017. On Nov. 15, 2017, Veasey pursued Mikelle Bracey, 24, got out of his can and ran from a police checkpoint, with Veasey in the closest pursuit. Veasey later told investigators that Bracey pulled out a gun, and the officer fired at him, striking him in the leg. Police did not, however, recover the weapon officers reported seeing that night, or the next day. His third shooting was on June 1, 2018, during a checkpoint on Maple Street when members of a group hanging out fired on police, and he returned fire. Members of the group later claimed the officers didn't identify themselves as police.

Body cameras could also act as a deterrent in non-firearm encounters. In January, George Robinson died from head trauma after an incident with officers looking for a murder suspect.

Brown said the JPD sees the body cameras as a remedy for issues of community trust and an increase in police accountability in response to increased community criticism after controversial police-force incidents.

"People behave differently when they know they're being watched, and the police are no exception," Brown told the press. "Officers wearing body cameras will be less aggressive and more respectful when they interact with members of the community. They'll be more reluctant to use force unless it's necessary to protect themselves and the public."

Jake Laperruque, senior counsel at the Project On Government Oversight in Washington, D.C., said body-worn cameras can be helpful in reducing force incidents. However, he warned of serious issues from body cameras if police departments do not have guidelines and policies in place—including for transparency, a problem that continues to plague the Jackson Police Department after almost a year of meetings to debate whether to release the names of officers who shoot people. Withholding the footage can have a reverse effect on bringing about better police community relations, he said. 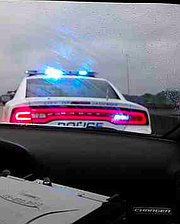 "In cases where there is a police shooting or violent incident, and the department doesn't have good policies for releasing the footage to the public, the natural reaction from the public is that they're hiding something," Laperruque told the Jackson Free Press.

In 2016, Fox 5 reported that a Washington, D.C., officer shot and killed unarmed motorcyclist Terrance Sterling. The officer did not turn his body camera on until after the incident. The officer alleged that Sterling was driving erratically and struck a police car. When Sterling tried to flee, an officer shot him.

The shooting death of Harold Robinson in Salt Lake City, Utah, was another case in which police officers wore body cameras, but seven out of the 10 that were involved did not turn them on. Robinson was killed during an exchange of gunfire with officers after allegedly robbing two convenience stores. His family said he suffered from paranoia and delusions.

'It Has No Motive to Lie'

Brown said officers will manually activate the cameras after they receive a call or when they approach a person and decide it is necessary to record. The video footage will be stored in the cloud for up to 30 days if it is non-evidentiary and a year if it is evidentiary. Administrators will have access to the footage.

When one reporter asked if officers would be required to turn the camera on, Brown said, "It's going to be a part of the training."

"Everyone, and I mean everyone, has the right to act in self-defense. A video presents an unbiased account of events. It has no motive to lie. No stake in the outcome. It merely records the event as it happens," Brown said.

He said patrol officers will receive the body cameras after they complete training, which starts this Thursday and Friday. Officers may beginning wearing the devices as early as next week.

Read the JFP's award-winning archive of news and editorials on the need for transparency in officer-involved shootings and other injuries of civilians. Follow Jackson Free Press reporting intern Aliyah Veal on Twitter @AliyahJFP. Send tips to [email protected].