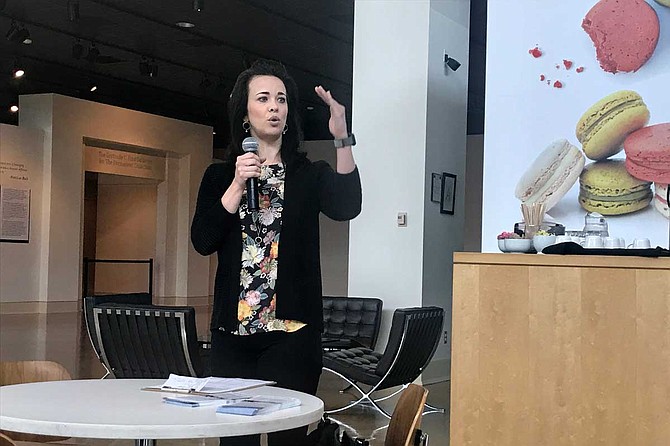 JACKSON—Medical-marijuana advocates are getting closer to the magic number of 86,185 signatures required to get the issue on the Mississippi ballot in time for the 2020 elections. Jamie Grantham, communications director of Medical Marijuana 2020, discussed the campaign at Refill Cafe's Friday Forum in Jackson on Friday morning.

"This is a massive movement where people are finding relief," she said at the meeting.

Grantham explained that the effort is a ballot initiative, meaning that Mississippi voters, rather than the Mississippi Legislature, will decide. Next year, assuming the secretary of state is able to certify enough signatures, voters will decide whether or not to legalize marijuana and introduce a strictly regulated program in the state.

Mississippians Fight for Medical Marijuana in 2020

Ashley Durval filed a ballot initiative for the legalization of marijuana on July 30, 2018, in hopes that her daughter, Harper Grace, will someday be able to access cannabis oil to treat her Dravet syndrome, a severe form of epilepsy.

To date, she said, campaigners have two-thirds of the certified petition signatures needed from registered voters required to make the ballot. They will continue to gather signatures, and hope to pad the effort with more than required by the September 2019 deadline. So far, 33 states have legalized medical marijuana.

Grantham said the medical program will benefit patients with debilitating diseases, which include Parkinson's disease, sickle cell and seizures.

"These are conditions that affect people's quality of life on a daily basis, your ability to be able to live and function," she said at the forum.

She noted that patients will be able to take an in-person exam with a licensed physician, and if they qualify, their doctor will certify them to use medical marijuana. From there, they would give this certification to the Mississippi Department of Health, who would oversee the program, and receive a medical-marijuana ID card.

"The patient would be registered into a statewide database that is overseen by the Department of Health," she said. "That database is a real-time database where, when the patient goes to a marijuana treatment center and they get their card to be swiped into the facility, they are able to go in and talk with someone to purchase their medication."

Patients would pay for their medications out of pocket because insurance companies could not be able to cover marijuana due to its Schedule 1 drug classification under federal law.

Jackson resident Don Potts said he is a supporter of the medical-marijuana initiative. He said he talked to someone recently who took three medications for a medical condition. They started using medical marijuana and have been able to get rid of two medications.

"It just makes sense. You can smoke marijuana, take it orally, or whatever. It'll solve your problem and then you can quit it," he told the Jackson Free Press.

Jeff Jones, clinical liaison for special projects at the Mississippi State Department of Health, said that he hopes to have the first medical treatment center open by January 2021 if the initiative passes. He wants people to clear their misconceptions about marijuana.

"It's totally different than what our concept of what marijuana is. ... There are going to be strict regulations and guidelines as to how you qualify as a patient," he told the Jackson Free Press.

Jones said the program would help create job opportunities and that tax dollars from other medical-marijuana programs across the country are in the hundred millions.

He believes Mississippi is the most compassionate state in the country, which will help get the initiative passed.

"Mississippians, I believe, will approve this because we are helping people that need help that they can't get," Jones said. "We want to help. If we were trying to approve recreational marijuana, I'm not sure it would fly."

CORRECTION: The reporter misheard the number of signatures actually gathered earlier. This story is now corrected to reflect that Medical Marijuana 2020 has two-thirds of the signatures required to make the ballot, not the full amount. We apologize for the error.