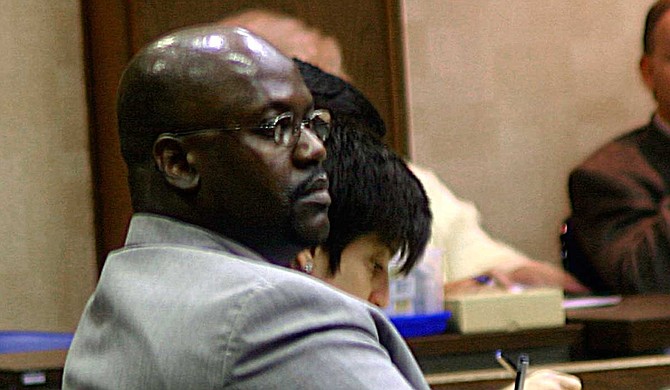 A lead attorney with the Mississippi Center for Justice plans to represent Curtis Flowers (pictured) if he is tried for a seventh time for the 1994 murders of four people in Winona, Miss. AP Photo/Winona Times, Dale Gerstenslager, Pool, File

A Jackson-area civil rights attorney is vowing to represent an African American man after a prosecutor accused of racial bias said he plans to try him a seventh time for the same murder case.

Rob McDuff, the director of the Mississippi Center for Justice’s impact litigation project, announced on July 2 that he will represent Curtis Flowers if prosecutor Doug Evans tries him again for the 1996 slayings of four people at a furniture store in Winona, Miss.

“Curtis Flowers’ formidable struggle to secure a trial free from racial discrimination fits within MCJ’s core mission of racial and economic justice,” Mississippi Center for Justice, or MCJ, President Reilly Morse said in a July 2 press release. “Through Rob McDuff, MCJ can contribute deep experience in both criminal and civil rights law to this case with the hope that our legal system finally will treat Curtis Flowers equally.”

In its decision, the U.S. Supreme Court found that prosecutors violated the Constitution by repeatedly blocking black jurors. Flowers has been locked up in Mississippi's Parchman prison for the past 22 years.

“The State's relentless, determined effort to rid the jury of black individuals strongly suggests that the State wanted to try Flowers before a jury with as few black jurors as possible, and ideally before an all-white jury," Kavanaugh's ruling reads.

On June 24, Doug Evans, the prosecutor behind all six trials, told the Grenada Star he would retry the case for a seventh time.

“He will have to be retried,” Evans told the paper. “The decision they made sent it back to have another trial. At this point, I haven’t thought much other than that. I have to say I was surprised by the decision.”

In the July 2 MCJ press release, McDuff said the case ought to be dismissed.

“Despite six trials, the prosecution has been unable to secure a lawful conviction against Curtis Flowers,” McDuff said. “Meanwhile, he has spent twenty-two years in prison, most of it on Death Row. The evidence, much of which has been uncovered since the last trial, indicates that Curtis did not commit this crime. If there is a seventh trial, we will be there to defend him. But six trials is enough, and this case should be dismissed without putting everyone through another one.”

The case will likely return to the trial court sometime in August, McDuff said.

Flowers is accused of killing four people execution-style in a furniture store in 1996 in the town of Winona. Evans has tried Flowers six times, with four convictions overturned and two other cases ended in mistrials.

When retired Tardy Furniture employee Sam Jones arrived at work one July morning in 1996, he found the bodies of employees Robert Golden, Carmen Rigby and Derrick Stewart. He also found the body of Bertha Tardy, the owner of the store who had called him earlier that morning and asked him to come in to help train two new employees. Three victims were white, and one was black. All had been shot.

Police suspected Flowers because Tardy had fired him less than two weeks prior, and eyewitnesses claimed they saw him near the scene of a car burglary earlier that morning, where someone had stolen a .38-caliber pistol. Though investigators never found the weapon, they declared that the bullets at the scene were a match for a .38-caliber pistol.