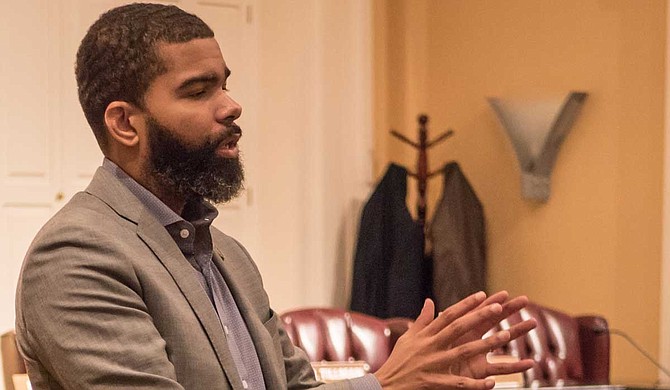 JACKSON — This week the City of Jackson starting making good on recent warnings with water shut-offs for approximately 20,000 customers who are late paying their water bills, many resulting from problems with the Siemens contract to improve billing for customers. Instead, many Jacksonians did not receive a water bill for a year or more, leaving a massive deficit in municipal coffers.

"I think that it is imperative that we acknowledge the City's failure over time to provide our customers with accurate bills, timely bills or any bills at all," Mayor Chokwe A. Lumumba said last September about the backlog. "That being stated, the City has an obligation to collect water revenue."

The City's effort to put customers on payment plans has done little to no help decrease the deficit of up to $20 million.

"There is more than $52 million in uncollected revenue for active accounts, and $57.5 million for accounts that have had water turned off but remain unpaid," City Public Works Director Bob Miller told the Jackson City Council Finance Committee on Feb. 11.

Shut-offs began sometime last November, and the Department of Public Works has now "increased shut-offs on delinquent accounts from 30 to about 200 a day," Miller said. There are approximately 23,000 delinquent accounts, meaning they haven't paid or set up a payment plan to catch up.

Miller acknowledged that there are still some stranded accounts, meaning they have not received a bill at all or one that is random and not based off an actual meter reading. Some customers have not received bills in a year. It could take more than a year for the City to recover all the money customers owe. Miller wants to encourage Jackson residents to get involved in their billing,

"The way to ensure you avoid turnoff for nonpayment is to engage us, to talk to us," he said. "We will fix a wrong bill; we will make appropriate adjustments for leakage; we will make payment plans for folks that are having affordability issues. But if we don't hear from the customer, we're only left to understand that that customer has left and no longer desires water service, and that results in a turnoff," he told the Jackson Free Press.

Lumumba signed an executive order, with language similar to a later ordinance the city council passed, to protect citizens while the City corrects its water and sewer billing process. The customer "bill of rights" promises timely and accurate bills to customers, as well as the correction of all bill errors. It also promises to refer struggling customers to programs that may be able to assist paying water and sewer bills.

The City of Jackson held a two-day water/sewer customer service event on Dec. 14 and 15 at the Jackson Medical Mall. Customers were able to engage with trained Working Together Jackson representatives who served as liaisons for the City to settle customer accounts, correct errors, answer questions and offer payment options to Jacksonians.

Jackson citizens have long suffered from failing infrastructure from dangerous potholes, in the road to dilapidated houses to corroded pipes. Jackson has been under an Environmental Protection Agency consent decree since 2012 over sewage issues. The City's 50-percent maintenance staff shortage and collection problems with the City's billing system, since the Siemens contract was approved during the mayor's father's administration, make the issues tougher to deal with.

In 2013 Siemens Inc. entered into a $90-million contract with the City of Jackson to upgrade various components of the City's water distribution and sewer systems.

"The contract included the installation of automated water meters, manufactured by Mueller Systems, and a new billing software system, from Oracle Systems, for the City to operate and manage through its public works department," said the statement from Siemens Spokesperson sent to JFP by Simiens employee Brie Sachse.

The Oracle Customer Care & Billing Software went into operation in September 2015. Since then, Siemens has provided ongoing support over the last three years including additional training for city employees and additional staff support and resources. Simiens agreed to install 65,000 new meters to upgrade the homes of Jacksonians. Shortly after the City ordered new installations to halt, these meters were measuring in gallons as opposed to cubic feet, which caused billing consumption to be unusually higher than 600 percent.

The problems resulted in a riff between the City of Jackson and Siemens, with each pointing at each other over who was to blame, especially about the billing failures. Despite the riff-raff, Simiens Spokesperson stated that they will continue to interact with the City of Jackson Public Works Department on a regular basis to help facilitate successful operation of the metering and billing systems.

"Though we don't delight in enacting the collection measure of disconnecting a customer, we have no choice as a city," Lumumba said last year about distancing from Siemens. "The citizens deserve a system that runs better. The City needs the necessary resources to accomplish that goal. ... The urgency of now should be clear. But we don't delight in it."

Intern Reporter Natosha Pergarthit covers the City of Jackson and the Jackson City Council. Email her comments and story tips to [email protected] and follow her on Twitter at @nnpengarthit