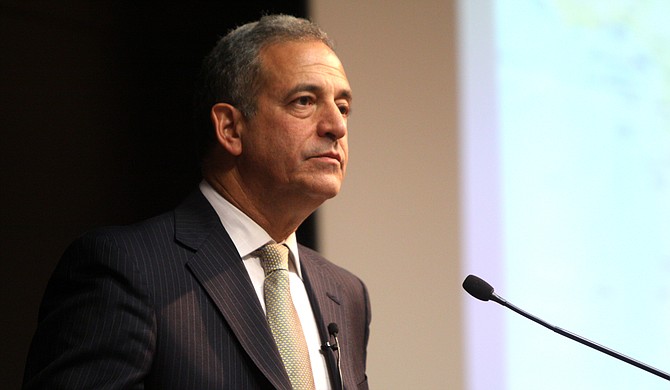 As U.S. Supreme Court nominee Brett Kavanaugh struggles amid allegations of sexual misconduct, newly released emails bolster claims that he misled U.S. senators in 2006 while testifying under oath about his role in the 2002 nomination of Charles Pickering, a judge from Laurel, Miss., with past ties to white supremacists and segregationists.

In 2006, President George W. Bush nominated Kavanaugh, who had served as a White House attorney, to the D.C. Circuit Court of Appeals. During Kavanaugh's confirmation hearings before the U.S. Senate, Kavanaugh told then-Sen. Russ Feingold, D-Wisconsin, that Pickering was "not one of the judicial nominees I was primarily handling."

The Senate released emails from Kavanaugh's time in the Bush White House last month that already hinted that his involvement went further than claimed. On Sept. 13, New Jersey Sen. Cory Booker released an additional trove of Kavanaugh emails showing that he not only helped with research and strategy on Pickering—whom Bush nominated to serve on the 5th U.S. Circuit Court of Appeals—but that he was the ghostwriter of a pro-Pickering op-ed published under the name of then-White House Counsel Alberto Gonzales.

In one March 2002 email, Bush White House lawyer Bradford A. Berenson wrote that he would "defer" to Kavanaugh and another attorney on Pickering-related issues. "Brett and Noel have been much more involved in the Pickering fight," Berenson wrote. In another, a Justice Department official asked Kavanaugh for "blessings and instructions" before calling Pickering.

Pickering's nomination failed in the Senate after Democrats filibustered over his segregationist associations and advocacy for a reduced sentence on behalf of a convicted cross burner. However, Bush appointed him to the Fifth Circuit in January 2004 anyway while the Senate was on recess; Pickering served until that December.

"There's clear evidence showing that Kavanaugh lied under oath during the 2006 confirmation hearing for his spot on the U.S. Court of Appeals for the D.C. Circuit," Feingold wrote.

The emails, Feingold wrote, show that Kavanaugh "appeared to be the primary person handling Pickering's nomination."

That wasn't the first time he lied under oath, Feingold alleges. In 2002, Republican Senate staffer Manuel Miranda accessed and downloaded thousands of confidential files from Democratic senators. In 2004 hearings before the Senate, Kavanaugh denied any involvement.

Emails released earlier this year, however, show Kavanaugh received material from the stolen documents—including an email from Miranda with secret Democratic talking points.

"Taking all his testimony together, we see a clear pattern emerge: Brett Kavanaugh has never appeared under oath before the U.S. Senate without lying," Feingold wrote, adding that "lying under oath must not be rewarded with a seat on the nation's highest court."

President Trump nominated Kavanaugh to the Supreme Court shortly after former Justice Anthony Kennedy announced his retirement in July. Conservatives rallied around Kavanaugh, whom Trump picked after he earned the approval of the right-wing Federalist Society, where he had a strong network of right-wing operatives who worked to derail President Bill Clinton and pushed conspiracy theories that were never proven. Kavanaugh was a long-time member of the controversial Federalist Society, although he has tried to distance from it.

Kavanaugh appeared on track for confirmation after his hearings in early September, but the emergence of anonymous sexual misconduct allegations last week upended those assumptions.

On Sunday, Christine Blasey Ford revealed herself as Kavanaugh's accuser in a Washington Post report. She was a teenage girl at a house party in the early 1980s when, she alleges, a drunk teenage Kavanaugh locked her in a bedroom, pinned her to the bed and covered her mouth as he tried to remove her clothes while a friend watched. She escaped before he could rape her, she said.

Ford's therapist provided notes from a 2012 session in which she described the alleged assault to the Post. The professor had also told her husband.

In a White House statement, Kavanaugh denied the allegations, but the Senate scrapped plans for a vote to move his confirmation forward on Thursday after several Republican senators expressed concern; instead, Ford and Kavanaugh will testify before the Senate on Monday, Sept. 24.

The course of events echoes those that unfolded during the 1991 confirmation process for U.S. Supreme Court Justice Clarence Thomas. As with Kavanaugh, Thomas' hearings had concluded when a woman came forward with accusations of sexual misconduct. Anita Hill alleged in testimony before the U.S. Senate that Thomas subjected her to sexual harassment when he was her supervisor at the U.S. Department of Education and Equal Employment Opportunity Commission.

Despite Hill's testimony, the Senate confirmed Thomas by a 52-48 vote—the narrowest margin since the 1800s. Claims of sexual misconduct were taken less seriously in the 1990s than today, though, and whether Kavanaugh can survive the accusations may serve as a litmus test for the culture-changing power of the #metoo movement.

In his op-ed, Feingold wrote that Kavanaugh cannot be trusted to be honest about the alleged assault in his testimony.

Kavanaugh is a "calculated liar who uses dishonesty to advance his own career," Feingold wrote. "And any denial of these accusations by Kavanaugh before the committee must be viewed in the context of his multiple lies under oath to that same committee."

Feingold left the Senate in 2011 after losing his bid for re-election.