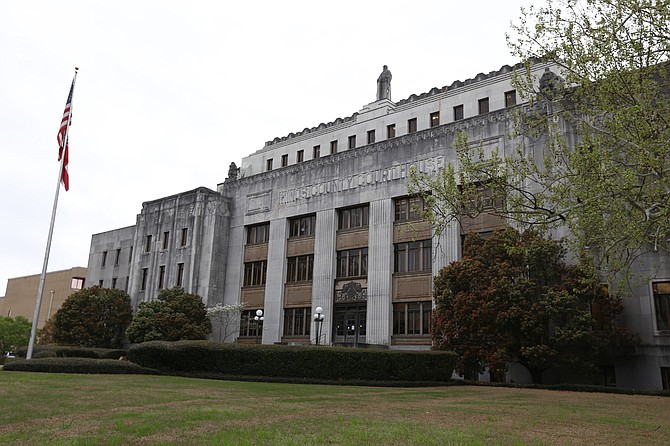 The Hinds County Criminal Justice Coordinating Council is working to see how the system can move people through quicker and decrease the number of incarcerated individuals in the county and city. Photo by Imani Khayyam.

JACKSON — A group of Jackson and Hinds County leaders has begun meeting bi-monthly to work on improvements to the adult and juvenile justice systems in the city and county, after Hinds County entered into a 2016 settlement agreement with the U.S. Department of Justice.

Hinds County Board of Supervisors attorney Pieter Teeuwissen said all the stakeholders involved in the criminal justice system need to figure out how to move people through the system faster. Right now, individuals can sit in jail for as long as four years, he said. 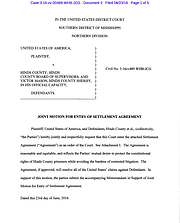 "We need to figure out how to prioritize these individuals in these facilities," Teeuwissen told the Jackson Free Press. "... If they are not guilty, we shouldn't have them detained in less than appropriate conditions. If they are guilty, they are supposed to be processed through and put in the state correction system."

As a part of the settlement agreement, county and city stakeholders had to form the Hinds County Criminal Justice Coordinating Council, which is working to ensure that people do not get stuck in the jails for too long and that cases move through the system quickly. The council meetings do not have to be public, Teeuwissen said, but he believes they will be in the near future.

"The county also acknowledges that government detention is a serious infringement on the rights of citizens and other individuals, and is thus subject to constitutional rights."

County leaders must work to decrease the incarcerated population "particularly special-needs populations, such as individuals with serious mental illness and juveniles," the settlement agreement says.

Teeuwissen said he thinks the council's work will be long-term.

"I think that what you're seeing now is a work in progress," he said.

The council is divided into five groups that will work on improvements to address behavioral health, case processing, jail population management, prisoner reentry and juvenile justice, a press release from the Administrative Office of the Courts says.

The other council members include:

• a representative of the Hinds County Board of Supervisors

• a representative of the Jackson City Council