One Lake's 'Controlled Meeting' a 'Propaganda Machine' To Some Attendees 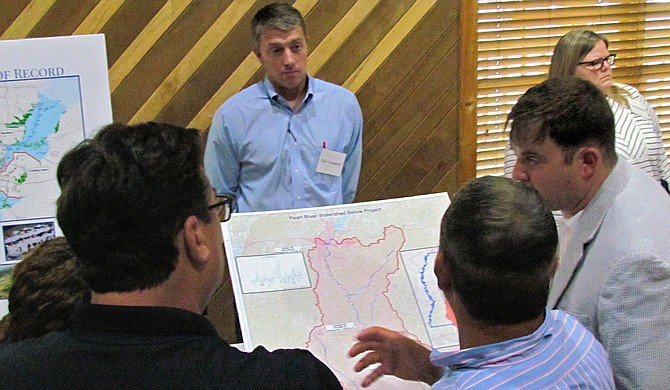 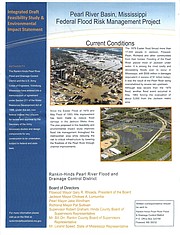 The potential for outrage, raised voices and loud arguments at the One Lake Public Meeting was never recognized. But, One Lake project members were prepared for the possibility for pushback against their plan to create redevelop a section of the Pearl River through Jackson, while promising flood-control benefits.

"I'll be back at my table, to be cussed out (after the presentation)," this reporter heard Abram Orlansky, an attorney for the project say prior to the start of the meeting.

Instead, the meeting at Sparkman Auditorium at the Mississippi Agriculture and Forestry Museum on Tuesday evening consisted of a PowerPoint presentation and time for individual questions and answers Around 200 people listened to One Lake project leaders speak about the more than 300-page report, detailing the possible effects to the Pearl River and surrounding communities by the creation of a lake.

The crowd sat mostly silent during the 40-minute presentation. Then, after the meeting, attendees could speak directly to project engineers, lawyers and researchers, not in front of the entire group.

The public meeting followed this format because it allowed every person with a question to receive an answer, Rankin-Hinds Flood and Drainage Control District attorney Keith Turner told the Jackson Free Press. When the audience is able to do a question and answer format, the panel of experts does not answer every question, he said.

A debate was not the point of the meeting from the organizers' standpoint; instead it was about presenting the report, Turner said. "I've heard from a lot of people who liked it," he told the Jackson Free Press.

But, not everyone liked it.

"They changed it from a public forum to a propaganda machine," Jackson resident Rachel Knall told the Jackson Free Press. "When you've got money involved, you usually get one side. I'm tired of big money being myopic."

Lindsey Lemmons, the executive director of the Mississippi Wildlife Federation and member of the One River, No Lake coalition attended the meeting with flyers describing the issues with the project. But, she was not allowed to hand the flyers out inside the auditorium. Turner told her the flyers had to be distributed outside the meeting to avoid confusion.

"We're presenting the project here," Turner told the Jackson Free Press. "... A lot of folks in here—you saw the crowd—and I think some folks will be confused by what's going on. That we're sending mixed messages."

The crowd this reporter saw consisted of around 200 people, and the majority of the attendees were at least 40 years old, although many appeared to be older.

"It was not a public comment," Lemmons said. "It was a controlled meeting for project proponents."

After the presentation, attendees could leave a written public comment or dictate an oral comment to a stenographer (only one person used this option). Public comments are also accepted online and via mail and the deadline to leave a comment is Sept. 6. On Sept. 7, the assembly of the final draft of the project starts. It will include public comments, Turner said.

Legally, only one public meeting is required, but there are two more scheduled for downriver, Turner said. The project is also controversial in south Mississippi and Louisiana due to potential effects in those areas.