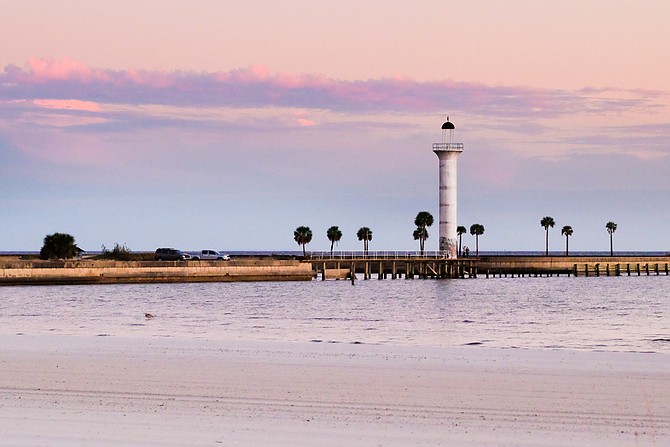 Biloxi lost $10.2 million in home values between 2005 and 2017 due to rising sea levels, an analysis by the First Street Foundation and Columbia University found. Photo by Ashton Pittman.

JACKSON — Homes on the Mississippi Gulf Coast lost more than $263 million in value due to rising sea levels, a peer reviewed study by scientists with the First Street Foundation and Columbia University found. 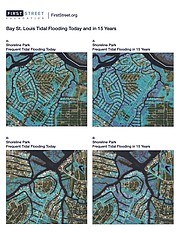 "In Bay St. Louis, the average impacted home would be worth 49 percent more if tidal flooding were not a risk, and in Kiln, 41 percent more," First Street data science head Steven A. Alpine said. "These are the hardest-hit neighborhoods in Mississippi because homes and roads are at low elevations, and sea-level rise is increasing the frequency of flooding along the Jourdan River."

Findings Not Skewed by Hurricane Katrina

Though the study begins with data in 2005, the year Hurricane Katrina hit the Mississippi coast, it does not affect the study's assessment. Jeremy Porter, a Columbia University professor and statistical consultant for First Street, told the Jackson Free Press that the study controlled for factors like hurricanes, the 2008 economic recession and the BP oil spill.

"All of our research is based on sea-level rise and tidal flooding, so all of the models we've developed have been predicated on tide gauge readings," Porter said. "

The team chose to begin the study with data from 2005 because that year marked a major increase in tidal flooding.

"We ended up using 2005 as a start point because we were looking at what the National Oceanic and Atmospheric Administration (NOAA) defines as nuisance tidal flooding levels," Porter said. "NOAA usually calls it nuisance tidal flooding if an area floods more than 10 times per year. This characterization showed a marked increase around 2005 through most of the southeast and Gulf Coast."

Researchers began by studying Miami-Dade County in Florida, where they found $465 million lost in home values from 2005 to 2016 due to rising sea levels.

"It's funny, because we did a lot of research in that area, and we kept finding people were forecasting that there was going to be a lot of loss in the future," Porter said. "We started to wonder, has there already been an economic impact?"

They expanded their research to other coastal studies across 10 states, including studies throughout the southeast, with Porter, a graduate of Mississippi State University, eventually returning to the Magnolia State.

Porter said the First Street Foundation did not take a stance on the cause of the rise in sea levels.

"I think there are a lot of arguments showing that climate change is having an impact, and there are other people saying they're climate-change cycles," Porter said. "At First Street Foundation, we're primarily focused on sea-level rise and the fact that there's an economic impact."

"Sea level rise is caused primarily by two factors related to global warming: the added water from melting ice sheets and glaciers and the expansion of seawater as it warms," the site reads.

"Higher sea levels mean that deadly and destructive storm surges push farther inland than they once did, which also means more frequent nuisance flooding," the NOAA page reads. "Disruptive and expensive, nuisance flooding is estimated to be from 300 percent to 900 percent more frequent within U.S. coastal communities than it was just 50 years ago."

Ashton Pittman is the state reporter for the Jackson Free Press. Follow him on Twitter @ashtonpittman. Email him at [email protected].