Lawsuit: Inmates Have the Right to Free, Secular Books in Prison 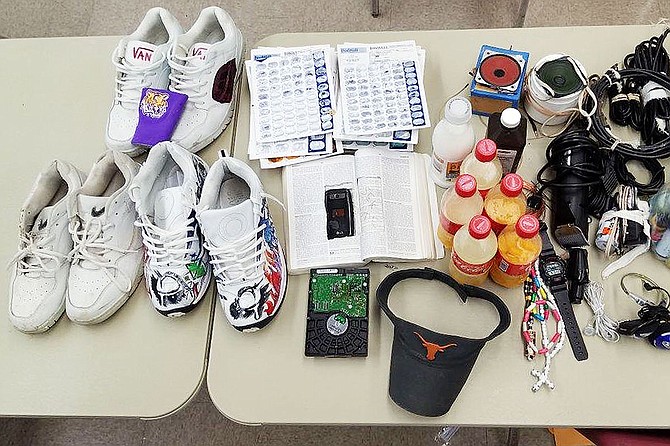 JACKSON — Big House Books, a nonprofit that sends free books by request to inmates, filed a lawsuit against the South Mississippi Correctional Institution this week because inmates there cannot receive books that are donated, the lawsuit says.

"That prison permits inmates to receive books through the mail only if the books have been purchased or if the books are religious. Inmates are not permitted to receive free, non-religious books by mail," the complaint says.

"... The only way to receive secular books through the mail is if the prisoner, family member, or other sender pays for them." 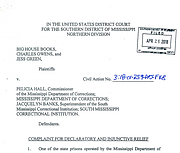 The Mississippi Center for Justice filed the lawsuit in federal court, alleging that the policy to allow inmates to have some books but not donated ones, violates inmates' First and 14th Amendment rights. The complaints asks the court to issue an injunction against the Mississippi Department of Corrections policy cited to inmates about why they cannot receive books from Big House Books.

Beth Orlansky, advocacy director at the Mississippi Center for Justice, said that there are similar problems with inmates receiving books from Big House Books at Parchman, too. She said her organization wrote a letter to MDOC asking for the rationale behind the policy change.

"We got a very unsatisfactory answer that didn't really give a good explanation," Orlansky said, leading to the center's decision to file the lawsuit.

MDOC does not comment on active litigation, and the department had not filed a response in the court record at press time.

Read more at jfp.ms/prisons. Email state reporter Arielle Dreher at [email protected] and follow her on Twitter at @arielle_amara.