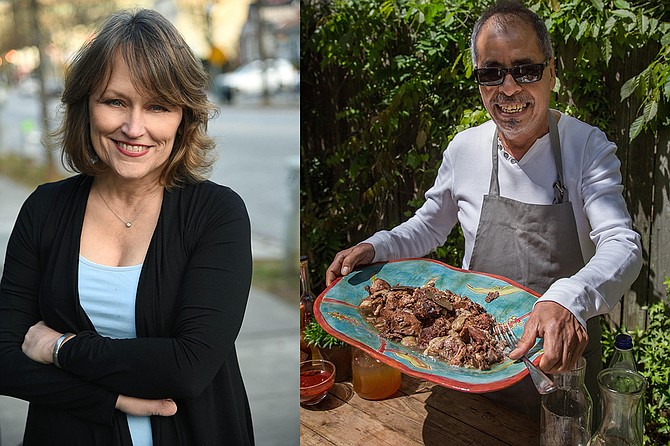 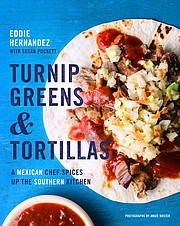 Eddie Hernandez had dreams of being a rock star. He was born in Monterrey, Mexico, the third-largest metropolitan area in the country and a city that is about 115 miles from the Texas border. His grandmother, Consuela (everyone called her Chelo), who owned bars and convenience stores around Monterrey, inspired him to cook. "She was big on fresh food, and she never made the same things two days in a row," he says in the cookbook "Turnip Greens & Tortillas."

His dream was not to be a chef. He told the Jackson Free Press that he wanted to become a famous musician. He was the drummer in a band called Fascinacion, and when he was 17, he and his bandmates drove to Houston to get a record deal.

They were not successful.

"Obviously the dream was bigger than the talent, so it didn't work out quite as planned," Hernandez told the Jackson Free Press.

However, he ended up staying in Texas, working various day jobs and playing music. He met current business partner Mike Klank in 1987, when he applied for a server position at a Tex-Mex chain restaurant near Atlanta.

"Eddie, like the first or second day he worked there, told (Klank) everything that was wrong about his food," Puckett told the JFP. "Mike ... actually agreed with him, and he said, 'Can you do any better?'"

Klank put him in charge of the kitchen, and Hernandez began adding fresh ingredients into the recipes.

He said that Klank was the person who introduced him to southern food, and through that journey, he began to notice the connection between Mexican and southern cuisines.

"We do corn tortillas; you do cornbread. Everybody makes tamales, especially in Mississippi," he said.

Puckett, a Jackson native, received a bachelor's degree in journalism from the University of Mississippi. Her first job as a journalist was at The Clarion-Ledger around the time when the newspaper was first starting its Southern Style section. She published her first book, "A Cook's Tour of Mississippi," in 1980 with Angela Hederman, who was a southern styles editor at the time. Though Puckett had not seen herself as a food writer before, "A Cook's Tour of Mississippi" changed her mind.

She quit her job at the Ledger and attended Iowa State University, receiving her bachelor's degree in home economics with an emphasis in food and nutrition in 1983. After graduating, she worked for various newspapers such as the Cleveland Plain Dealer and Fort Lauderdale Sun Sentinel. In 1990, she became the food editor at The Atlanta Journal-Constitution. She worked there for around 19 years.

After she left the newspaper, she knew she wanted to keep writing about food. She reconnected with Hederman, who encouraged her to go back to Mississippi and write a book.

Upon returning, Puckett began researching food traditions in the Mississippi Delta, a stretch that expanded from the Peabody Hotel in Memphis to Catfish Row in Vicksburg, she said. It was around this time that she first reached out to Hernandez to publish a book.

During the proposal faze for her book, Puckett was going to be on a panel at the 2013 Delta Tamale Festival. She recommended Hernandez for a celebrity chef tamale competition during the festival.

"He just fell in love with Mississippi and with the Delta, and his tamales just killed it, and he won that competition," she said.

Eventually, they landed the book deal for "Turnip Greens & Tortillas."

The book combines stories of Hernandez's life, food culture and perspective with recipes that have southern and Mexican influences. For example, one dish, Fritos chilaquiles, is a spin on the traditional Mexican breakfast dish that subs tortillas out for Fritos.

"I want people to see that, 'Hey, this is actually what they eat,'" he said.

Puckett said a book like "Turnip Greens & Tortillas" is important because it expands people's ideas of what southern food is.

"For a long time, people have had a pretty limited, stereotypical idea of what southern food is, and what it means to be Southern," she said. "What I hope really comes is just how if you do come from a different place and settle in a new place, you don't have to give up your culture, and you can embrace this new culture, and you can make it your own." 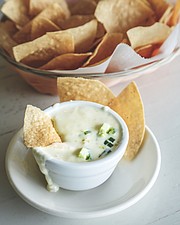 Bring the milk to a boil in a medium saucepan. Remove from the heat. Stir in the grated cheese and pickled jalapenos. Whisk until smooth, about 5 minutes. Garnish with the fresh jalapenos. Transfer to a fondue pot or small slow cooker if you have one, or serve straight out of the pot if you don't. Serve with the chips. The dip will keep for up to 1 week, covered and refrigerated. Reheat for a minute or two in a microwave.