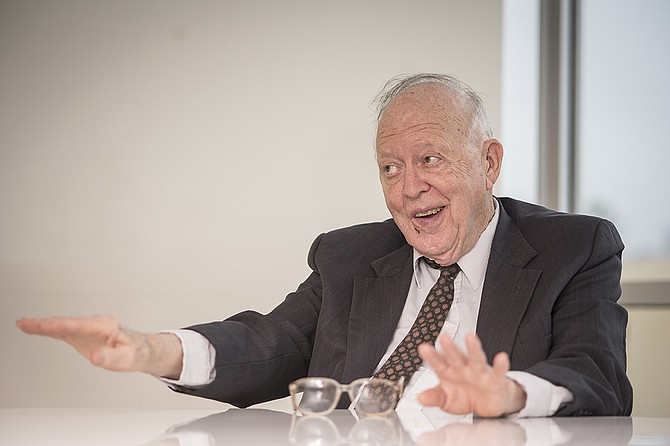 Vicksburg native Ed King is one of the founders of the Mississippi Freedom Democratic Party and was a major figure in the Civil Rights Movement of the 1960s. King, 81, is a retired Methodist minister who also once served as chaplain at Tougaloo College. He also gives lectures on medical ethics and health care at University of Mississippi Medical Center.

As an officer of the MFDP in 1963, he lobbied for equitable voter registration laws for disenfranchised African Americans. He was also an MFDP delegate to the 1964 and 1968 Democratic National Conventions, and helped found the Mississippi Civil Liberties Union.

King became the first white chaplain at Tougaloo in 1963, and that year, he was present when an integrated group of Tougaloo students held a sit-in at the Woolworth's lunch counter in downtown Jackson. A white mob attacked the demonstrators, poured ketchup, sugar and mustard on them, dragged two women by the hair, and kicked one demonstrator until he was unconscious and bleeding on the floor.

Later that year, King suffered disfiguring damage to the right side of his face in a car crash when someone sabotaged the car that carried him and civil-rights activist John Salter; the injuries kept King in and out of hospitals for treatment for 12 years.

King helped organize the 1964 Freedom Schools the following year, as well as the first Head Start program in Mississippi in 1965. He joined the School of Health Related Professions at UMMC in 1974.

The National Civil Rights Museum honored King in 2011 during its 20th anniversary Freedom Award Ceremony, placing him alongside icons such as Leola Brown Montgomery, Samuel "Billy" Kyles, James Lawson, C.T. Vivian and John Seigenthaler. In 2014, the University Press of Mississippi published "Ed King's Mississippi," a collection of 40 photographs that he took during Freedom Summer in 1964. Most recently, the Mississippi Civil Rights Museum has featured information on King and his work as part of its current exhibition offerings.