UPDATED: How Will the Jackson Property Tax Increase Affect You? 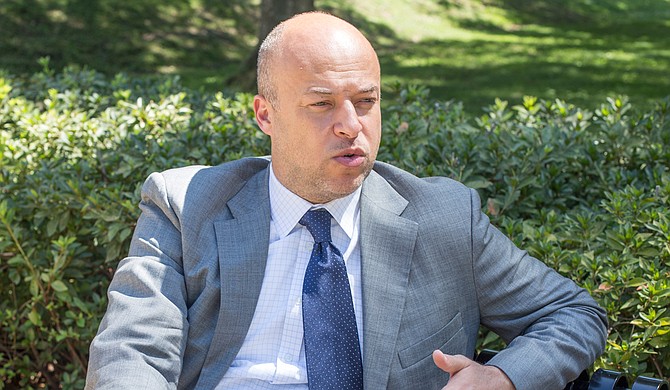 The increase, the administration says, is for plugging budget holes as well as getting the City to a healthy financial state so it can execute basic services—like cutting grass and filling potholes.

The 2-mill increase in property taxes, going into effect in February, will generate $2.3 million, the city's new director of administration, Charles Hatcher, said. Hatcher is over the city's finance office. The new administration will also freeze all vacant positions to save approximately $700,000. 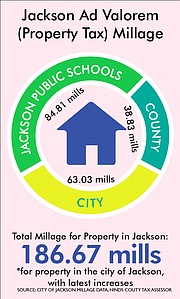 "I know some places where assessed value is close to 100 percent, and that's going to make these millages sounds weird," Hatcher, who just moved down from Ohio for the job, told the Jackson Free Press.

"I think some cities have assessed value as a certain percentage, but I've never heard of something as low as 10 percent," he added.

The tax increase the city council approved earlier this month increases the city millage rate from 61.03 mills to 63.03 mills.

In Jackson, that means that a home with a $100,000 market value—the amount it could sell for—has an "assessed value" of $10,000. For these homeowners, the 2-mill increase means paying $20 more a year. The key word there, however, is "owner." Property tax hits renters harder than owners in this state largely due to the state's tax code.

While the difference between 10 percent and 15 percent seems small, homeowners can also apply and qualify for a $300 homestead exemption, a tax break for homeowners. This puts a significant property-tax burden for residents in the state on rental property—taxes that are generally passed on to the renters.

For example, a Class I residence in Jackson with a market value of $100,000 would owe $610 in city property taxes (not including county or public school ad valorem dollars). If that same residence, worth the same amount on the market, was rented out, the city property tax would equal $915, due to the difference in how they are assessed (10 percent vs. 15 percent).

Data from the City of Jackson show that the difference in total property tax owed between renting or owning a $100,000 house in Jackson is more than $1,200 or 79 percent. It costs more to pay taxes on rental property in Jackson—as it also does across Mississippi.

"Renters are paying this tax; the landlords are passing it on to them," Hatcher told the Jackson Free Press.

Add to that the fact that a large amount of property in Jackson is exempt from property taxation, including both city-owned and state-owned properties.

So buildings like the Mississippi Capitol, the Walter Sillers Building and Jackson City Hall are all exempt from property tax, as state law allows.

The Jackson City Council also approved a slight increase in the Jackson Public Schools millage rate this month, increasing the millage from 84.59 to 84.81. This difference will translate to a very minimal increase in property tax for Class I home-owners, depending of course, on the market value of their home.

The city council approved the two millage increases, which will be included in the new city budget that council is expected to pass later this week.

Municipalities and counties are required to revisit the assessed value real estate every four years in Mississippi. Hatcher said more frequent re-assessment will ensure that citizens are paying what they should be for the value of their properties.

In cities like Austin, Texas, or Seattle, Wash., Hatcher said, cities constantly re-assess to ensure people are paying an adequate amount of taxes on their property, especially as areas and neighborhoods increase in value. The opposite—not re-assessing often—can lead to places with less market value paying the same as other properties that should be paying more based on market value.

Jackson's individual millage rate, not including JPS or county mills, is high compared to surrounding cities, Department of Revenue data show. Jackson, now at 63 mills, is higher than Madison at 28, Pearl at 27, Flowood at 20 and Clinton at 41. Jackson is also the largest city in the state, population-wise, however.

Regardless of population, what really matters when it comes to property taxes and Mississippi state law is homeownership status. Hatcher said he does not know what percentage of Jacksonians rent property versus own property.

The Hinds County tax assessor tracks all assessed property values in the county, and 2017 data from Charles Stokes' office show that more than 43 percent of the total assessed value of property in the city of Jackson is Class II property. Single-family owner-occupied residences (Class I) make up 21 percent. The rest of the assessed property values come from property taxes paid on motor vehicles, public utilities and personal property (Classes III through V).

Stokes said the mill rate affects all ad valorem tax classes I through V, meaning that the change in millage rate will impact businesses and equipment inside businesses that are taxable under ad valorem law.

"It affects everybody," he said.

Correction: A previous version this story stated that Charles Hatcher is the director of finance, but he is the director of administration and was most recently in Ohio, not Wisconsin. Also, an example used to show homestead exemption, actually showed the difference in assessed value from Class I to Class II homeowners and renters. We apologize for the errors. Email reporter Arielle Dreher at [email protected] and follow on Twitter at @arielle_amara. Comment on this and other local news stories at jfp.ms/city.