Reflections in a Dark, Watery World 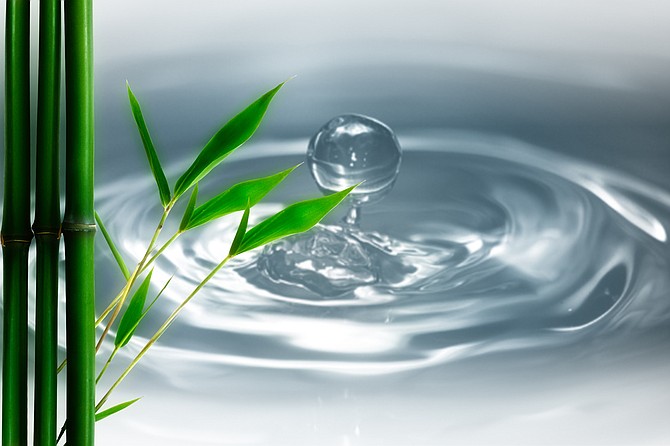 Unplugging doesn't actually require you to do something crazy like get in a float tank. It could be something as simple as choosing to put your phone up when you go to bed. But we all need to unplug sometimes. File Photo

I'm afraid of a lot of things: people in mascot costumes; tornadoes; the plethora of spiders that hang out around my house. As I've gotten older, I've found that I've been come slightly more claustrophobic and afraid of heights (probably because I'm becoming more and more aware of my own mortality).

So suffice it to say, when I first heard about float therapy at Jax-Zen Float in midtown, my first reaction was, "Oh, hell no." You go in a probably small-ish tank filled where it's completely dark, and you float on water with a really high salt content?

That sounded like a scene straight out of one of my nightmares.

As it turns out, float therapy is not all that scary. Actually, the word I've used most to describe it is "weird" because that's the only way to describe it. It is strange being in a dark tank where the water and air are the same temperature as your body. Because of no difference in temperature and the high concentration of Epsom salt, it feels a little bit like you're floating in a watery, salty version of space. It isn't exactly like being in a zero-gravity simulator, but I imagine that it's as close as you can get without actually doing it.

The room is completely silent, and on top of that, you wear special earplugs that cancel out any noise. All you can hear is your own heartbeat and body functions, the water faintly sloshing around when you move, and then the meditation music at the end of your session. At some point, the tank gets so dark that if you stare at the ceiling, it's almost like your eyelids are closed, but physically, you can tell they are not.

And of course, you're completely cut off from the world. You have to turn your phone off, and I even left mine in the next room. There is no TV or computer screen; there's just you and your thoughts for 90 minutes. Scary idea.

As someone who thrives in the midst of chaos, the silence was jarring, but with my scatterbrained mind, it was necessary. The sensation of the tank was both calming and unnerving, and it made me realize that it had been a while since I was alone with just me and my thoughts, completely unplugged from the world

I'm a naturally distracted (and distracting) person. It's one of my more endearing traits, along with selective hearing and tendency to get obsessed with certain things. Add technology on top of that, and you've got a distracted person who occasionally has a really hard time focusing.

Of course, I'm not alone in that distractedness. We live in a world where everything is at the touch of our fingertips. We're constantly looking at our phones to check the time or our different social-media platforms or look at the news or to stream movies and TV shows.

We play games to fill silence or when we get bored; we read and listen to books on iPads, iPhones and Kindles.

I think technology is great. I still remember the days when I'd have to wait to call people while my parents were on the other line, or when you'd have to wait days to get photos back instead of being able to see them instantly.

If you ask me, the Information Era is pretty cool, but it does present issues. In a TED Talk on boredom and creativity, former journalist Manoush Zomorodi talks about how when her son was born in 2007, he would only sleep in a moving stroller in complete silence, so she had to walk him for 10 to 15 miles a day, which meant that she was doing a mindless task quite a lot. She said that before she became a mother, she was a working journalist, so when all she did was walk her son, she found herself getting bored. A few months after he was born, she finally got an iPhone, created her dream job of hosting a public-radio show and began to let her phone rule her life.

At one point, she wanted to get a bigger audience, so she sat down to brainstorm how to do that, but she came up with nothing. And then she realized that the last time she had a good idea was when she was pushing her son in the stroller. Since those days, she had filled the spare moments of her day with checking her Twitter or browsing Pinterest or other things. Just like most of us, she was never bored.

But she began to wonder what happens when we get bored. She began talking to neuroscientists and cognitive psychologists and discovered that something interesting happens when we zone out while doing a mindless task like doing laundry: Our brains go on default mode, and we begin thinking beyond the consciousness and into our subconscious. That's when we begin to connect ideas, solve problems and start looking at how to change our lives.

Boredom was one word to describe my experience in the tank. I was alone, the room was totally silent, and all I could do was ponder my life and the universe, so I found myself getting a little bored. Part of me wanted that music to turn on so I could leave, but more than that, being in that space also gave me the freedom to be bored and ponder ideas, to find the root of problems that have been bugging me and how to solve them.

I came out of it feeling inspired to create, to take the steps to change my life and do the things I've been wanting to do.

My life hasn't turned a 180. I still don't run or go to the gym like I should. I don't clean my house as often as I should, and I haven't practiced bass in a couple of weeks. But I hung my first art show. I try to make my bed most mornings. I've started taking the stairs to our building's lobby.

The first step is important to accomplishing any goal, even if it's small. But the most important thing being in that float tank taught me is how important it is to unplug more often. The thing is, unplugging doesn't actually require you to do something crazy like get in a float tank. It could be something as simple as choosing to put your phone up when you go to bed. But we all need to unplug sometimes.