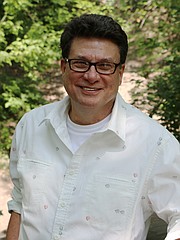 For the past month, I've been on the road doing readings of my new novel, "Miss Hazel and the Rosa Parks League" (Maiden Lane Press, 2014). Actually, "reading" is a misnomer. Mostly, I find reading to groups boring and artificial and a tad condescending. Sometimes I get around to reading, but mostly I tell stories. I can't help it. I still find that's the best way to have an intimate experience with a group of strangers outside of using mind-altering chemicals.

And amazing things have happened. I often tell my stories of growing up in Mississippi during Jim Crow, and how I was taught by those I loved and trusted to be a racist. I go into detail and spare no one, including myself. I don't preach diversity or engage in moralizing. I just tell the stories as they happened—or, at least, as I remember them.

The response from whites, even those who grew up in the northern liberal bastions, has been astonishing. Instead of seeing me as some redneck oddity to be shunned, they come to me with their own stories of prejudice and bigotry that they observed growing up or were a part of, but until hearing my story, had never really considered.

A woman in Minneapolis told me that she suddenly remembered how her father corrected her as a young girl when she referred to an African American walking on the sidewalk as "that lady." He told her not to call her a lady, but a woman. Without being told explicitly, she understood that the title of "lady" was reserved for people the color of her mother.

Again, there is something about the telling of one's personal story in a non-accusatory way, without an agenda or trying to change someone else, that allows the forgotten stories of the listener to float to the surface of consciousness. It becomes safe to remember.

The response from African Americans has been even more gratifying. They tell me when they hear me tell honestly of my racism, they feel free to allow their own stories to surface and often reshape their own memories. Who would have thought that me, a recovering racist, talking about his struggles, past and present, would come as a relief to those who feel they are still the victims of racism? It seems a paradox.

But I believe the same phenomenon is at play. After a "reading" at a Georgia library, a young black man came up to me. A senior in high school, he had tears in his eyes. As I usually do, I fear that I have said something that was too raw, something that was hurtful to him. I have gone too far this time, I tell myself, I should just keep my big Mississippi mouth shut and do the politically correct thing.

He held his hand out. "I've never heard a white man talk about his own racism before. I just never understood. I feel like I know you. So much makes sense to me now. It's strange. I even understand my parents better. My own people."

He was as mystified as I was.

In Atlanta, where I was invited to address a book group sponsored by the mayor at City Hall, the white mother of a bi-racial boy said because of hearing the story of a white man, somebody who represented the kind of person whom she believed most threatened the well-being of her child, she now understood her own son better, and the world that he must navigate.

Upon reflection, what this young man and this mother taught me was the ultimate transformative possibility of story. For some of us who are separated by seemingly unbridgeable divides such as race, sexual orientation and ethnicity, we play stock roles in each other's stories. We project our fears and anxieties onto each other. We are convenient foils for each other's narratives that confirm our comfortable belief systems. But when we finally connect intimately with another's story, our own story changes. The way we view the world, and ourselves in that world, is never the same. We are expanded.

When we allow the truth of another's story to enter our lives, we are transformed.

Jonathan Odell is the author of two novels, "The Healing" (Nan A. Talese/Doubleday, 2012) and "The View from Delphi" (MacAdam/Cage, 2004), which has been updated and republished as "Miss Hazel and the Rosa Parks League." Odell was born and raised in Mississippi, growing up in the institutional segregation of a small town. In college, he sold "The Ebony Pictorial History of Black America" door to door in black neighborhoods across the South while the Klan tried to discourage him. He now resides in Minnesota.