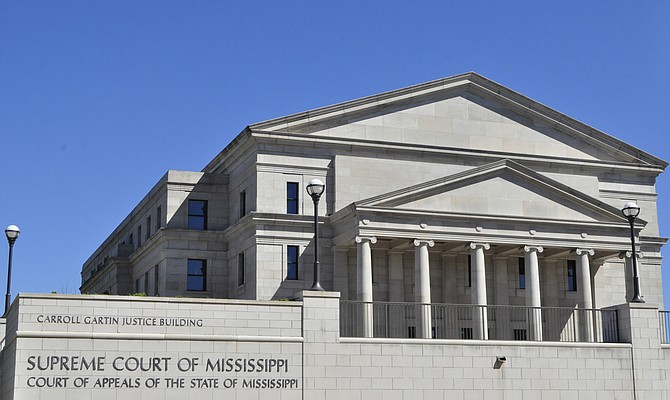 The Mississippi Supreme Court ruled that lawmakers are not required to fully fund the Mississippi Adequate Education Program, which is how public schools receive the majority of their state education funds. Trip Burns/File Photo

JACKSON — The state's highest court says the Legislature does not have to fully fund the Mississippi Adequate Education Program, ruling against 21 public-school districts that sued the state for underfunding MAEP from 2010 to 2015. The formula is designed to provide enough resources so that all students have at least an "adequate" education available to them in a state where poorer districts with lower tax bases, which are often majority African American, often fall short of needed resources.

The fight over fully funding MAEP typically divides along party lines with Republican lawmakers, who are the majority in both houses of the Legislature, refusing to fully fund the formula and Democratic officials using legal and political means to force them to follow the MAEP law.

The new decision is a major setback for MAEP funding. The Mississippi Supreme Court justices, who are elected, ruled that MAEP, written into state law as the primary funding formula for public schools in the state, is not a mandate. 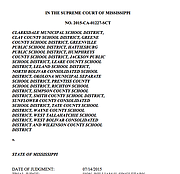 Former Gov. Ronnie Musgrove, a Democrat, had brought the case on behalf of the school districts, arguing that districts had a right to monetary recourse for the Legislature not fully funding MAEP. The Mississippi State Constitution does include a provision that says, "effective with fiscal year 2007, the Legislature shall fully fund the Mississippi Adequate Education Program."

However, King wrote in the opinion that the governor is not legally obligated to approve the legislation needed each year to fully fund MAEP, thus the Legislature does not have to fully fund it. "Because Section 37-151-6 does not obligate the Governor to sign a bill fully funding MAEP, the statute cannot be construed as mandatory," King's opinion says.

"Mississippi's Constitution is clear—it is the Legislature's sole authority to allocate tax dollars, and I appreciate the decision of the justices to dismiss the lawsuit by a former Democrat elected official (sic)," Lt. Gov. Reeves said in a statement. "I'm proud Mississippi's Republican leaders have prioritized education at all levels and spent about $400 million more than it did just six years ago, and we will continue to find more ways to invest in the classroom to provide opportunities for our kids."

Reeves often argues that additional resources should go to districts that show higher test scores and success on other measures rather than reward struggling districts.

Education funding has dominated the political landscape in the last few years in Mississippi. A ballot initiative to force the Legislature to fully fund MAEP lost by a small margin in the 2015 statewide election after Republican leaders banded together to speak out against the initiative and propose their own.

Subsequently, lawmakers began to toy with the idea of rewriting the state's school funding formula altogether. The Legislature contracted with EdBuild to draft a school-funding proposal in 2016 to get ready for the 2017 legislative session. With tight budgets and no consensus, lawmakers stalled on the EdBuild proposal in the spring, and MAEP continues to operate as the state's formula, despite full funding only twice in its existence.