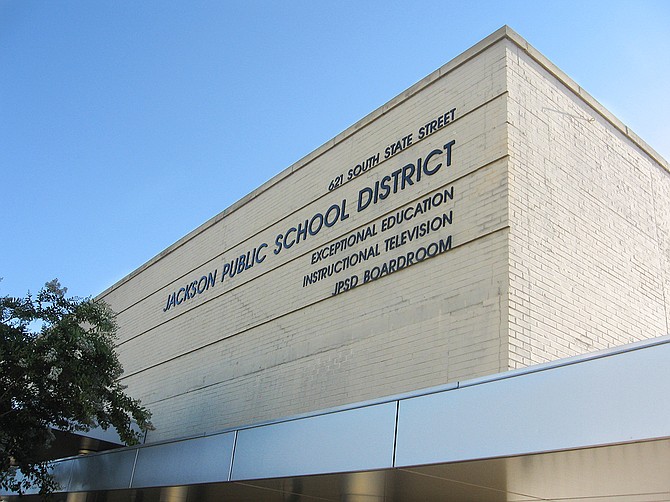 The Jackson Public Schools Board of Trustees is back in business after the city council confirmed a quorum of four members to the board on Wednesday. Photo by Elizabeth Waibel.

JACKSON — The Jackson City Council restored a quorum to the Jackson Public Schools Board of Trustees on Wednesday, unanimously confirming four new members who are charged with leading the district through a difficult stage in its history.

In the midst of transitioning the school district into a third option rather than a state takeover, the previous four-member board willingly resigned their seats, placing Mayor Chokwe A. Lumumba back at square one for composing a school board.

The council confirmed four of Lumumba's nominees this week, including Letitia Simmons-Johnson, his only previous nomination who was forced to resign with the rest of the school board. The other unanimously confirmed board members are Ed Sivak, Barbara Hilliard and Jeanne Hairston. Johnson's confirmation hearing was brief compared to other members because the council had already confirmed her once for the board this year.

Ed Sivak, chief policy analyst at the Hope Policy Institute, joins the board as a data-driven decision maker. His two children attend JPS elementary and middle schools, and he told council members that he plans to visit and be in schools throughout the districts as well as use data to guide his decision-making on the board.

"I see this as we basically have one more shot. This is not going to be easy; it's going to require us to use every tool that we have at our disposal," Sivak told the council on Wednesday.

The JPS Board of Trustees has the power to hire and fire the district superintendent. Council members asked several question of each new board member about the superintendent's role in the district and whether or not the nominee was willing to conduct a national search for a new one. Dr. Freddrick Murray is currently serving as the interim superintendent of JPS.

"(The superintendent) is the one position within the district where we have decision-making over the hiring and firing, so the power is in the action of questions," Sivak said. "And I intend to ask questions that are in the best interests of our kids."

Barbara Hilliard, who worked in JPS for 50 years as a teacher at Jim Hill High School and later as the coordinator of the International Baccalaureate program there, said her granddaughter is in JPS, and she has a vested interest in its success.

Ward 7 Councilwoman Virgi Lindsay asked Hilliard what characteristics a good superintendent should have.

"Knowledge of curriculum, transparency, commitment to the children—all children—open-door policy, one who consistently stays abreast of changes in education, lifelong learner. ... This is an 8-5 job or a Monday through Friday job. It's a 24-7 job," Hilliard said.

The former educator emphasized the importance of leadership in the district moving forward. "If I were to choose one thing that may have contributed to getting (JPS) to this point, I would say that it would have to be the lack of quality leadership," she said.

Jeanne Hairston, a retired Millsaps College education professor, who co-authored one of the history textbooks JPS students read, told the council that the district needs to embrace the opportunity for change.

"We must strike hard and fast to meet our challenges that MDE has put before us in many ways. (JPS has) a challenge in the CAP (corrective action plan). I want to help address it on deadline and encourage our children, parents and communities that we can continue to achieve," she said.

The Mississippi Board of Education voted to put the district on probation again this fall, requiring JPS to submit a new CAP to MDE by January 2018. Council members emphasized the urgency and the likelihood that this new board would face adversity and unpopularity in their new roles.

Hairston worked with public-school principals at the Millsaps College Principals' Institute. She said she wants to work to address the teacher shortage, noting that educators will stay and work for an effective leader who is in the trenches with them.

"Short of having a large influx of money and finding teachers in other states, we've got to be serious about affirming and working with the people that we have in our schools because without them we can't even move to the next level," Hairston told the council. "So, I would really encourage the city council and the school board to make ourselves known in these schools and listen to the concerns of teachers and principals."

The JPS Board of Trustees was scheduled to meet Nov. 7 but did not because no board existed at that time. On Nov. 7, the City of Jackson posted an agenda for the special meeting on Wednesday to confirm five school-board nominees. Jackson State University professor Robert Luckett was listed on the agenda as the fifth nominee but was not confirmed on Wednesday.

Later, Kai Williams, communications manager for the mayor, said it was an error that Luckett's name was listed on the agenda, but it was not changed online as of late on Wednesday. She did not confirm or comment on whether or not Luckett would be a nominee in the future. Luckett could not comment on the situation, he said. The next JPS Board meeting is scheduled for Nov. 28.