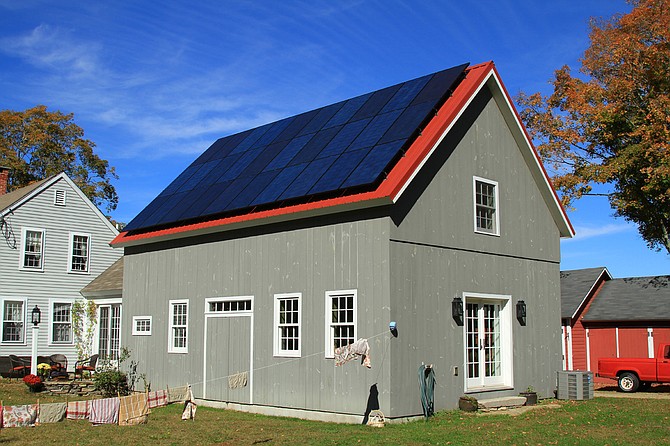 Attorney General Jim Hood released a consumer's guide for Mississippians looking to install solar panels on their homes to understand what questions to ask installers about the process. Photo courtesy Flickr/Wallheater

JACKSON — Correction: This story has been updated to reflect numbers from the Mississippi Renewable Energy Update, which shows how many households are adding solar energy onto the power grid.

Attorney General Jim Hood is helping Mississippians considering using solar power learn the costs and benefits of choosing the alternative power source. Hood released a a consumer's guide to solar power Wednesday that explains both the tax breaks and true costs of installing solar panels, as well as how not to be scammed.

"We found that in Louisiana there were a lot of difficulties with people who were installing these solar panels on people's homes, and they weren't installing them properly. Some were misleading consumers in Louisiana about who gets the tax breaks and how much it costs and how much that you can get back from the power companies for electricity to load back into the system," Hood told reporters Wednesday.

Legislation to require certification for solar-panel installers, in order to fend off problems like in Louisiana, has died two sessions in a row, despite the state contracting board trying to get it passed, Hood told reporters.

Installing solar panels is expensive and a long-term investment. Google's solar savings estimator, based on the average home in Jackson, estimates a savings of $14,000 over a 20-year leasing agreement.

The April Mississippi Renewable Energy report shows that 240 households statewide are using solar energy as of December 31, but not all of those households are taking advantage of net-metering, meaning they can be compensated or pay less on their power bills to give some of the energy generated back to power companies to be used on the grid for all customers.

Entergy operates three solar plants in the state, and the one in Jackson opened last year, meaning the metropolitian area gets some of its energy from solar power already. Solar energy is distributed out on to the grid for consumers to use immediately.