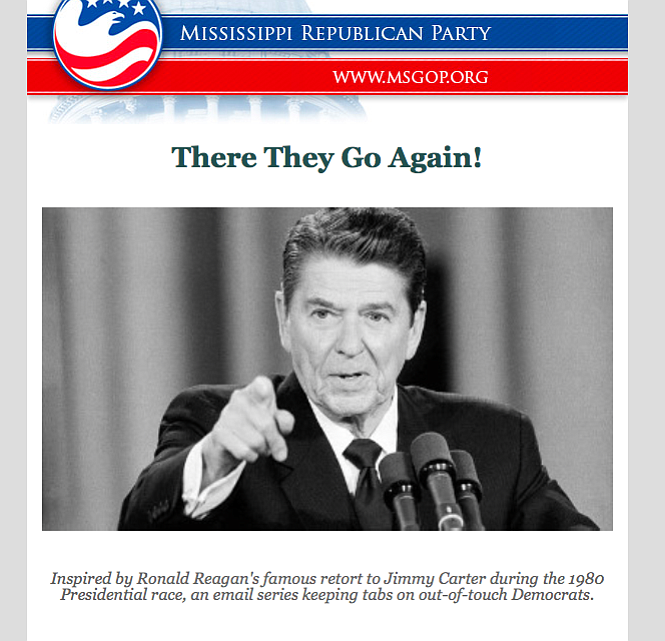 Last night, the Mississippi GOP sent out an apparently-worried email about the possibility of Chokwe Antar Lumumba winning the capital city's mayor's race, leading the Lumumba to campaign to respond on Twitter: "The email sent by the MS GOP is shameful and totally inaccurate. It's further evidence of the attempt to control Democratic primaries."

Here is the email, verbatim (and without typos corrected):

There They Go Again!

As if we needed further reminding of how out-of-touch the Democrats have become, look no further than our very own Capitol City (sic), where Democrats seeme (sic) poised to potentially elect Chokwe Antar Lumumba as their nominee for Mayor of Jackson. Mr. Lumumba – age 34 and the son of the late-Jackson Mayor Chokwe Lumumba – proudly boasts of being supported by the Malcom X (sic) Grassroots Movement, an organization that has stated that it views Lumumba’s campaign as being a major part of “The Big Payback.”

As everyone knows, the city of Jackson faces many problems and is in dire need of stable, unifying, and experienced leadership. And yet, consistent with the Democrat (sic) Party across the state and nation, Democrats in Jackson have decided that the answer is to move farther and farther to the left, to a Party where the current national rock star is a self-avowed socialist from Vermont, where the national Party says all Democrat (sic) candidates must be pro-choice, and where the best person for Mayor of a city like Jackson is someone who associates himself with radical and racially divisive organizations.

Once again, we are forced to say that in Mississippi today, you can either be a conservative or a Democrat, but you can’t be both.