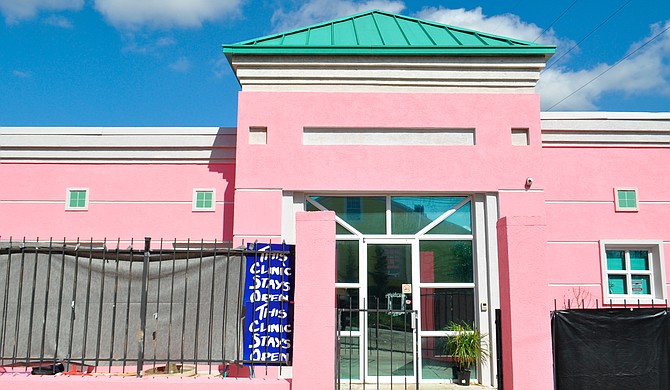 The Jackson Women’s Health Organization, dubbed “the pink house” by supporters, has come under fire as the last remaining abortion clinic in Mississippi. There, and at abortion providers across the nation, the numbers of women receiving abortions dropped between 2010 and 2013. Photo by Imani Khayyam.

This is a verbatim statement from the Center for Reproductive Rights:

Said Nancy Northup, president and CEO of the Center for Reproductive Rights:

"Today's ruling is the latest victory for women's health and rights--and it will not be the last. Our landmark win at the Supreme Court last summer continues to reverberate across the nation. Any politician trying to roll back women's constitutional rights should take notice and remember the law is on our side."

The Center will continue to challenge Mississippi’s unconstitutional requirement prohibiting most physicians from providing abortion care at an abortion facility by allowing only board-certified or board-eligible obstetrician-gynecologists to provide such care. Mississippi is the only state in the country that has such a requirement.

In November 2014 the Fifth Circuit refused to reconsider its decision to continue to block the law; in February 2015, the state of Mississippi  requested  the U.S. Supreme Court review the Fifth Circuit’s ruling.  Over a year and a half later—and only one day after ruling that Texas’ clinic shutdown law was unconstitutional—the Supreme Court refused to review the measure, ensuring the last clinic in the state could remain open while the legal challenge continued. Despite the ruling in Whole Woman’s Health, Mississippi continued to defend its admitting privileges requirement until March 2017.

Read the JFP's archive of coverage of abortion rights in Mississippi at jfp.ms/abortion.