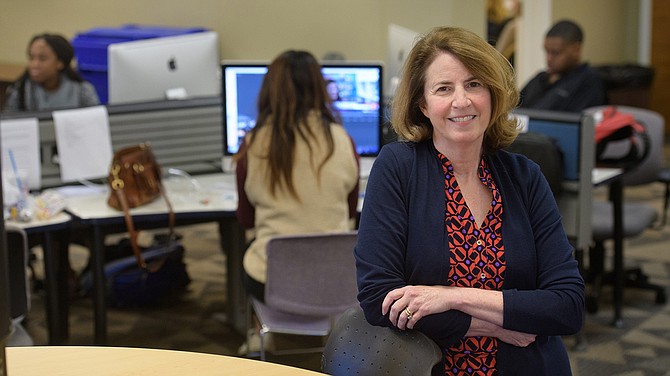 NewsPro magazine recently honored Debora Wenger, who is an associate professor at the University of Mississippi's Meek School of Journalism and New Media and head of its journalism department, in its January issue as one of the "10 Journalism Educators Who Made the Grade."

"Frankly, I was humbled when I got the news," Wenger said in a press release. "There are some truly outstanding educators on the NewsPro list, and I'm honored to have my name printed on the same page with them."

For the recognition, NewsPro readers and other media professionals nominated journalism educators, including professors, department chairs and directors of media centers, from universities around the country.

The release says that Wenger learned of her nomination on Jan. 17, the same day that she received her doctorate degree in journalism from Kingston University.

She was the executive producer of WSOC-TV in Charlotte from 1988 to 1997 and worked as the assistant news director of WFLA-TV in Tampa, Fla., from 1998 to 2001. From 2002 to 2008, she was an associate professor of new media at Virginia Commonwealth University.

Wenger became a professor at UM in 2009. She teaches subjects such as multimedia writing, advanced broadcast journalism and journalism innovation, which focuses on new forms of media and entrepreneurial journalism.

She also co-authored the journalism textbook "Advancing the Story: Broadcast Journalism in a Multimedia World" and the broadcast, online and multimedia journalism curricula for the Society of Professional Journalist's Newsroom Training Program and is a newsroom trainer with the organization.

"So many people have helped me grow as a teacher over the years: colleagues who shared strategies, mentors who helped keep me on track, and most of all, those students who did well and whose successes made me want to keep on getting better at teaching," she said in the release.

The NewsPro nomination isn't the first time that Wenger has received acknowledgement for her work in the field of journalism. In 2000, she and a team of journalists at WFLA-TV won the Walter Cronkite Award for Excellence in Television Political Journalism.

"Receiving national recognition for the work we did made me proud of my station, my colleagues and my profession," she said in the release. "The NewsPro award is one that has my name on it, but like the Cronkite Award, it was a team effort."