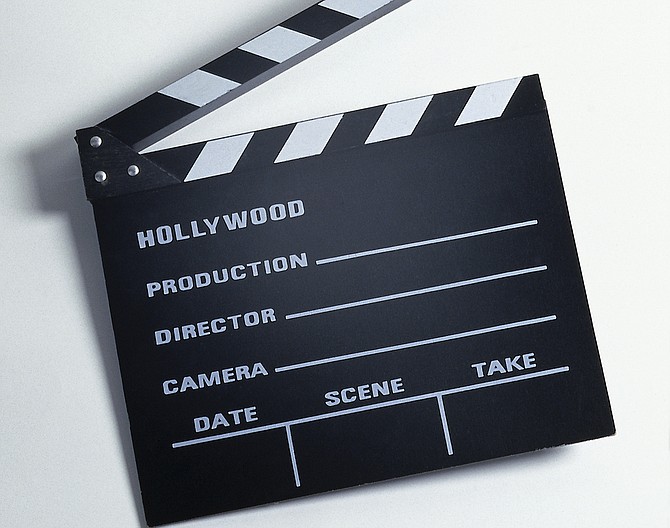 I recently joined the creative team at CityHeart Church in Jackson. We've been working on our Easter campaign, and we're doing a video for it that's centered on the church's motto, "All hearts matter." This means that I have been helping creative-team ringleader Roderick Red of Red Squared Productions with the footage.

This also means that for the first time in my life, I got to fly a camera drone. If you saw my face when I got the controls, I probably looked like a delighted kid in Sugar Ray's Sweet Shop.

From the feed on Red's cell phone, I saw midtown and the railyard on Mill Street in a new way. I felt small standing there, watching as his drone buzzed through the air, traveling over people, homes and businesses. It was a different perspective, and I loved it.

We all need a different perspective sometimes. Occasionally, I have a desire to be at a higher altitude than my normal one, which means climbing to the top of the M/V Mississippi IV or going up the spiral walkway to the pedestrian bridge on Mill Street.

Some people use reading to escape the mundane, and I'm guessing that, sometimes, most people just want to get out of their own heads. There's only so long you can take listening to your own voice before you get tired and aggravated with it.

A ton of art mediums can provide that different point of view, from painting something in an unfamiliar style, to getting low to the ground and capturing that perfect photo, to telling other people's stories.

Art is an escape, and film is no exception. That's why the Crossroads Film Festival issue of the Jackson Free Press is always one of my favorites. It's an issue that celebrates Jackson and the state's burgeoning film industry, and by extension, celebrates our intrinsic ability to tell stories. It shares the voice of people who otherwise may not have the opportunity to share their work.

Though still small, the film industry is a vital part of our state's creative economy. Data from the Mississippi Film Office shows that there are more than 1,200 actors and crew members working across the state now. The workforce has increased by 170 percent since 2012. Since that year, eight colleges and universities, including Belhaven University, Hinds Community College and Mississippi College, have created or expanded their film programs or film-based curricula.

Also a telling fact, the number of films shot in Mississippi increased from four in 2012 to 15 last year, and seven productions are scheduled to film here in the first quarter of 2017.

In this week's cover story, Crossroads Film Society President Robbie Fisher talks about how the number of Mississippi filmmakers in the festival has increased over the years. This year, the schedule includes entries from about 24 Mississippi filmmakers, including musicians Stace and Cassie Shook, journalist Ellen Ann Fentress, and activist Wilma Mosley Clopton.

But even though our film industry is blossoming, it still faces issues. For example, the state opted out of renewing the non-resident rebate, which gives filmmakers a 25-percent rebate on the payroll for people who travel here to work on films. That rebate will now expire on July 1.

It may not seem like a big deal because these people don't have residence here, right? But that incentive has allowed Mississippi filmmakers to employ better-known actors from bigger-budget television and film, helping to shine a brighter light on films from our state. What the cover story drove home for me is that legislators don't seem to realize that by letting the tax rebate expire, they are hurting Mississippians, not Hollywood or outsiders.

Even beyond film, the arts have come under fire recently. The Greater Jackson Arts Council almost lost funding from the City last year. State legislators tried to take away funding for the Mississippi Arts Commission earlier in this year's legislative session.

A Washington Post article reports that, together, these organizations are requesting a total of about $971 million for 2017, which sounds like a lot, but it's actually only about .02 percent of the total federal budget. And the federal dollars that go toward these organizations assist state, local, and some private entities in supporting museums, libraries, and public radio and television, among others arts and educational organizations.

If that funding cut does go through, Mississippi Public Broadcasting could also be affected. The Mississippi Arts Commission could suffer, as could public libraries.   Cultural cornerstones such as museums wouldn't be as effective as they are with federal funding. There's an argument to make them private organizations and effectively make government a little bit smaller, but in a state as poor as Mississippi, many of them may not survive.

My question when it comes to this stuff is always, "Why cut arts?" It is probably the easiest to slash because they may seem extraneous to some, but the arts improve outcomes for everyone. Creative work can provide income to some people and offer an emotional outlet for others. Arts help kids learn to focus, to think for themselves, to develop motor and neural skills. The humanities and arts also give people different perspectives and help them to better understand the world around them.

When it comes to this, I always remember the fact that, although many people didn't like George W. Bush as president, he has a passion for art. What would have happened if the right person had encouraged him to focus on that instead of following in his father's footsteps as a politician, or what might have happened if he had decided to do both?

CORRECTION: This story has been edited to reflect factcheck changes. The story originally stated that the Washington Post reported that NEA, CPB and NEH spent $3.899 trillion in 2016, which was .02 percent of the federal budget. $3.899 trillion was actually the total federal spending for 2016. The organizations have requested a total of about $971 million for 2017, which is .02 percent of the federal budget. The Jackson Free Press apologizes for these errors.