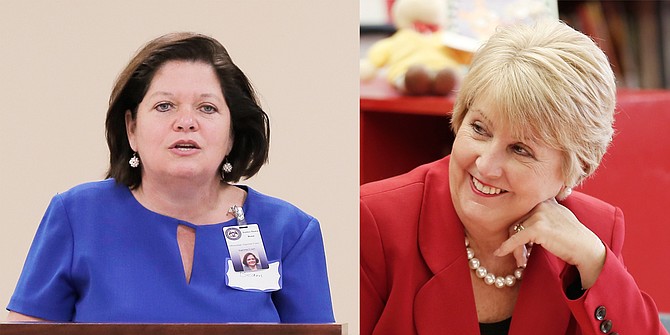 Bryant and Beam said the pilot program, called ReNewMS, will start in Marion County, then Pearl River and Hancock counties. Data from the Mississippi Department of Child Protection Services show that more than half the children in state custody in those counties come from homes suffering from parental drug abuse. Marion County has 254 children in the state's custody, and 129 of those cases are related to parents abusing drugs.

Details of how ReNewMS will work are pending, but the program will help parents get drug treatment as well as assist them in finding employment and safe housing, a press release from the Administrative Office of the Courts says.

The program's goal is to reduce drug use among parents in those counties and to help those kids in custody get reunited with their parents, Chris Alexander with Child Protection Services said.

"What we have to acknowledge is that these mothers grew up in dysfunctional homes where they experienced physical abuse, sexual abuse, hunger. We have to get to the root of this and break the cycle," Justice Beam said in a press release. "If we can get these mothers the help they need and get them on the road to recovery, we can reunify families more quickly."

Justice Beam co-chairs the Commission on Children's Justice, and helped work on the "Rescue 100" initiative, launched to help find more foster parents in the state.

Commissioner of Child Protection Services Dr. David Chandler said the number of children removed from their homes in recent years has increased.

"Drug abuse is a factor in about 40 percent of cases where children are taken into the state's custody," Chandler said in a press release. "It is important that everyone concerned with this issue works together, and we are excited by the opportunity to do that through ReNewMS."

ReNewMS is a partnership between the Commission on Children's Justice, the Mississippi Department of Child Protection Services, the Department of Mental Health and the University of Southern Mississippi.