Legislative Summer School: All About Performance 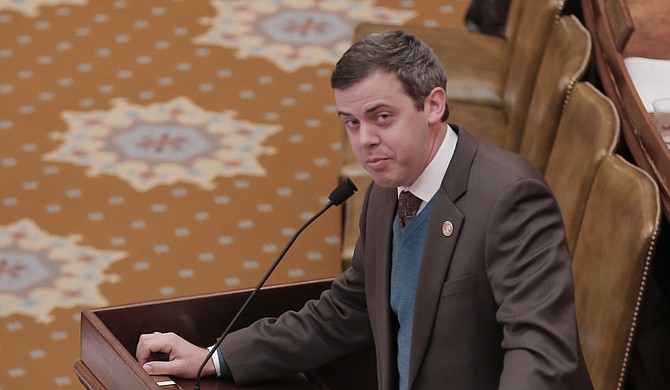 Rep. Toby Barker, R-Hattiesburg, is the chairman of the House Performance Based Budgeting Committee, which will meet all summer to ensure programs the Legislature funds are evidence-based and produce necessary results. Photo by Imani Khayyam.

JACKSON — The Mississippi Department of Corrections is ending a paramilitary inmate program due to a state law and legislative efforts to enforce performance-based budgeting for all state agencies. The Regimented Inmate Discipline program, called RID for short, was a paramilitary program for offenders with earned probation, and MDOC is replacing RID with a Recidivism Reduction Program, which will include cognitive behavioral therapy.

On April 13, MDOC announced the switch, citing its work with the Mississippi Joint Legislative PEER committee to develop the new evidence-based program.

"MDOC is one of the state's pilot agencies for performance-based budgeting," Commissioner Marshall Fisher said in a press release. "As such, we are committed to performing our public safety mission operating as effectively and efficiently as our budget allows."

The push for performance-based budgeting in Mississippi actually dates back to 1994 when the Legislature made the "Mississippi Performance Budget and Strategic Planning Act" a part of state law, however, real changes have only started to occur in the past few years.

In 2014, the Legislature passed a bill that enabled the Legislative Budget Office and the PEER committee to begin program inventory on the state's corrections, transportation, education and health departments. Performance-based budgeting means more than just evaluating how agencies perform. It means evaluating the actual programs agencies use—for example, an evaluation of MDOC's RID program led them to change gears and switch to a model that would decrease recidivism more effectively, using evidence-based programming. The process of program inventory and budgeting is a slow one, however, so some lawmakers will be in Jackson this summer to continue their work. 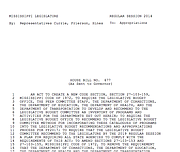 The House Performance Based Budgeting Committee, which is brand new this year, met all session long and will continue to meet twice a month this summer to implement performance-based budgeting in state agency budgets, making sure programs that they state pays for are evidence-based, or simply put, proven to work.

Last week, the committee met in the Woolfolk Building for the first of several summer meetings. The Performance Based Budgeting Committee is a bit different than your typical government committee meeting, though, it's set up like a hybrid—part classroom with a "data moment," part interaction. Lawmakers learn from a PEER office member about the ins and outs of data and assessing programs that are evidence-based and funding them appropriately, then they speak with state agency representatives about programs and standards going forward. Lawmakers learn then meet with agencies, but it's a learning curve for everyone involved.

These responsibilities lie mainly in the hands of Rep. Toby Barker, R-Hattiesburg. Barker was named the chairman of the Performance Based Budgeting Committee at the start of the session. The committee's creation is a push from House leadership to implement a budget strategy that has been brewing in the House Appropriations Committee for at least three years. Barker says the strategy is three-fold: performance-based budgeting, strategic planning and evidence-based policymaking—all of which sounds like theory with less practice.

The Mississippi Legislature has partnered with the Pew-MacArthur Results First Initiative, a software, research and technical tool available to states for free, that helps states use a cost-benefit analysis approach to help them fund policies and programs that work. The idea of Results First is to allow evidence-based research to influence policy and budgeting priorities for state governments, so if a program is proven to work elsewhere and it would be cost effective in the state, it becomes valuable and viable to fund. And instead of basing funding on one or two studies, policymakers and budget writers can look at the whole spectrum of research on a topic. The Pew Charitable Trust and MacArthur Foundation both support the initiative in more than 22 states.

"By providing very robust evidence on here's what the impact of those policy choices can be—I think it helps bring people together," VanLandingham said.

The Results First initiative has four steps in its process. The first is "create an inventory of currently funded programs." Barker said this process began in 2014 as the House Appropriations Committee took inventory of the state departments of education, corrections, transportation and health.

The House Performance Based Budgeting Committee will continue to look at other state departments to complete the inventory of how state agencies operate and identify how funds are being used.

Implementation of the Results First model will take time—after an inventory of the state's agencies is finished, the model calls for a review of which programs work.

"We're planning on meeting all summer long, our committee's work really gets into the weeds of how certain programs work and that takes longer than four months," Barker told the Jackson Free Press. Barker said that evaluating the effectiveness of programs is even more important when revenues are flat or not growing as quickly because the state should be spending money on programs that work, not the opposite.

Both the PEER and LBO committees should be able to use cost-benefit analyses of the state's return on investment in state agencies, followed by using evidence to make policy going forward. VanLandingham said the rollout process can take up to a year.

What Works in Other States

To understand the origins of the Results First initiative, one should take a trip to Washington State Institute for Public Policy, lovingly called WSIPP. The institute was founded in 1983 and is recognized for taking evidence-based policymaking and cost-benefit budgeting seriously. Results First modeled its program after WSIPP.

Annie Pennucci, the interim director of WSIPP, said that her nonpartisan, evidence-based institute was established to undertake policy studies, on anything from juvenile justice to mental healthcare or transportation, assessing a policy or piece of legislation's impact on the state's people and budget. Pennucci said her institute does much more than some legislative bodies, who examine one or two studies to establish a basis for policy.

"Instead of finding two studies, we try to find all of them," Pennucci said in a February interview. WSIPP serves as a middle ground on policies—taking both sides' studies they use to support or oppose a policy as a starting point to explore the entire strata of data that exists on a topic. WSIPP has a comprehensive benefit-cost analysis on their website of programs in Washington state ranging from juvenile justice to K-12 education. WSIPP also reports what doesn't work with what works, so they provide credibility to some bills (which are likely research-based) and dis-credibility to others.

"People have found that to be very compelling," Pennucci said. "Of course, we are only one small piece of the overall decision-making process."

VanLandingham said the Results First approach has been rolled out in very red and very blue states—from New York to Alaska—and has helped ease some partisan divide on policy. "At the end of the day, policymakers will argue about how much money they want government to have and how much the state will invest in certain policy areas," VanLandingham said. "But on both sides people want to fund things that work."

Barker said the evidence-based, cost-benefit mindset would give state agency budget writers every tool they need to make better decisions.

"It's going to be a slow process to bring the entire committee along, but I am looking forward to it," Barker said.

"I think we got a great group of people on there—(it's) a bi-partisan group and that (means) both sides can be behind it."