As the Water Turns, City Wrestles Over Corrosion Study 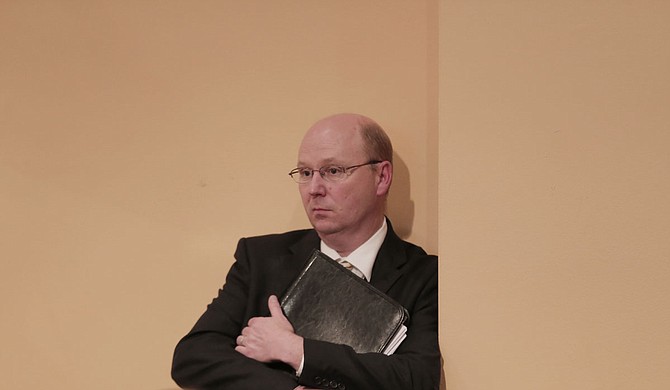 Engineer Phillip West Gibson, co-owner of Trilogy Engineering Inc., watched the Jackson City Council argue, then strike down his bid to do the City’s required corrosion study on March 10. Now they must find another engineer. Fast.

"The real issue with lead is a developmental issue," State Epidemiologist Dr. Thomas Dobbs said during a March 14 phone interview. He said the brains of children 5 years old and younger are constantly growing, and during this period they are most at risk for certain complications that lead may cause, including delayed reading and verbal functions.

"For that reason, it's really more important to focus on children," Dobbs said.

Traditionally, Dobbs said, lead-based concerns centered around paint used in older homes; even if some lead was in the water, it would take a long time for children to ingest enough to see negative effects emerge.

However, since the State told the City about lead in some Jackson homes in January, the Mississippi State Health Department started offering $30, on-site lead screenings for children. Starting March 14, the State began encouraging parents to visit their office or to go to their primary-care physician to test their children.

The City will also implement a new ordinance passed at its March 10 meeting requiring annual testing of Jackson's water for lead and copper. The ordinance requires a yearly testing schedule instead of the three-year rule currently in use by the Mississippi Department of Health, although that agency said it would now alter its reporting policy to now notify homeowners immediately if there are high lead levels in their water samples instead of waiting until the end of the compliance period.

If the water is potentially hazardous for small children and pregnant women, and especially fetuses, how long do these groups have to stay away from the water? The MSDH is advising, both through its website and spokespeople, that the time frame could be as long as six months from now. 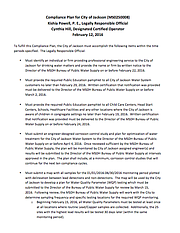 During that time, the City must adhere to a state-mandated outline of steps to ensure the water's safety called the "Compliance Plan." The goal of the plan is ultimately to reduce the risk that lead would leach into the water through a process of treating the water called "corrosion control."

"The challenge is that the primary source of lead is in the materials in residential plumbing," Brian Smith, an environmental engineer with the Environmental Protection Agency, said by phone Monday. "So given that (municipal) water systems don't have control over what you or I may have in our house, what they do have control over is the corrosivity of the water."

The EPA engineer said water suppliers, in this case the City of Jackson, can use three main methods to combat corrosivity. They can adjust the pH of the water to ensure it does not have the tendency to leach lead and copper from the pipes. They then can adjust the alkalinity of the water, which is the tendency of water to resist changes in pH, thus creating stability. Then, in some cases, they can treat the water in order to build up a buffer of sorts in the pipe itself.

"They try to make the water not aggressive to lead and copper," he said.

As long as the corrosion-control systems are in place, even with the outdated pipes in homes all over Jackson, lead in the water should not be a problem, he said.

Still, what happened to the water that made it so corrosive to the pipes in the first place, so inviting to the lead hidden in the solder?

A source in the Public Works Department, who asked not to be named, said last weekend that the corrosion could, in part, result from the outdated lime injection system used to regulate the pH of the water, a method that Smith confirmed as common.

The Public Works worker said the City's system uses powdered lime, and often they have to clean out the supply line as it may get clogged—a difficult and manual-labor-intensive task. The City has looked into an alternative method that involves using liquid lime, but it is very expensive. Smith, of the EPA, said switching to liquid lime requires investment in physical systems, which are also expensive.

In the meantime, federal law still requires the City of Jackson to adhere to the "Compliance Plan" to come up with a strategy to fix the corrosion. The Mississippi Department of Health is authorized to use punitive responses to ensure that the City complies, including potentially charging the City up to $25,000 a day for inaction. 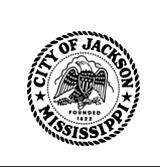 To respond to the law, last week Mayor Tony Yarber and Public Works Director Kishia Powell requested that the Jackson City Council confirm their chosen engineering firm, Trilogy Engineering Inc., to begin an "engineer-designed corrosion control study and plan for optimization of water treatment." The plan would be able to outline methods that could be used for the next 10 compliance cycles.

Yarber and Powell weren't present for the meeting, which occurred the same day as both of the city's main water-treatment plants had a system-wide outage.

Trilogy is a company started in the last summer according to the secretary of state's website, founded by Thessalonian LeBlanc of Houston, Texas, an African American woman who also owns a commercial cleaning company. LeBlanc is not an engineer, but she shares control of the company with the president and experienced engineer Phillip West Gibson, who has a history with working on the city's water systems. LeBlanc was not present at the meeting.

"We are completely in the dark," Ward 1 Councilman Ashby Foote said, "left in the dark by the administration at that point, only to find out Sunday when the agenda was released, that here was Trilogy, and that we have to do this in the next five days.

"I find it very unseemly the way this thing has unfolded."

Ward 6 Councilman Tyrone Hendrix said he normally has concerns over the council being required to make a decision at the last moment, "but in this instance I have more specific problems with this because the head of the company is not an engineer."

Ward 3 Councilman Kenneth Stokes raised issues with LeBlanc's qualifications, referring to her B.S. in Business from the University of Phoenix as a "mail-order degree."

The Clarion-Ledger reported that LeBlanc had held an unreported campaign fundraiser for Yarber in Texas during his 2014 campaign for mayor. Trilogy and LeBlanc are also included in an online list of contractors on the City's website.

Yarber said after the meeting that the vote was "political."

"Protecting our citizens is the priority. The issue of public drinking water should not be a pawn in anyone's political agenda," Yarber said. "The council's inaction delays the City's ability to meet the compliance requirements and ensure the City is doing everything possible to deliver safe drinking water to the public."

As the citizens across Jackson wonder about their water, as of press time, the mayor's office said it was still reviewing the available statements of qualifications from a list of engineering firms to select another candidate for corrosion study. The council must approve that contractor, and if the council does not accept the next candidate, the process could start all over again.

CORRECTION: The Mississippi Department of Health is changing their policy so that they alert homeowners immediately if the tests show lead, not how often they test. A Jackson City ordinance however will require annual testing.