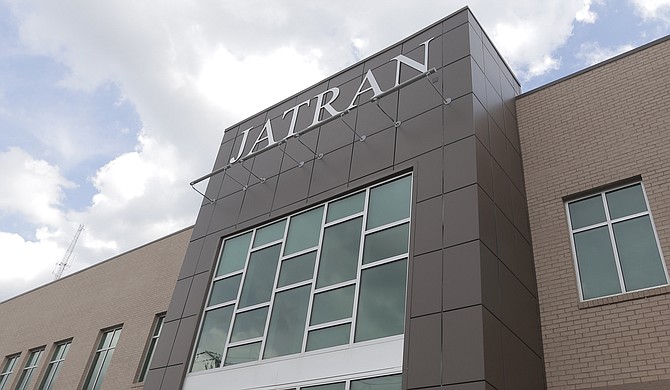 Some Jackson City Council members are opposed to moving full control of JATRAN into the City as its relationship with contractor National Express sours. Photo by Imani Khayyam.

JACKSON — The Jackson City Council deliberated handing the mayor the authority to terminate the contract with the company that maintains the JATRAN fleet during its last regular meeting on July 12, while moving toward leasing more buses in August.

Ward 3 Councilman Kenneth Stokes introduced the authorization legislation, which failed to pass in favor of allowing for more time for discussions between contractor National Express and the City administration.

National Express responded to the council through a statement the day of the meeting, explaining the current state of the fleet.

"Currently, there are 16 vehicles, of the 40 total, that are not in service due to bad engines, transmissions or turbos," National Express stated. "From October 1, 2015, we have provided solutions and options to the City to bring the available resources to the levels necessary to provide service as published in the route schedules. We are waiting (for) the City to set direction for us." 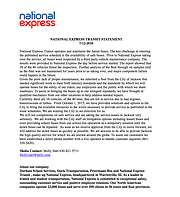 The contractual relationship between the City of Jackson and National Express means that any large costs that are not related to maintenance, like purchasing new engines or buses, is passed on to the administration, and the council must approve the expenditures.

"As soon as we receive approval from the City to move forward, we will address the down buses as quickly as possible," National Express stated, adding that one possibility is using school buses to supplement the current fleet to address missing routes.

The day after the meeting, the administration delivered to the council a staggered plan, written by Director of Planning and Development Eric Jefferson, for the next two months and then for the next six months. 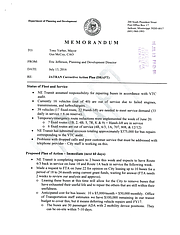 For the six-month plan, the City intends to use Federal Transit Administration, or FTA, funds to lease up to 10 buses for a period of 18 to 24 months using grant funds that the city already has, pending approval from the federal agency. The July 13 memo from Jefferson states that before the council meeting, he and Chief Administrative Officer Gus McCoy met with the regional administrator of FTA, who confirmed to them that leasing buses with the federal dollars was permitted after proper paperwork outlining the justification.

The City is currently working on the paperwork necessary for FTA approval.

If the city council agrees with the plan after FTA approval, Jefferson estimated that they would have the leased buses in service by Aug. 8.

While the council considered handing the mayor the authority to cut the contract, some members do not believe that it is the appropriate time to move the operations back into the City's infrastructure.

"I'm listening to the people that ride the bus, and I'm looking at the consequences of no bus service if we did anything quickly without the City having planned for it. We don't have a plan right now to organize a new bus system," newly elected council Vice President Margaret Barrett-Simon of Ward 7 said. "That's going to take some work."

A June 19 memo from Jefferson explains that moving operations National Express currently manages would require an additional 70-plus positions within the City, a move that he wrote was "ironic at a time when the City is furloughing and considering significant layoffs."

June 19 Memo on Transitions for JATRAN 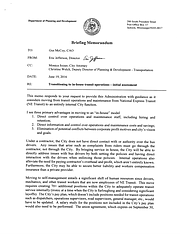 "I would rather fix the problems with this company right now and then down the road, as quickly as we can look to an alternative," Barrett-Simon said. "But right now no one has that alternative on the table."

Ward 2 Councilman Melvin Priester Jr. said he wasn't sure that the council was receiving all the information about the costs associated with the transit system.

"We have come to find out that the costs were not true. We would have budgeted differently."

But at least some of the council agrees on the need for a plan, both in the short term as well as for the future.

"Right now, the council and the administration are working together to address the problem."

But Ward 1 Councilman Ashby Foote said the proposed item would not have addressed the immediate needs of the citizens for reliable transportation.

"But that doesn't solve the problem," Foote said. "What we need to be focused on is a plan of action to get the buses fully running for all the bus routes."