The Battle for the Jackson Airport: Can the State Take It Away? | Jackson Free Press | Jackson, MS

The Battle for the Jackson Airport: Can the State Take It Away? 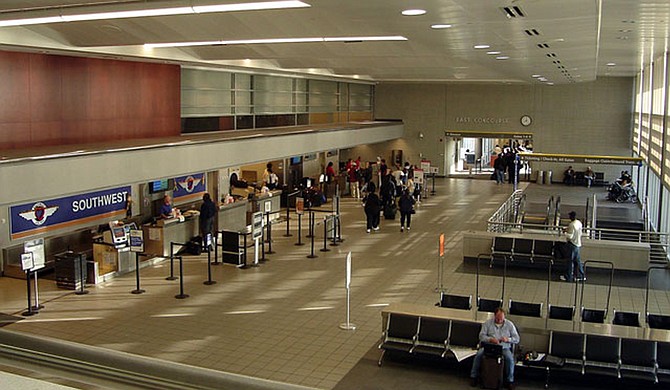 It's not exactly Tom Cruise's Maverick flipping off a Russian fighter pilot in "Top Gun," but a dogfight is shaping up over control of the Jackson airport.

The issue first arose toward the end of a Jackson City Council meeting, when Ward 3 Councilman Kenneth Stokes said he heard murmurs of a possible takeover of the airport, officially known as the Jackson-Medgar Wiley Evers International Airport.

"If there's legislation to basically take over the Jackson municipal airport, and (there are) people who worked hard to put Medgar Evers' name on the airport, it's going to be a fight," Stokes said at the Dec. 29 council meeting. 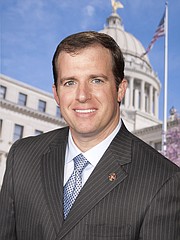 State Sen. Josh Harkins, R-Flowood, wants to give governing authority over the Jackson municipal airport to a seven-member board because, he says, it deserves regional representation. Photo courtesy Josh Harkins

Harkins said he is still drafting the bill. The legislation does not "de-annex" the land Jackson bought from Rankin County in the early 1960s and annexed into the city. Nor does it change its name, which Harkins said he would not support. Rather, the legislation, if successful, would replace the current five-member board of commissioners, whom the mayor of Jackson nominates and the city council approves, with a seven-person commission. Hinds, Rankin and Madison counties would each have two members and one at-large member, all of whom the governor would appoint.

The state senator called the airport a huge economic-development driver that shuts out Rankin County because the county doesn't have a voice in operational decisions.

"It's similar to the wastewater issue we have," Harkins said. "If anything wants to be developed in the city of Jackson, it's got to go through the City of Jackson to get approval. When one county or city is controlling development or economic development in another county, more than likely (other cities and counties) would want a seat at the table."

The wastewater issue Harkins raises refers to a dispute between the City of Jackson and West Rankin Utility Authority over sewage treatment. Jackson treats sewage from municipalities, including members of the WRUA, for a fee. In early 2015, WRUA moved ahead with plans to construct its own wastewater facility, which would cost Jackson about $5 million in annual revenues and could result in another increase on Jacksonians' sewer bills. Through court records and public statements, WRUA argued that the current arrangement is unfair because Rankin County and its citizens have no say in how Jackson runs its wastewater facilities.

"Jackson wouldn't want to be relying on Rankin County to dictate growth in Jackson or get permission from the board of supervisors in Madison to do something in north Jackson," Harkins said.

The question of regionalization is at the heart of both the wastewater dispute and the airport proposal. Jackson's argument has long been that the capital city, the most populous in the state and the economic engine for the region, deserves the loudest voice when it comes to control of major regional institutions. Therefore, any attempts to put smaller cities on equal footing reduces Jackson's clout, the argument goes.

"They've been doing Jackson wrong for a number of years because it's a black-majority city. When Jackson was a white-majority city, we didn't have to worry about these kinds of issues," Stokes said.

Harkins: Race Not a Factor

"It's ridiculous to sit there and say this is a racist move on my part," Harkins said. "There's no race whatsoever in this initiative I'm trying to do, this bill I'm trying to bring forward. To assume that is just ridiculous."

He added that he is open to including language in the bill designating one or more seats on the reconfigured commission for Jackson representatives.

Harkins said Charlotte, N.C., is a model for his legislation. The Republican-controlled North Carolina General Assembly passed a bill in 2013 to take oversight of the Charlotte Douglas International Airport from the majority Democratic Charlotte City Council and give it to an 11-member commission. Charlotte countered with a lawsuit in state court, which resulted in an injunction that left the airport in Charlotte's hands.

Since 2013, legal fees related to the lawsuit have topped $1 million, The Charlotte Observer reported in October 2014. Charlotte also asked the Federal Aviation Administration to intercede, but the agency—which is headed by former Charlotte Mayor Anthony Foxx, who recused himself from the issue—said it would not weigh in until the court battles are resolved.

Stokes believes the FAA would come to Jackson's rescue. "I don't see how the state can take our airport. Most of the funds that come to the airport in most cases are federal funds, and it's got to be a federal question if federal funds are coming to that airport," he said at the council meeting.

Mayor Tony Yarber said the issue is bigger than Harkins, calling it "an executive-level conversation," implying that the legislation is on Gov. Phil Bryant's wish list. Bryant, a Republican, lives in Rankin County.

"My immediate response was that's not going to fly with this body," Yarber said, referring to the Jackson City Council.

Ward 4 Councilman De'Keither Stamps said the City should combine its lobbying strength with the airport as well as the Mississippi Municipal League in the coming legislative session. Hinds County officials said the county's lobbyist will also follow the issue this session because restructuring the Jackson airport's governance could affect funding for Hawkins Field, which is not self-sufficient without support from the Jackson airport.

"When they take over the City of Jackson's airport, that may just be what they feel is the low-hanging fruit," Stamps said, adding he believes the issue is a slippery slope to more takeovers: "They're coming after all of the airports that are controlled by municipalities."