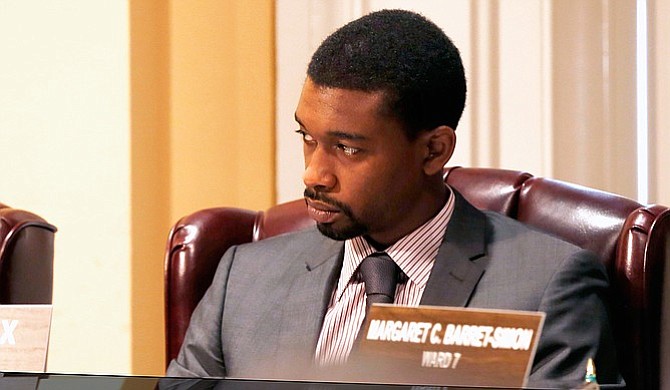 The sore subject of inadequate rental housing in Jackson, and how best to regulate, register and inspect it, packed a Jackson City Council public hearing Tuesday evening. Ward 6 Councilman Tyrone Hendrix floated an ordinance to the public that would require inspections before new tenants could move in to rental units.

It's an open secret that many rental-property owners do not live in the neighborhoods where they rent out property, and some not even in the state. And much of the city's housing is in substandard condition, if not crumbling outright. 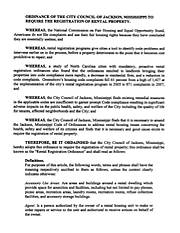 Hendrix said he wanted to spearhead a deeper look into the sources of the problems that plague rental properties in Jackson. "We have to start the conversation, and maybe this ordinance is what we need to start that conversation," he said.

But an attorney representing several owners of apartment complexes responded that the City of Jackson isn't doing its part. "The city has an existing ordinance that requires inspection," local attorney Robert Ireland told the council. "Those inspections are not getting done, according to all of the property managers that I have spoken with."

The City is required to inspect rental properties, but city officials admitted Tuesday night that no properties in the Jackson are being inspected.

None of the council members knew the exact number of inspectors the City employs, but Hendrix offered an explanation for why inspections have grinded to a halt. "Inspections are not being done right now by the City of Jackson per the ordinance because in the ordinance the inspectors were under the Department of Planning," Hendrix said. "Since Mayor (Tony) Yarber has taken office that function is now within Community Improvement, which now falls under the Police Department."

"So, an ordinance would have to take place to shift the duties from Planning to the Police Department in order for the inspection to take place at all."

Ireland said that the regulation change would be too extreme for property owners. "What the new ordinance requires is not only additional inspections but on the order of 25,000 inspections a year," Ireland said, citing recent census information.

Local landlords packed the council chambers to voice opposition to the new regulations, including the notion of additional fees, including what would be an annual $25 registration charge per property.

"We don't have the manpower to do this," property owner Waddell Nejam said. "And it looks like everywhere else they tried to implement this they were challenged."

Nejam's company manages and owns several properties in Belhaven and the surrounding area. "I think we have enough fees and not enough services. You see the protest here tonight. This is probably passed on to the resident, and it is hard enough to get people to rent in Jackson as is," he said.

Others addressed the problem of "bad landlords" directly.

Hendrix suggested a meeting in the near future to address the issue of "slumlords" directly. He emphasized that the ordinance as discussed was not on the agenda of the council. "These are the types of conversations we have to have with diverse individuals in the room," he said.

Ward 5 Councilman Charles Tillman challenged everyone in the room to face the problem of substandard housing in Jackson. "If you ride through the city you see what I see," Tillman said at the end of the meeting. "That's all I need to say about that. And I hope you aren't satisfied."

Earlier Tuesday, the council's planning committee voted to recommend that the full city council put blighted properties up for sale for neighbors to buy for as little as $10. The Neighbors First Lot Program allows for more than 4,000 surplus or vacant city and state properties to be sold first to the property owners that reside to the left and right of the lot. After a period of 180 days, if the land is still not claimed, the property will then be available to residents in the greater Jackson area.

The most important point reiterated by the committee members was that the property should go to local, personally invested owners, not out-of-town landlords.

"I love everybody, but I love the people that live here first," Ward 4 Councilman De'Keither Stamps said.

The scale of pricing will depend on two factors: who is buying, and whether there are buildings on the property. For neighbors, the cost will be $10 for vacant property and $50 for property with a building. For everyone else, after the 180-day period, the prices will be $100 without and $250 with any structures on the premises. The city plans to implement a full rollout of the plan at an unspecified date.