Thigpen: ‘No Such Thing’ as ‘Private Charter Schools’ 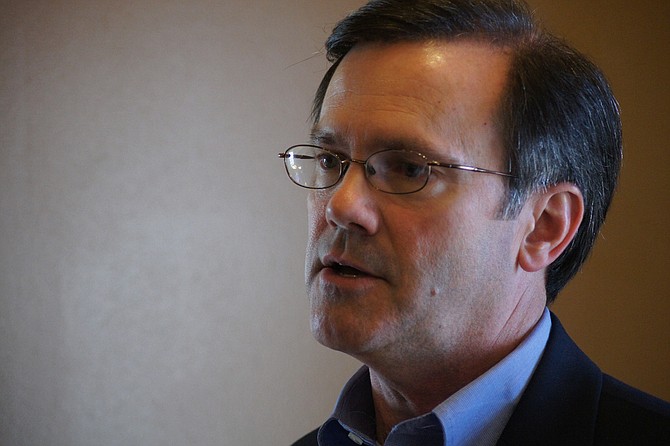 Mississippi Center for Public Policy President Forest Thigpen, on the other hand, says there is no such thing as "private charter schools." When he sat down with the Jackson Free Press in January, the member of the Mississippi Charter School Association insisted that charter schools not only play fair in the state of Mississippi, but have the ability to change the game of Mississippi education by encouraging competition amongst public schools.

The Delta State graduate often rubs shoulders with Mississippi's political elite. He has worked extensively with former Gov. Haley Barbour, appointed by Barbour to his commissions on tax study and charter schools.  Thigpen also served twice on the Mississippi Advisory Committee to the U.S. Commission on Civil Rights.

What is the main difference between public schools and charter schools?

So you're saying charter schools, once established, are part of that school district?

They aren't. The biggest difference between charter schools and public schools are charter public schools come under the authority of the Mississippi Charter School Authorizer Board.

How are charter schools funded?

There is no taxpayer money available for start-ups. Until the school actually starts operation, they have to get the building ready, hire staff to be training them, and they have to raise private money. But then once school starts, the charter schools get the same amount of (tax) money per child as the regular district gets. Some of that comes from the state, federal programs, school lunch, etc. And then local district funds have to be provided, too.

If your child was in a school where they were not being taught adequately for whatever reason—bad leadership, bad teachers, too much chaos around—and you can't afford to move to (a place like) Madison County, you're stuck. You have no options.

The focus of our education system ought to be on children, not on a system, not on adults. It certainly wouldn't be stealing (from public schools). Secondly, this is money provided by the state, so.

Minority parents are still less on board with charter schools. Why do you think that disparity exists?

During the charter-school debate, originally, for the current law, there were black legislators that said, "I see the value of it and would like to have one in my district, but I can't vote for it" because the term "charter schools" has become toxic, because people have been told that this is a segregationist thing, that white people are trying to create a substandard system for black children.

I know that's not true, but that's the notion in my community. Actually I'm surprised it doesn't show lower support in the black community because the rhetoric has been so heavily toward the idea that it is a racist thing.

How is the board of directors chosen for what many call "private" charter schools?

No such thing as a private charter school, but they are operated by a nonprofit, which is not a government entity. It is a private entity that is created for the purpose of running the school (and) has a board that's designated by whoever set it up. Then I think there's a provision in the law that requires ... after the first year for parents to be able to elect a board.

So to reroute to "private charter school terminology"—why do you think people say that?

One of the big talking points in opposition to charter schools when the debate was going on, and even now, I guess, is that somehow there are private companies that own charter schools and are making millions of dollars.

And that's not true?

I think if they change the law to allow kids to cross district lines, I think you'll see some charter schools in A, B, and C districts that'll be set up, and they'll try to recruit students from other districts, maybe from failing districts, to come to those charter schools.

Why would a charter school be an appealing option in an A school district?

It could be sort of like a magnet school. That might be an attraction, especially in Madison County, where the schools are large, and there are students who may prefer a smaller school.

Regarding failing school districts: Why are charter schools the appeal? If charter schools are public, then why not just invest more money in traditional public schools?

There is no evidence that adding money in failing school districts will cause them not to fail. In fact, almost all of the worst-performing districts are the highest-spending districts.

If charter schools have so much freedom to do better or more, then is it feasible to expect regular public schools to adopt those changes?

That's one of the elements of having competition in anything. In any portion of the private sector where there's competition generally, usually prices will fall, and quality improves. You have Apple and iPhones, Google and Androids. If those weren't in the market to compete, there really wouldn't be any incentive to improve, unless there were just a desire to improve.

And even if there were a desire to improve the public schools, it doesn't mean that people in regular public schools have no interest, but their interest would be due to just a personal interest. But if there's that thought that "I could lose my 'customer,'" then I could lose the income for my school, I could lose teachers for my school. So I'm going to find out what I need to do to serve that parent better so they don't leave, or to improve so much that if they have left they'll want to come back.

Sierra Mannie is an education reporting fellow for the Jackson Free Press and the Hechinger Report. Email her at [email protected]. For more education stories visit jfp.ms/education.

See the factcheck on this story here.