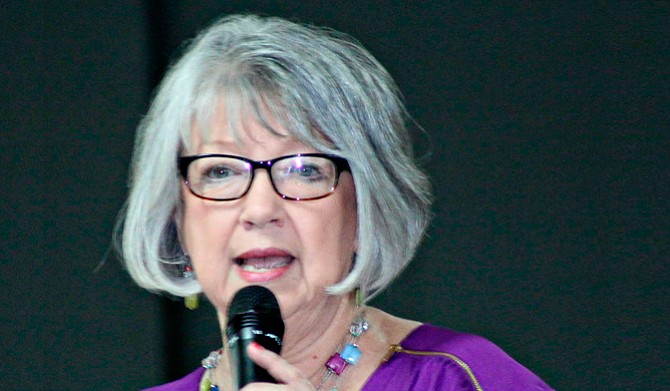 Despite the insistence of "school choice" supporters that charter schools are public schools, Helmick, like many, remains skeptical. School choice is a hot topic in Mississippi education, with two charter schools already operating in Jackson Public Schools, and two more expected to open in the district this year. With education policy led by the Republican supermajority of the Mississippi Legislature prioritizing vouchers, charter schools and traditional private institutions over a fully funded education budget and well-paid teachers in public schools, Helmick says that leaders aren't giving public schools the opportunities that they're due.

Why do you call charter schools "private"?

The reason it's private is because the public does not own it. It's a business that is getting taxpayers' money. The laws do not apply to them the same as our public schools. They can choose or reject students the way that they want to. And public schools can't—we take everyone, we educate everyone; students are supposed to go to our schools, and they go.

That's not the way charter schools are set up. Their teachers aren't under the same regulations as our public-school teachers, both as, for example, their certification does not have to be the same as ours, and they don't have to the same things public schools do.

Private charter schools are taking money from public schools, and thus away from students. That minimizes the resources available for students, and minimizes the amount that will go into a district or system that will provide the resources that these teachers need. Maybe they won't have the money for the assistant teachers in the kindergarten classroom that they need so desperately, and then put teachers in those classrooms that don't have to be certified. It minimizes the importance of our teachers and our public schools. It says it's OK for people to teach your students who aren't certified, practiced, who aren't trained, and minimizes the importance of teachers who are all those things.

Do you think it's a deliberate attempt?

Absolutely. It's an attempt to minimize the important of public schools all the way around.

How would you respond to comments that public schools are failing students?

In other districts we don't have enough books for students to take home or to use in their classrooms. We have some books that are so outdated that the students know the information is wrong. It hurts our districts because we don't have the resources, enough great teachers in those classrooms. The ones we have are great, but some of them are temporary—only want their loans paid for, and then they're gone.

And I'm not positive how this happened, or how it happened, (but) there are over 400 teachers from foreign countries teaching in Mississippi. This was in a school 45 minutes from Jackson, Mississippi. There was a teacher shortage. Here we are in the Jackson area. It's almost impossible to find enough teachers to fill those spots.

Are not enough teachers graduating from Mississippi colleges, or are they being tempted by better-paying teaching jobs outside the state?

I was at a school in the beginning of the year (where) I spoke to students who were going into practice teaching, where a year, two years ago, this program would've had 35 or 40 students. I spoke to seven. Our largest university, meaning the university that traditionally has the most students leaving there going into the education profession, the University of Mississippi, they have gone from three to 400 students in the past five years to down to 200. All of the schools, private and public, are losing education graduates.

What's missing from the pro-school choice argument? What aren't they telling us?

These are the problems. If you don't have what helps us improve those schools, the schools aren't going to be what parents want them to be.

Are people blaming educators and not the government?

Let's put it this way. The rhetoric is to blame the educators, the school systems, the superintendent. But if you go to a town in Mississippi, and you say to people, as evidenced by (Initiative) 42, "do you believe in our public schools?," the overwhelming majority will say yes. Many will say that they need more assistance. But there is community love for their schools.

We don't have people who live and work in the community who say they don't want the school there. They do. They just want it better. The general talk with leadership is they want to privatize schools. So talk badly about it in the news. Say bad things about the students, and the teachers, and then don't give them the funding that they need to improve. Instead of saying, "Here's a public school that needs improvement, let's make sure that every classroom has a high quality teacher and the same amount of opportunity," they just don't.

Sierra Mannie is an education reporting fellow for the Jackson Free Press and the Hechinger Report. Email her at [email protected] press.com. For more education stories visit jfp.ms/education.

See the factcheck on this story here.