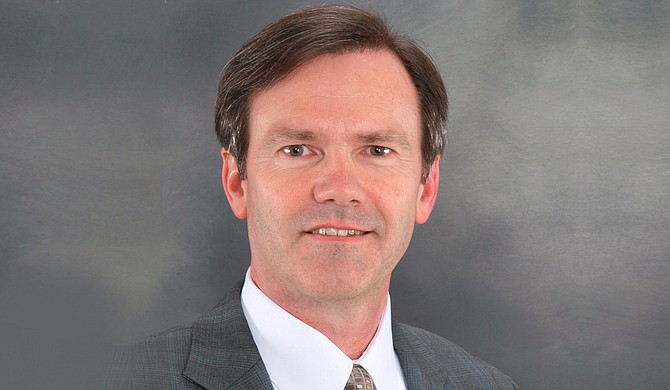 JACKSON — Within 36 hours after the Mississippi Senate passed House Bill 1523, co-sponsor Rep. Andy Gipson, R-Braxton, took up the bill first thing Friday morning, telling the House that reporting about the bill has been biased against it.

"Ladies and gentlemen, don't buy the deceptions, the untruths of these articles that you've seen. The talking heads—they're wrong. This is an anti-discrimination bill," said Gipson, chairman of the House Judiciary A Committee, told the House last Friday. 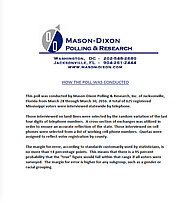 Gipson told the House that the majority of Mississippians were in favor of the bill, citing a poll sponsored by the Mississippi Center for Public Policy, a conservative policy organization. The poll showed that 63 percent of people polled favor the protections offered in House Bill 1523 to people and organizations, who act on their religious "conscience."

Forest Thigpen, president of the Mississippi Center for Public Policy and one of three registered lobbyists for the group, told the Jackson Free Press today that his organization paid Mason-Dixon to ask the question, which was a part of a larger poll. The organization drafted the question itself, but once the question got to Mason-Dixon, the Center was not involved with the methodology for conducting the poll. The center released the poll last Friday.

The Mississippi Center for Public Policy supports the bill, and Thigpen said the center sometimes comes out and supports legislation.

"One of our main purposes is to help people understand what's really in legislation so that's what we're seeking to do," Thigpen told the Jackson Free Press. "We work to help defend liberty and advance the ideals of free markets, limited government and strong families."

The question that 625 Mississippi registered voters were asked via phone—some landline and some cellphone—from March 28 to March 30 is below:

The poll showed that 63 percent of the 625 Mississippians polled would fall into the "support" category in the above question. The survey breaks down respondents by sex, race, political party identification, age and congressional districts.

The list of businesses against House Bill 1523 is growing, including the Mississippi Economic Council, which is the state's chamber of commerce for national and state-owned businesses and corporations. Their statement is below:

"As the State Chamber of Commerce for a state that has proven its hospitable and business-friendly approach, MEC opposes efforts that would intentionally or unintentionally prevent Mississippi businesses from implementing and enforcing non-discrimination policies or that would limit diversity and inclusion impacting their customers and employees. HB 1523 conflicts with this policy."

The House voted on Friday to concur with the Senate's changes to by a vote of 69-44, but Rep. Jay Hughes, D-Oxford, held the bill on a motion to reconsider.

House Bill 1523, originally authored by House Speaker Philip Gunn, came back to House for concurrence after the Senate made some changes, and the deadline for concurrence on general bills is not until April 14.

Read more about HB 1523 and other LGBT coverage at jfp.ms/lgbt. Email state reporter Arielle Dreher at [email protected]. Follower her @arielle_amara on Twitter.