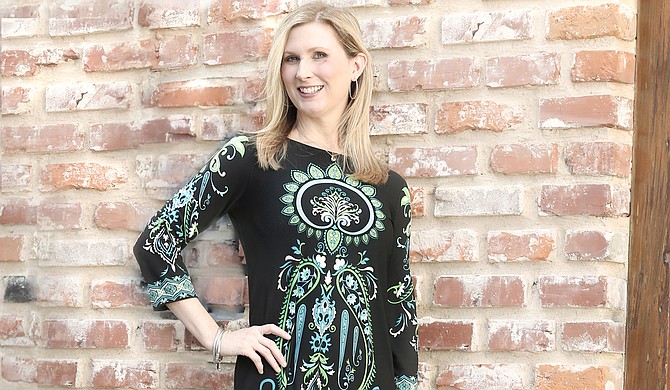 When she first started practicing yoga in 2004, Melanie Vail Fuller says she didn't see herself becoming a yoga instructor.

For her, it was a way to cope with tragic circumstances. Her brother, Matthew Vail, died in a motorcycle accident in 2000.

"I was lost and heartsick for many years," she says. "While vacationing, a girlfriend invited me to a yoga class. I immediately knew that yoga was going to be something special to me. I had never experienced an exercise form that nurtured the heart, mind, body and spirit."

She says that during the final relaxation in that class ("savasana," or what she likes to call "adult nap time"), she started crying.

At that moment, she realized that yoga was going to become a part of her life. She says she came back to Jackson to find a thriving yoga community and family. She met Tara Blumenthal, who owns Tara Yoga. "We were students at the same time," Fuller says. "She chose a more accelerated route. ... I think we both found that yoga was something that we wanted to explore, and she decided to become a teacher much sooner than I did. Tara and I were soul sisters in mutual loss. When you've experienced that kind of loss, it takes another person to understand," she says. Blumenthal had lost both of her parents earlier in life.

They started the process in May 2014, and after a 200-hour curriculum that included lecture, practice and lessons in areas such as philosophy, fundamentals and anatomy, and teaching practice, she earned a RYT-200 instructor certification with Yoga Alliance, a nonprofit organization that represents yoga teachers, schools and studios, this year.

Fuller, a Hinds County native, received her bachelor's degree in biological sciences from the University of Southern Mississippi in 1999. She began working for the Mississippi State Department of Health in 2002, where she is now a quality improvement coordinator. In that position, she ensures that the department's programs provide good customer service and that they are performing as efficiently and effectively as possible. Her husband, Shane Fuller, works for the Mississippi Department of Rehabilitation Services.

She says that because her brother was a daredevil, she likes to do things that would make him proud, such as jumping out of airplanes, climbing mountains ... becoming a yoga instructor. He's also the reason she keeps the name Vail. "Because my brother is not here to carry his name, I carry it for him," she says.