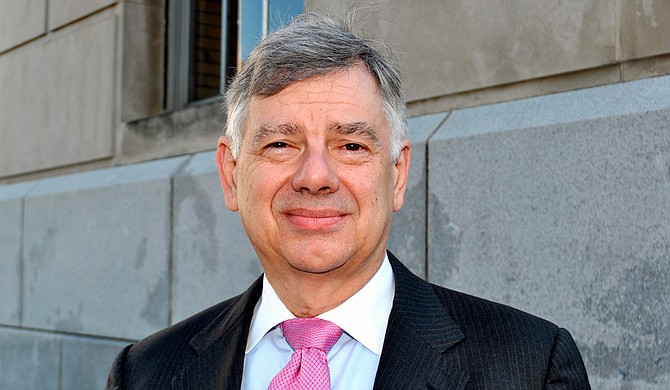 David Watkins, a Jackson developer, turned himself in to authorities on Wednesday, Nov. 8, after he was indicted on two counts for embezzling more than $500,000 in bonds.

David Watkins said he wants "fair compensation" in exchange for dropping the legal challenges that are holding up the development of historic Farish Street.

What is fair is subject to wide interpretation, however.

"If they paid me the $4.5 million, of course I'd walk away," Watkins told the Jackson Free Press, referring to his personal fortune he claims to have invested in the development of the Farish Street Entertainment District.

Last week, Hinds County Chancery Judge Dewayne Thomas issued a ruling that nullifies liens he placed on buildings in the historic district. The dispute started in 2013 when the Jackson Redevelopment Authority, which owns the property in the proposed entertainment district, terminated the master lease of the Farish Street Group, which consists of Watkins and several other partners. In turn, Watkins' development firm filed liens against the property. Another firm, Dale Architects, also filed liens and that matter remains pending in the courts.

JRA argued, and Judge Thomas agreed, that Watkins is not a construction company and could not place liens on public property. Watkins said he plans to appeal to the Mississippi Supreme Court if necessary.

"I'm disappointed, but it's not the end of the litigation," Watkins told the JFP, calling the dispute an "important policy issue" that a higher court should weigh in on.

Watkins said the lien issue is just a small part of his claims, including that JRA is in breach of contract and that JRA's attorneys from Jones Walker have negotiated in bad faith. The parties met for a confidential mediation session earlier this year that Watkins called a "failure" and said he now just wants "fair compensation" for his company's investment.

Mark Herbert, an attorney for Jones Walker, said his firm isn't the issue and lawyers take their direction from their clients, JRA.

"I don't know what to tell Mr. Watkins," Herbert said. "He has not come up with a realistic settlement proposal in any of the discussions that have gone on to date. They have been pure fantasy with his inability to recognize his legal position."

In the meantime, JRA is still working with the City of Jackson to resolve the issue of $1.5 million that the U.S. Department of Housing and Urban Development wants refunded because of Farish Street's lack of progress.

As a result, HUD barred the city, JRA and others involved in Farish Street development from working with HUD funds, a significant source of revenue for Jackson and other cities. The city was working out a three-year payment plan with HUD of $503,603 each year for three years, commencing 2016, but JRA offered to pay the $1.5 million on the city's behalf so that redevelopment could commence right away.

Earlier this year, four new commissioners joined the JRA board and are still getting up to speed on the litigation while the city mulls JRA's offer, Johnson said.