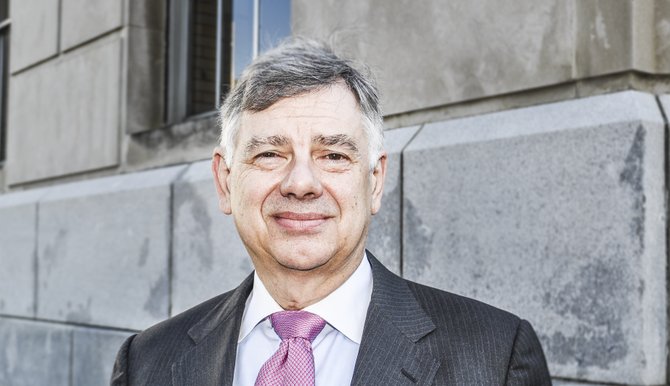 Facing suspension from U.S. Department of Housing and Urban Development-funded programs over Farish Street handling, David Watkins told HUD he won’t go down without a fight. Photo by Trip Burns.

David Watkins, the Jackson attorney and developer who has been under fire for his handling of the Farish Street revitalization, is defending himself and his company against a scathing federal review of the project.

The U.S. Department of Housing and Urban Development, which provided $1.5 million in community-development block grants to purchase buildings on the historic street, blasted Watkins, the City of Jackson and the Jackson Redevelopment Authority in a report it sent to local officials in September.

HUD not only demanded that Jackson repay federal grant funds because of the slow pace of development, but the agency also barred Watkins and a former employee from working with any HUD-funded programs.

"I, my partners and Mr. (Jason) Goree are suffering extreme anxiety and damage to reputations from this inaccurate and libelous report," Watkins wrote in a letter to Stanley E. Field with HUD's compliance division in Washington, D.C.

Watkins also requested HUD to retract the entire monitoring report, to lift what he calls the illegal suspension of his companies—Farish Street Group LLC and Watkins Development LLC—as well as Goree, who now heads the city's economic-development office. Watkins also asked for sanctions against federal employees who worked on the report and for an U.S. Justice Department investigation to determine if criminal statutes were broken that resulted in the violation of his civil rights.

A call to the office of Frank Mason, the HUD officer who signed off on the HUD monitoring report sent to the city was not returned by press time.

A former bond attorney for the Jackson Public Schools district, Watkins became a millionaire and got involved with development, carving out a reputation for piecing together deals that led to the successful renovation of the King Edward Hotel and the Standard Life Building downtown.

In his letter, Watkins remained hopeful that the Farish Street revitalization, which he says was beset by the Great Recession along with many other economic-development projects, can provide a huge economic lift to Jackson and provide as many as 700 jobs to the community.

Financial documents marked "confidential" included in Watkins' 148-page response show that the project would cost approximately $40.4 million, using a combination of loans including $5.5 million from the Mississippi Development Authority, $10.2 million from JRA, $9.9 million in new-market tax credits and $12.6 million in historic tax credits.

To date, Watkins' documentation shows that $11.8 million has gone toward construction with another $28.6 million needed for construction, $4.6 million for FF&E (furniture, fixtures and equipment) and $8 million for debt service and legal fees.

In issuing the damning report, Watkins alleges that local HUD employees and their agents are attempting to "achieve an unethical and improper advantage in pending litigation matters."

Since last year, Watkins has been waging multi-front legal warfare over Farish Street and other projects. Last fall, when the JRA yanked the master lease for the project out from under Watkins, he placed liens on the properties to keep them in legal limbo. Earlier in the year, in February 2013, contractors Ellis Custom Construction and Dale Partners Architects, P.A. also filed liens against Watkins for non-payment for completed work on Farish buildings.

Separately, Watkins is sparring with former partners in a venture known as Retro Metro LLC, which renovated parts of Metrocenter on U.S. 80 and is represented by Jones Walker, which was also JRA's attorney until late August.

"Jones Walker, the law firm that represented and advised the JRA through ALL of these proceedings and transactions, failed to even disclose to FSG (Farish Street Group) or Watkins that there were HUD restrictions on the property," Watkins said in a statement to the Jackson Free Press. "No restrictions or requirements were EVER put in any contract with FSG and JRA.  Their complicity in all of this is clearly demonstrated when you realize that they are the party that is primarily culpable in any kind of wrongdoing with the HUD process and they are not even mentioned in the HUD report, much less suspended."

Mark Herbert, a Jones Walker attorney and chief counsel representing JRA in its lawsuit against Watkins in the dispute over the Farish Street liens, Watkins' allegations that the firm helped negotiate the HUD report are "completely false." The parties had been hopeful that a mediation that took place last week would settle the dispute, but the sides did not reach a settlement, Herbert said.

For all intents and purposes, no work on Farish Street can take place with the HUD report hanging over the heads of the city and JRA. HUD has put the city on a repayment plan of $503,603 each year for three years, commencing 2016.

In the meantime, JRA, which is a separate quasi-governmental body, is considering paying the $1.5 million itself. The city's timeline of starting repayment in 2016 would prevent JRA from moving forward with development plans on Farish Street as well as with other JRA projects that use HUD money, JRA officials said.

The city of Jackson is likely to appeal a recent court decision that would could cost the already cash strapped capital more than $500,000 in fines.

A federal jury recently awarded a Jackson developer $600,000 from the City of Jackson following a jury trial. U.S. District Judge Louis Guirola presided over the jury trial, which began Sept. 29 and concluded Oct 2.

In 2012, Don Hewitt of Advanced Technology Building Solutions filed a civil-rights lawsuit against the city, then-mayor Harvey Johnson, the Jackson Redevelopment Authority and JRA officials for what he characterized as violating "the natural right of a person to do business" by blocking his attempts to develop three real estate projects in Jackson—most notably the Deposit Guarantee Building, now known as the Regions Building.

Furthermore, Hewitt, who is black, claimed that Johnson blocked economic development projects to which he personally objected, which represented a violation of Hewitt's due process rights. Another part of his suit alleged that two white members of JRA "acted in conspiracy with racial animus" to deprive his company of opportunities.

Guirola ordered Hewitt to recover $600,000 plus costs and 1 percent interest. JRA and its officials must pay their own costs, the judge ruled.