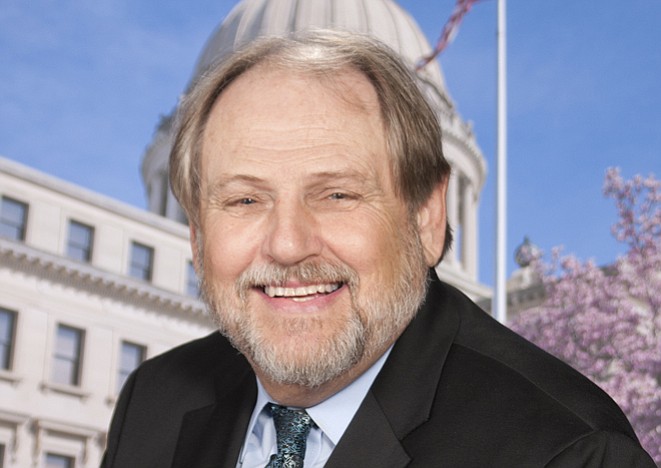 A bill from Democratic lawmaker State Rep. Bob Evans from Monticello is raising eyebrows because it contains what appears to be discriminatory language regarding parental custody rights and sexual orientation.

The measure, House Bill 714, would amend the state Constitution to "create a rebuttable presumption that placing a child in the sole custody, or joint physical custody of a homosexual parent or person is not in the best interest of the child."

Legal dictionaries define "rebuttable presumption" as an assumption made by a court, which is assumed to be true unless someone comes forward to contest it and prove otherwise.

Evans' bill has sparked outrage among LGBT advocates and confounded fellow Democrats, who maintain that Evans is far from a bigot.

However, as of press time today Evans has not responded to phone messages left on his cell phone Friday and this morning.

Moak, an attorney, said the rebuttable-presumption provision could mean that the bill puts a greater burden on the state to prove the claim that homosexual parents are not in the best interest of a child.

"Bob has evidently researched. I think he would be happy, more than happy, to talk with you about it. But what you have just told me, he's basically saying, give a child to a same-sex couple, you're going to have to show the court why that's not appropriate," Moak said.

Rep. Evans is also not responding to requests through his social media sites to explain the bill, which only adds to the mystery of his motives. On his public Facebook page, he is described as a "pro-life Democrat."

"The Democratic Party is broad enough to include people like me who, while very liberal in many respects, are personally pro-life," Evans wrote on Jan. 23. He added: "My personal pro-choice 'choice' is pro-life. If that's a contradiction, then so be it. BUT I won't try to extend my personal beliefs to control yours."

Evans has also taken positions in favor of Medicaid expansion, which has met resistance from the Republican leaders in Mississippi and has wide support among legislative Democrats. Over the weekend, rumors swirled that the bill would be withdrawn, but as of today it remains active. It is assigned to the Judiciary A Committee, which Rep. Mark Baker, R-Brandon, chairs.