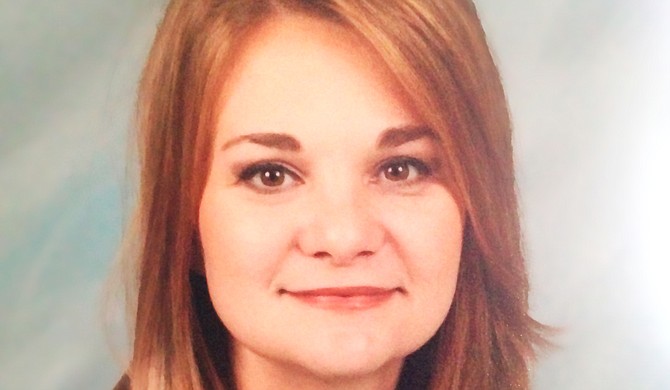 Ashley Douglas, a third-grade teacher at Enterprise Attendance Center, is worried about her students because of a literacy test that will determine if they go on to fourth grade. Photo courtesy Ashley Douglas

On the Feb. 3 bill deadline in the Mississippi Legislature, committee chairmen—like the katana-wielding Uma Thurman—swiftly killed several bills aimed at helping educate Mississippi children, creating a music industry in the state and clearing up election law.

With less than a month left in the session, lawmakers instead are honing in on legislation they really want, seemingly in order to benefit either their citizens or their chances during election season.

The deadline required committees to take action on general bills originating in the opposite chamber. If they didn't act, the bill died. Both chambers' tax-cut plans are up in the air and will be subjected to a March 17 deadline for legislators to discuss appropriation bills on the floor. Lawmakers do have a chance to revive some of the dead legislation by stuffing it into other appropriation bills.

Still, legislation that could have significant impacts on Mississippians is active, like bills to ban texting and driving, eliminate the vehicle inspection sticker and give vouchers to students with special needs.

Teachers across Mississippi felt some sense of relief when the possibility of the third-grade reading gate being delayed arose in a legislative amendment weeks ago. Rep. Rita Martinson, R-Madison, designed House Bill 745 to exempt students with special needs—those with individualized education plans—from being held back in third grade if they didn't pass the literacy test. 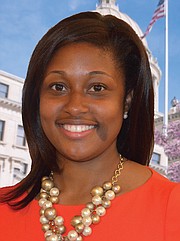 Rep. Lataisha Jackson, D-Como, offered a measure to delay the third-grade reading gate one year for all students. However, the bill died in the Senate Education Committee. Photo courtesy MS Legislature

Rep. Lataisha Jackson, D-Como, introduced an amendment to provide a one-year delay to the third-grade gate for all students so teachers could better prepare for their students for the test. The bill, along with the amendment, died in committee after being double referred to Senate Education and Appropriations Committees.

Teachers like Ashley Douglas, a third-grade teacher at Brookhaven's Enterprise Attendance Center, worry about the implications the law has on their students' success.

"I don't think one test should determine a child's future like that," Douglas said, adding that there should be measures to provide intervention earlier on, before students ever get to third grade. "I don't feel like it's fair to third-grade teachers in a way."

Shannon Eubanks, the Enterprise Attendance Center principal, points out that Florida's third-grade gate, on which Mississippi's is based, has exceptions that make the number of students who are actually held back very low. Mississippi did not include these exceptions, such as for special-needs students with IEPs, in its law.

Florida has devoted $1 billion to its program. But, Mississippi is "not even a drop in the bucket," Eubanks says of the $16 million the state spent on the program's first year.

The test is also norm-referenced, which means that the students' scores are compared to each other and that teachers don't know what a passing score looks like.

Based on data the Mississippi Department of Education gathered in 2012 and 2013 from the state's MCT2 test, 44 percent of Mississippi third graders performed at less than proficient. MDE estimates that roughly 20 percent of third-grade students will be held back as a result of the gate.

Rep. Bill Denny, R-Jackson, tried to amend the state's election law to make it so Mississippi voters would not have to have "intent" to ultimately vote for a party's candidate in order to first vote in that party's primary as current law requires. But House Bill 1069 died after being referred to the Senate Judiciary A Committee.

Mississippians still cannot file a wrongful death suit for the death of a fetus—which would presumably affect the legality of abortion—thanks to the death of House Bill 1338, introduced by Rep. Chris Brown, R-Aberdeen.

Recording studios will not get incentives to strengthen the local music industry this session. The Senate Finance Committee did not discuss House Bill 907, the Mississippi Entertainment Investment Act, effectively killing it on the March 3 deadline.

The House struck down Senate Bill 2585, which would have placed people who have tuberculosis and do not take proper medication in county jails, on the floor 70-39.

"To bring forward legislation that would virtually create a laboratory for TB to be transmitted is unbelievable, said Rep. Steve Holland, D-Plantersville, who served as the House's public heath chair for over 20 years.

"We are happy our Republican colleagues joined us in laying aside political party agendas and working toward a reasonable solution in defeating this legislation."

Legislators tweaked the language of some bills, ridding them of their original intent. House Bill 1127, the Iran Divestment Act of 2015, which would bar the state from contracting with businesses that have ties to Iran, passed the Senate March 4. The chamber added exceptions to the law that would prohibit it from affecting businesses the state already invested in prior to the date the law is to be enacted.

This is essentially the same bill the Senate initially passed, then killed after Sen. David Blount, D-Jackson, warned it could have negative consequences for Mississippi's Toyota plant, which is on the list of Iran-affiliated businesses that North Carolina compiled after it passed a similar law.

Some lawmakers criticized legislation that deals with foreign policy, saying that the state is working above its pay grade. Others suggest these bills illustrate an exaggerated fear of terrorism.

In an attempt to clarify the state's intent, the Senate amended the bill to add: "The concerns of the State of Mississippi regarding Iran are strictly the result of the actions of the Government of Iran and should not be construed as enmity towards the Iranian people."

Lawmakers also amended Senate Bill 2407, an open-meetings law designed to make public hospitals in Mississippi more transparent, in committee so that it would only apply to Jackson County's hospital, Singing River.

"When you see that legislation hit the floor, I think you're going to see Republicans and Democrats in the position of probably having to defeat the amendment that came out of (Mims') committee, and it turn, support legislation that opens up the hospitals so that everything is transparent and not just limiting it to that one hospital," said Rep. Bobby Moak, D-Bogue Chitto.

Parents of students with special needs would get a $6,000 scholarship to leave the public-school system under legislation passed out of the House Education Committee.

The Equal Opportunity for Students With Special Needs Act would ultimately cost the state nearly $410 million and take more than 125 years to serve all students with special needs in the state. The bill provides $3.25 million in the first year to serve approximately 500 students.

Rep. David Baria, D-Bay St. Louis, plans to introduce an amendment to get rid of the voucher proposal and instead create the Office of Special Needs Counsel to help parents of students with special needs get the legal advice they need to compel school districts to provide services for their children.

Texting and driving may soon be illegal in Mississippi under legislation that made it out of committee by the deadline. Legislation is moving forward to eliminate the requirement for vehicle inspection stickers as well.  House Bill 412, which would allow the state to sell the building currently occupied by a landmark Jackson restaurant, Hal & Mal's, passed through the Senate Public Property Committee. Malcolm White, director of the tourism division of the Mississippi Development Authority and the "Mal" who helped start Hal & Mal's, said that the restaurant will consider buying the property if the Legislature approves the sale.