The Best Jackson Has to Offer 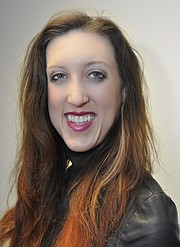 Jackson has no shortage of cool people, places and things to do. The stiff competition during Best of Jackson makes that clear. The creativity, enthusiasm and hospitality of our city and her people continue to make it an inspired place to live.

Even when we get frustrated, people work to find solutions to problems, digging in with grit and determination, rather than running away. That's why one of my favorite things to do is to share with visitors to our city some of the things that make Jackson awesome. It's important, I think, for those of us who call Jackson home to support those that are the best, and to spread the word far and wide.

Events such as the Mississippi Blues Marathon, held each January, provide a chance to do just that. Not only does the marathon bring out runners and crowds of supporters from here in Jackson and the immediate surrounding area, but it also welcomes participants from around the country and the world. Often included among their numbers are marathoners whose goal is to complete a race in each of the 50 states.

At the crowded bar, I ran into some friends who traditionally hit happy hour here to start the weekend, but I also noticed patrons I didn't know. I settled into the one free seat and could tell right away that the gentleman to my right was from out of town. He just had that "I'm eating at the bar, alone, in a strange city" look.

Undecided on what I wanted to drink, I asked what he ordered, and as he perused the dinner menu, I offered some input and suggestions. I soon found myself in an easy conversation and discovered he was a 50-stater in town for the half marathon the following morning. After finishing the race, he planned to head immediately to Mobile to complete his Alabama race on Sunday.

He and I chatted about our families and significant others, travel, running and rock 'n' roll, and I left Parlor Market grateful for the frequency with which I have such experiences around town. I had a pleasant conversation, learned some new things and, hopefully, provided him with a good Mississippi story or two.

Saturday night, I stopped by Library Lounge at the Fairview Inn (734 Fairview St., 601-948-3429, fairviewinn.com), and overheard a couple of conversations that drove that idea even further home. One couple at the bar was on a staycation in the city from Madison (the suburb just to our north, not Wisconsin).

I love the idea of being a tourist in your own city. How nice that they could enjoy a lovely bed-and-breakfast experience just a few miles from home. They were talking with another regular at the Lounge, and I heard her tell them that she had, like myself, met a 50-state marathoner the night before and enjoyed hearing his story and talking to him about Jackson and Mississippi.

The three of them engaged in lively conversation and debate with the bar's staff, and I occasionally chimed in, too, happy for a friendly neighborhood place and the people from near and far I encounter while out and about.

Then, on Sunday morning, I headed to church at St. Andrew's Cathedral, where I'm a parishioner. A new Sunday School series started that week, led by Rev. David Elliott, about Jesus in popular music.

We settled in as "One Toke Over the Line" played on iTunes and moved on to Janis Joplin's "Mercedes Benz" and the Doobie Brothers' "Jesus Is Just Alright," with a promise to start the next class with some Green Day.

Looking around the room (and singing along) with people young and old, I couldn't help but be grateful for the range of experiences and wisdom, as well as support, community and, well, fun that surround me everywhere I go in Jackson.

It's fitting that after the marathon, when we show off all we have to visitors, it's now Best of Jackson week, when I can celebrate the people and places that make me proud to call this place home. It's where I choose to live, work and play, and constant reminders are around every corner. I know I'll continue to appreciate and take advantage of experiencing the best the city has to offer in the year to come, and hope you will, too.

Freelance writer and attorney Julie Skipper works and plays downtown. Ask her about it if you want an earful. She hopes to learn to cook one day, but mostly thinks of the kitchen as additional closet space.