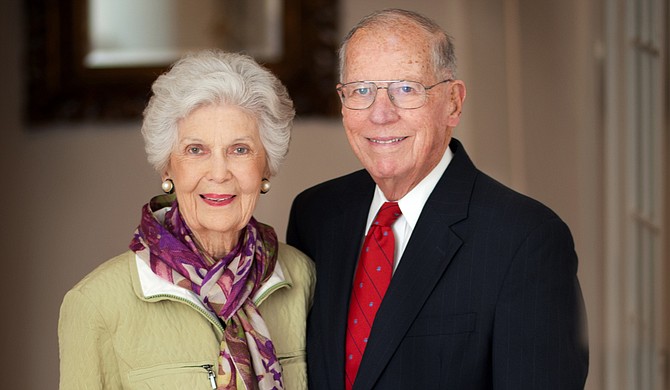 Volunteer Mississippi, in coordination with the Office of the Governor and First Lady Deborah Bryant, recognized former First Lady Elise Varner Winter for her outstanding volunteer service efforts at the 2015 Governor's Initiative for Volunteer Excellence Awards today, April 13, at the Mississippi Museum of Art. The annual GIVE Awards ceremony celebrates Mississippi individuals' and organizations' commitment to service. Today's ceremony coincided with the beginning of National Volunteer Week.

Winter's husband, William Winter, served as the 57th Governor of Mississippi from 1980 to 1984. The Winters are both known for their strong support of public education, freedom of information, racial reconciliation and historic preservation.

Elise dedicated her life to improving conditions for citizens and communities throughout the state. Nearly 30 years ago, she was one of the founding board members for Habitat for Humanity Metro Jackson, which gives Mississippians in the area access to safe, affordable and environmentally responsible homes. During her 29-year tenure as a board member and volunteer, Habitat constructed more than 600 homes in Hinds, Rankin and Madison counties. Winter also served on the international Habitat for Humanity board for six years from 1990 to 1996.

In 2011, Habit for Humanity created the Elise Winter Founders Award to mark the Metro Jackson chapter's 25th anniversary, with Elise as the award's inaugural recipient.

A staunch supporter of education, Elise has been instrumental in education reform for Mississippi, offering distinct leadership, vision and voice in her advocacy for an adequate education for all Mississippians. She shares her commitment with her husband, who spearheaded Mississippi's landmark Education Reform Act of 1982, which established public kindergartens in the state among other reforms.

Elise also led efforts to renovate and restore the historical area of the Governor's Mansion.

"For decades, Former First Lady Winter has been a public servant, improving the lives of countless Mississippians along the way," David Mallery, executive director of Volunteer Mississippi, said in a release. "Her continued advocacy for public education, affordable housing, and the advancement of the arts is an inspiration to people across the state. We are honored to be presenting this award recognizing her efforts and achievements."

Elise is one of 13 award recipients Volunteer Mississippi honored at today's ceremony. The organization presented all honorees for the 2015 GIVE Awards at a special luncheon ceremony at the Mississippi Museum of Art (380 S. Lamar St.). For more information, call Krista Estes at 601-432-6306 or email [email protected]