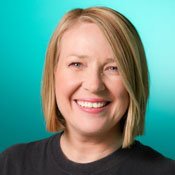 Growing up in the 1960s and '70s, I was taught that black men were dangerous and to be avoided. Don't ever go on that side of the tracks into the n*gger quarters. Cross the street if you see a scary black man walking toward you. Those people are violent, feral, lazy and will rape white women if they get a chance. I don't remember my parents saying those things, but about everybody else did. That included teachers, coaches, relatives, business leaders, politicians, you name it.

I've encountered this blatant racism every place I've lived, including New York City, Colorado, and Washington, D.C. It was in D.C. in the early 1980s when I had to face that my state didn't hold the patent for race hatred. I worked as a club DJ and in almost every gig, the owner would walk up and tell me not to "play that n*gger music" because it would attract too many of "them."

I always figured they thought it was OK to say this stuff to me because I was female, blonde and from the South. Thus, I was a member of a club I've never wanted to join.

I'd so love to say all this is behind us and that we can just hit reset, stop talking about race, declare everything equal and move forward without ever noticing skin tone again. But let's put on our logic hats here: We cannot do that until things really are equal and public-policy, and trigger fingers, aren't driven by the fear of someone darker, based on our fearful upbringing and socialization.

If we hit reset without tackling unresolved trauma, it can't work. Such a reset would freeze false beliefs and inherited fears into our culture that, in turn, drive our decisions and policy with folks telling us we can't discuss race any more—like many do now.

Before you white folk start accusing me of "white guilt," whatever that is, please stop and think about it. Many of you like to blame "the family" for any problem involving a black person. Meantime, policies instilled by our (white) leaders—from rape-infested slavery to the violent drug war—have done everything possible since our founding as a nation and state to break up black families, not to mention take away reproductive choices from poor women, starting with slavery and moving to access to safe birth control and even "adequate" public education.

It's OK with many white people that black children grow up in neighborhoods their families were ghettoized to in our darker days when they weren't allowed to live elsewhere; where they couldn't escape because banks and lenders "redlined" them out of better homes and loans to help build wealth; where they are surrounded by rat-infested abandoned houses often owned by whites in "good" neighborhoods or other states; where they don't have access to fresh food or grocery stores or sidewalks or transportation; where drugs shipped in by white suppliers can feel like the only way to make money especially if you're a young, black man who is already picked on by police and told by your society that you're likely to go to jail some day.

Most whites don't seem to care that guns are made readily available to vulnerable children by an industry that also gets rich off the white people who want to protect themselves from those children who are more often killing each other than whites—and over acquiring and selling illegal drugs.

Too many fellow whites (and increasingly middle-class blacks) will take the easy way out, throw their hands in the air and blame "the family" in a flash—the same families they don't want to have decent schooling, birth control, equitable access to voting or to live in their neighborhoods.

Most sadly, due to this mess of societal psychosis, too many children grow up without hope, with parent(s) in prison longer for more minor drug charges than whites who did the same thing, or strung out on the drugs that enrich people far away.

Or they never see themselves depicted in most media for positive efforts (other than sports and sometimes music, if they're not rappers). They're called "thugs" for the clothing they choose, or because they sass somebody, or because they shoplift or smoke a joint. Their schools are dotted with police officers and metal detectors, telling them they're expected to be criminals.

Too many heed that call. At least they can belong somewhere. They then are crowded into private prisons that enrich guess-who or into a brutal, public one where they are used as slave labor, as their own kids grow up without a father in the same cycle.

The culture still tries to tell the adult-me that black people are more dangerous and live in poverty ... because they're black people. Don't believe me? Question yourself: If you believe that "those" families aren't doing enough for their kids, why do you think "those" particular families aren't? It's hard to arrive at any conclusion other than their common skin tone if you refuse to acknowledge lingering effects of racism. If their skin tone is your common denominator, then it's racist, whether you intend it to be or not.

Of course the common thread is an American culture that intentionally pushed African Americans out of strong family life, quality education, voting rights and public equality for so long—and that now refuses to reverse that legacy to the point that we actually can hit reset and it work.

What's happening in Ferguson isn't pretty, but it had to happen: Police and everyday people cannot keep killing black people for minor, or no, crimes and expect our citizens of color to just keep taking it. That practice came to a violent head 50 years ago this summer, and it is again now.

Polls this week show that only 37 percent of white Americans believe the Ferguson situation has anything to do with race. That means another 63 percent is either willfully racist or naive about how people of color live in the U.S. It may be that half of those are hardened racists we will never change. But I pray the other half just haven't bothered to look at race issues in a holistic way, whether from socialization or just not knowing you could or should. I've met plenty of those folks since starting the JFP, of all ages. And to a person, they are happier, more engaged people once they face racism in our society and decide to be part of the solution.

Yes, America, we need to reset on the race question. But resetting without serious examination, deep listening and actions to repair the devastating effect of historic racism isn't an option, and will only prolong race tension and inequities. We tried that, and Michael Brown is dead—for committing a much lesser sin than many whites who've done much worse and still get to breathe, eat, vote, and love their mamas and daddies.

Now, it's time to listen to the voice that the protesters are trying to collectively raise. It's a voice full of pain, urgency, truth—and, if we allow it to be, a roadmap out of this mess our ancestors created for us. It will take us all, though, and it won't be comfortable.

Make no mistake: White people created this problem long ago, and we must help fix it. It doesn't take guilt; it requires empathy, love and a whole lot of action.