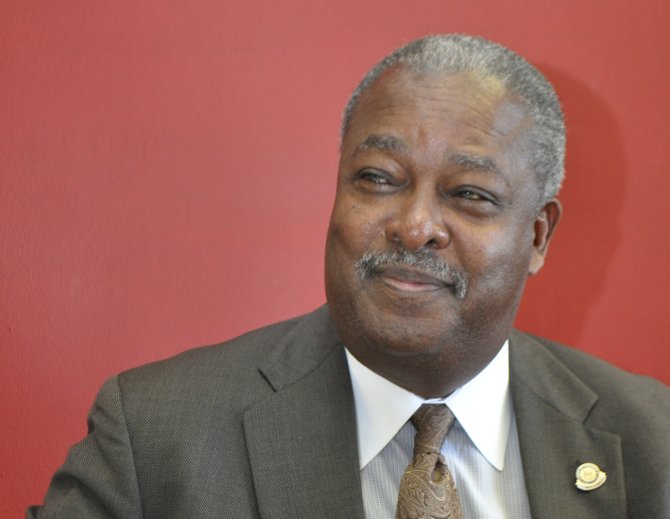 We drive on the same roads that our readers do, and we hear the stories about how hard it is for some people to get a permit from the city or an answer on when they'll be shutting the street down for repairs, or a timetable for when the sewage leak will be taken care of.

Because of that, we liked the idea of new blood in city government in 2013. We are, therefore, both excited and encouraged by the prospect of a number of new, younger city council members this time around.

But the mayoral "new blood" isn't working for us. While we went into this election cycle hoping to get behind a change agent or a turnaround specialist, we feel we can't responsibly endorse the challengers that looked most exciting to us at the beginning of this mayoral campaign.

The first rule at the JFP is "if you can't run a campaign, then you can't run a city." Of the top five candidates we've asked to our offices for endorsement interviews, two had trouble filing their 2012 campaign-finance reports on time, and one is embroiled in too much controversy with his business to receive our endorsement at this time. (And Frank Bluntson's past as head of the Juvenile Detention Center--and his evasive and content-free answers about it now--are simply too much baggage for him to overcome to get our endorsement.)

Our editorial board never came to a unanimous decision, with the vote split 60/40 between Harvey Johnson and Chokwe Lumumba. Mr. Lumumba impresses us as both an intellectual and a "man of the people," although, unfortunately, it isn't always clear how widely he defines "the people." In his endorsement interview, he took great care to help us understand that he would work for people of all ethnicities and backgrounds in Jackson; in speeches some of us have witnessed in the past, however, he has been very divisive and, frankly, anti-white. Anti-black or similar rhetoric in the recent past of a white candidate would preclude him from receiving our endorsement; the same criteria must apply to Mr. Lumumba. (His campaign also had to file its 2012 financial report at our prompting weeks after it was due, which is a red flag.)

What Lumumba does bring to the table are some good ideas--and even some radical ones--that we're not completely convinced he would be able to implement as mayor. Ideas like increasing police pay, expanding student worker programs and being more aggressive in our stance with the Legislature impressed many of us during his interview.

Ultimately, ideas that help create new economic opportunity and that build wealth for families throughout the city of Jackson--instead of just distributing that wealth to the suburbs, Bentonville and China--are those that will help Jacksonians rise to their potential. And those are ideas we'll help bring to the forefront over the next four years.

Regina Quinn would bring great energy to the office, and we applaud her for embracing her past and working to turn it into a strength. But Ms. Quinn has very little political or executive experience, and we're concerned about the state of her campaign; she strikes us as an effective communicator but a less effective leader.

After hours and hours of interviews with mayoral candidates, you realize something about Harvey Johnson: He knows a great deal about the mechanics of Jackson's problems, and he's served as an independent firewall for competing interests in this city that teems with competing interests--an important role for any mayor. He's just, in a word, not that exciting.

In 2013, we have some "visionary" candidates who lack executive experience to take on this continuing "turnaround" job.

And we have an experienced executive who seems to execute sooo slowly.

To be fair, Jackson is a city that has improved considerably in the past 10 years--new parks; a great foodie culture; a rich music scene; growth in Fondren, west and south Jackson; improvements in infrastructure; the Art Garden; the Convention Center Complex--stuff you can give credit to a whole lot of folks for, including Mayor Johnson.

Heck, we never thought anything would replace that hulking K-Mart on Interstate 55 or the abandoned grocery stores that dot the landscape. Yet it's happening.

Jackson is a place with massive infrastructure problems and relatively little income to pay for them--problems that can't be solved overnight with a lake or a sports franchise or a tax commission. It may take all of those things or none of them--but it will take a city, working together on the small things, every day, to improve the lives of the people who live here, the people who work here and the people who visit.

We endorsed Mayor Johnson four years ago and then, like many folks, we took a long breath knowing that the Melton administration was out of office.

We take full responsibility for this endorsement this time around--and, in so doing, we pledge to watchdog the Johnson administration closely while offering a range of voices, ideas and encouragement for how Jackson can improve.

This past term has seemed a little "comfortable" for Mayor Johnson; the next term, if the voters grant him one, will need to see better implementation, more impressive results, stronger hiring and more effective leadership from the Johnson administration.

We also believe he has the wisdom and character to represent the city well and to improve on his record thus far.

Vote Harvey Johnson on May 7, 2013, in the Democratic primary for Jackson mayor.

Listen to audio of all five of our endorsement interviews on each of the candidate pages at jfp.ms/mayorsrace2013.