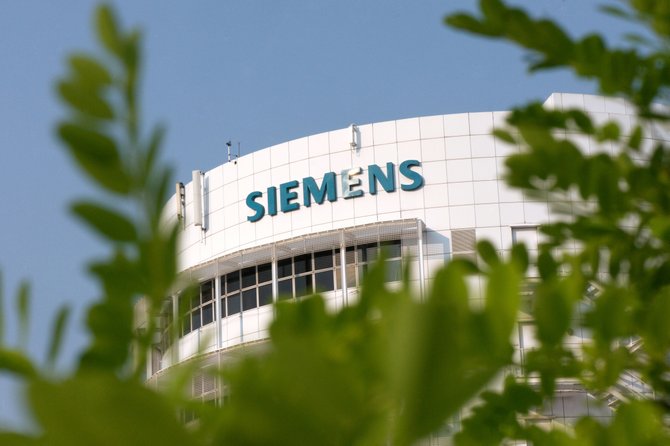 Jackson Mayor Harvey Johnson Jr. was not able to comment on the legal dispute, but said the Siemens deal should set the stage for Jackson's infrastructure to become and remain sound in the coming years.

Advanced Technology Business Solutions has withdrawn a complaint filed in Hinds County Chancery Court regarding a contract the city of Jackson awarded to Siemens Company. District 3 Judge Denise Owens ruled Thursday, June 20, to allow the city to issue bonds to pay for the $90 million sewer and water improvement project with Siemens.

ATBS and its president, Don Hewitt, withdrew its complaint after it got a closer look at the deal, said attorney Herbert Irvin, who represents Advanced Technology Business Solutions.

The complaint accused Siemens of promising savings it couldn't possibly deliver. "When the energy savings proposal was presented to the City Council of the City of Jackson, Mississippi, project representatives stated that the City of Jackson would realize an annual savings of approximately $8 million during the 15-year period of the loan. In reviewing the preliminary official statement for the bond transaction, we find that there will not be any appreciable, discernible savings generated by this project—only increased collections from these users of the water system due to more accurate metering," the complaint stated.

"After looking at the contract and the details, we saw the economic impact of the temporary and permanent jobs, and realized the positive economic impact the deal with have on the city," Irvin said.

Jackson Mayor Harvey Johnson Jr. was not able to comment on the legal dispute, but said the Siemens deal should set the stage for Jackson's infrastructure to become and remain sound in the coming years.

Rick Hill, Jackson's deputy director of administration, said Hewitt's suit—even though he withdrew it—could cost the city roughly $6 million in interest because of the delay.

"We won't know the final cost until we close the transaction but, as of Friday, our additional debt service costs over the life of the bonds would have been $6 million more than it would have been on June 5, when we were originally scheduled to go to market," Hill said the morning of June 24. "It's like trying to hit a moving target."

Hill added that the total cost of the delay could end up costing the city even more, depending on what the prices are on the day the city actually sells the bonds.

Hewitt has another lawsuit pending against the city, in which he accuses Johnson and the city of Jackson of violating "the natural right of a person to do business" by blocking his attempts to develop three real estate projects in Jackson, most notably the Deposit Guarantee Building, now known as the Regions Building. Johnson, the city of Jackson and the Jackson Redevelopment are named as defendants in that suit.

Hewitt could not be reached for comment on either suit.

Lululemon Athletica is moving into the soon-to-be-vacated spot where Fischer Galleries was formerly located in Fondren on Duling Street between BankPlus and Miso restaurant.

The name might not be familiar to Jacksonians, but the company, founded in Vancouver, British Columbia, in 1983, has hundreds of stores and showrooms across the United States and Canada that cater mostly to yoga and Pilates devotees. Showrooms, such as the one opening in Fondren, are usually open only part of the week, and carry only Lululemon's "key styles" instead of its full line of workout gear.

"A showroom is similar to the original Lululemon store," local manager and owner Kyla Weems said. "It was created in conjunction with a yoga studio by the company founder Chip Wilson. That store kind of set the mold for a lot of things we do, basing our business on customer feedback."

The showroom will feature a small boutique-style store, but will only be open Thursday through Saturday. The rest of the time, employees will be out in the community at gyms and events, promoting its products and, as Weems explained, "getting to know the athletes and fitness gurus in our area."

Weems stressed that Lululemon is a grassroots company, relying on customer feedback to fuel what the outfitter stocks in its locations.

"Again, as opposed to the store, the showroom will be community-driven," Weems said. "We chose Fondren because of the great people in that community. They are health-conscious, worldly and just the clientele we are looking for."

Weems has set a goal for an August opening, and is cultivating a Facebook following where she will post updates.

Box Stores Do the Shuffle

One Jackson big-box store is changing locations, and another is coming to Dogwood in Flowood.

The Big Lots store located at 5465 Frontage Road on the south-bound side of Interstate 55 is packing up and moving to the old Circuit City location near the corner of Ridgewood Road and County Line Road in North Jackson in July.

In Flowood, Dogwood Festival Mall is set to welcome the state's second Home Goods store to the 25,000-square foot building that once housed Borders Books. Borders went out of business in 2011. Home Goods' parent company is Framingham, Mass.-based TJX, which operates 1,940 T.J.Maxx or Marshalls stores, and 415 Home Goods stores in the United States alone.

"It's great for us," Flowood mayor Gary Rhoads said. "It's a 30,000-square-foot space that has sat empty for the past year. It should also be productive in terms of jobs." Rhoads added that Flowood did not have to offer any incentives to lure the store.

This is still another example of the work done by Mayor Johnson. Just know that he made the job of mayor LOOK easy.

This City will miss Mayor Johnon!