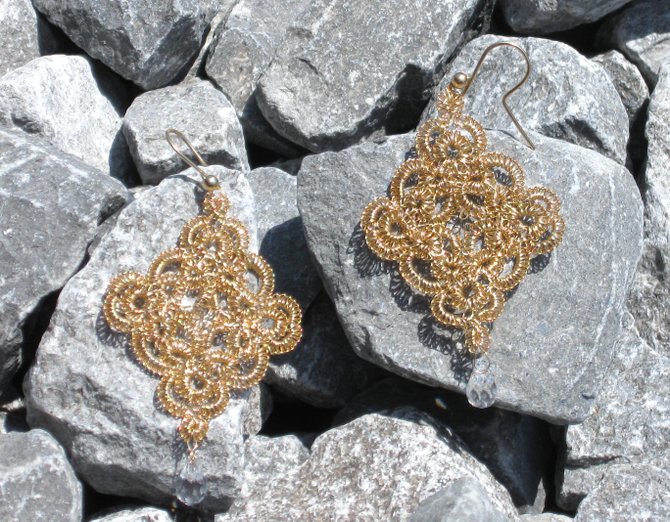 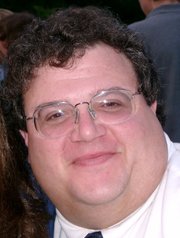 Though Alan Kolodny is a full-time minister, he still finds time to craft heirloom-quality jewelry by silver tatting, a method which requires the utmost patience and attention to detail.

Tatting is a lace-making technique from the era of Jane Austen, candlelight and wire spectacles. Knotted motifs, souvenirs that sailors crafted for their wives and sweethearts, are thought to be the precursor to the durable, 19th century lace. While the men were at sea, the women translated their half hitch knots and picots (loops) into an ornamental fabric.

Brooklyn native and Pearl resident Alan Kolodny, 53, is a full-time minister and artisan who's putting his own spin on the rarified craft that transforms thread into collars, cuffs and doilies. Kolodny's take on tatting replaces thread with fine silver wire, creating luminous, heirloom-quality earrings and pendants.

"I've been tatting for about six years," Kolodny says, "I had a friend that wanted to learn how. She knew I enjoyed crochet and other crafts so she talked me into learning so I could teach her. I taught her, but then she decided that whenever she needed something tatted, she'd just call me."

Many hours and infinite yards of thread later, Kolodny was selling his tatted lace and fiber art at the Mississippi Craftsmen's Guild's annual Chimneyville Crafts Festival. After the festival ended, a fellow craftsperson gave him a generous gift and another challenging task.

"She'd seen other types of lace made with wire, but she'd never seen tatting made with wire," Kolodny explains. "She gave me some silver wire and challenged me to learn how to tat with it."

Needless to say, he took up the gauntlet and quickly discovered why no one else was tatting with wire. The difficulty lies in the unforgiving nature of metal wire. As you twist or bend the wire, it hardens and is easily broken, especially if the wire is made from a mix of metals, such as sterling silver. To avoid this, Kolodny works primarily with fine silver.

"The difference between sterling silver and fine silver is a matter of percentages," he says. "Sterling is .925 percent silver, with copper or another metal added, but fine silver is .999 percent pure. Fine silver doesn't tarnish as quickly, and it can be worked with longer before it hardens."

Unlike mistakes in crochet that can be corrected by pulling out the stitch, mistakes in tatting lead to the time-consuming task of un-knotting. Once wire has been looped and tightened into a knot, it can't be used.

When asked how to fix a mistake in tatted wire, Kolodny responds without hesitation.

"Very carefully—with fine silver wire, it's possible to cut out a section, but it will never be the same. I've had to adapt, come up with some new techniques," he says.

When not perfecting his tatted fine jewelry, Kolodny serves as pastor at New Beginnings Community Church in Natchez. Still what he calls "a baby church," the congregation celebrated their four-year anniversary in May of this year. As pastor, he is allowed four Sundays off per year, but he usually only takes off one during the weekend of the Chimneyville Crafts Festival. He also displays at the Handworks Holiday Market in Jackson each November.

Kolodny's Etsy shop features a range of lacy medallion earrings and pendant necklaces. A few pieces are mixed with cultured pearls or crystal beads, including an especially lovely pair of fan-shaped earrings with a single, crystal raindrop dangling below.

Included in the mix are a number of bent-wire bracelets made from copper and silver with turquoise and lapis beads. Prices range from $20 to $145.

Kolodny's jewelry is also available year-round at b. fine art jewelry (215 W. Jackson St., Ridgeland) and at the Mississippi Crafts Center (950 Rice Road, Ridgeland), among others.

Keep your eyes open for a how-to book on tatting with wire. Following the wise counsel of his wife and friends at the Craftmen's Guild, he is not going to share the details of his craft until he writes the book.