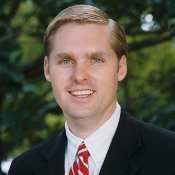 For example, our rape shield statute states that "it shall be presumed that the female was previously of chaste character," and puts the burden of proof on the accused ravisher—the defendant—to prove her character was otherwise.

Quite rightly, the law makes proving such an alleged stain on a woman's character difficult, requiring a written motion accompanied by an affidavit, followed by a closed hearing out of earshot of the jury. If the judge feels the jury should hear the evidence against the victim, he or she can further require the defendant's attorney to show the "nature of the questions to be permitted."

While it sounds as if the procedure could be fair, those laws are, in essence, saying that a woman's past behavior could be used as evidence to "prove" she is no position to accuse someone of rape. However, the laws are silent as to what would prove a woman not to be "chaste" if she is a rape victim. Would proof that a woman had taken one or more sexual partners prior to or outside of marriage, for example, justify a rape? Can being dressed "provocatively" make her unchaste? Those subjective measures are up to the judges.

Mississippi law also states "no person shall be convicted upon the uncorroborated testimony of the injured female," meaning that while no statute of limitations exists for rape, if a woman doesn't have a witness—or perhaps, DNA evidence from a rape kit—a prosecution will not take place. No specific statues mention rape of men, either, unless it's in the context of prison.

Statutory rape laws are a bit more convoluted, and they are intertwined with marriage laws.

The legal age of consent in Mississippi is 16, the same as 29 other states. That's about average in the United States where the age a person can legally say "party on" when it comes to sex ranges from 16 to 18. But a Mississippi girl of 15 can get a marriage license with her parents' OK. Boys need to be at least 17.

The state uses age-gap differentials regarding statutory rape, where the crime is dependent on the age of the two parties. The state can charge a man 17 years old or older if the girl is between 14 and 16, is 36 months younger, and he is not married to her. If the girl is younger than 14, he can be charged if he is at least 24 months older and not her husband. If they're married, we can suppose, all bets are off.

Another law, titled "abduction for purposes of marriage," makes it illegal to for anyone to force another person into marriage if they are older than 14 "against his or her will, and by force, menace, fraud, deceit, stratagem or duress."

Being married is a defense against the charge unless the battery is not consensual, which seems to be a step in the right direction.

The state continues its anachronistic language in its "excusable homicide" statute, which states in part that killing another can be OK "when committed by accident and misfortune, in the heat of passion, upon any sudden and sufficient provocation."

What constitutes "heat of passion" or what that provocation could be is, once again, a subjective measure; the law is silent.

In Mississippi, as in most states in the United States, rape may be the most underreported violent crime and, like domestic violence, it is a crime where everyone from police to judges and the public routinely places the blame on its victims. The numbers of those victims may well be far in excess of the one in every nine Mississippi women identified by Kenneth J. Ruggiero and Dean G. Kilpatrick of the National Violence Against Women Prevention Research Center in their 2003 report to the state.

In addition to a judge's discretion to introduce a woman's "unchaste" behavior at trial, both the examination of rape victims and the trial itself—on the off chance that a rapist is actually arrested and brought to trial—forces women to relive and re-experience a most violent, traumatic incident. Mississippi has no statutes that would support women by stating simply: "no means no."

In the coming weeks, the Jackson Free Press will examine different aspects of what Ruggiero and Kilpatrick called Mississippi's "substantial rape problem" in a search for solutions.