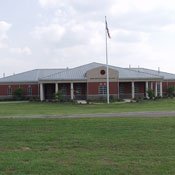 The Walnut Grove Youth prison, the subject of a federal abuse and neglect lawsuit, is switching hands from one private operator to another.

Sometime between the 8:45 p.m. and the 9:15 p.m. staff shift change on July 30, 2010, Tracy Alan Province, John Charles McCluskey and Daniel Kelly Renwick escaped from Arizona State Prison-Kingman. Just after 10 p.m., perimeter-patrol officers discovered a 30-by-22-inch hole in the fence. Two hours after the prison determined the inmates had escaped, Arizona Department of Corrections assumed command and the U.S. Marshals Service launched a manhunt.

Eventually, marshals caught up with all three men—but not before McCluskey, Province and a female accomplice, Casslyn Welch carjacked and a killed a couple in New Mexico.

On Aug. 12, ADC presented Management and Training Corporation, the Centreville, Utah-based firm that manages the prison, with a draft security-assessment report stating that human error on the part of MTC staff contributed to the escape. MTC took full responsibility for the incident.

Frank Smith, a consultant with Private Corrections Working Group which runs a private-prison monitoring website, points to the Kingman escape as just one example in MTC's long track record of shoddy security and staff training.

"These guys are amateurs," Smith said of MTC.

MTC is well aware that incidents like the Kingman escape fuels the perception that contract prisons are run poorly compared to government facilities.

"We respond (to critics) by saying these are correctional facilities and incidents do happen in both public and private facilities. It's the nature of the corrections industry," said MTC spokesman Issa Arnita.

Arnita said MTC's staff is well trained; they undergo the same corrections training as public corrections personnel. However, when events do occur, he said the company "takes responsibility, makes corrections and moves forward."

Further, Arnita argues that private prison critic like Smith use isolated events to make companies look bad, and that no government agency has tracked incidents at privately run prison versus public ones.

"Anybody can set up a blog and start saying what they want, picking and choosing certain numbers," Arnita said.

Founded in 1981 as an administrator of the federal Job Corps program, MTC expanded into the corrections industry 25 years ago as a way to expand its successful educational programming to prisons (one of the company's mantras is "rehabilitation through education"), Arnita said.

MTC is the nation's third largest for-profit prison company and is responsible for 25,760 inmates. Unlike its larger, publicly held competitors, Corrections Corporation of America and GEO, MTC's finances are not open to public scrutiny.

However, just like CCA and GEO, MTC has a political action committee that contributes to politicians' election coffers, although no federal elected officials in Mississippi have received MTC donations.

Gail Tyree, a Soros Justice Fellow and an organizer against private prisons across the South, said she was disappointed to hear the news that a different private firm would be getting the contracts.

As evidence, Tyree points to the beleaguered Walnut Grove Youth prison. Opened in 2000, Walnut Grove housed youth between the ages of 13 and 22 who were tried and convicted as adults. In November 2010, civil-rights attorney Robert B. McDuff and lawyers from the Southern Poverty Law Center and American Civil Liberties Union sued MDOC Commissioner Christopher Epps, other state officials and the prison's Boca Raton, Fla.-based operator, The GEO Group, on behalf of incarcerated young men who alleged ongoing negligence and abuse.

In February 2012, the parties reached a settlement. Under the federal court decree, MDOC agreed to move the young men from Walnut Grove to a facility that would operate on principles of juvenile justice rather than standards of the adult prison system.

The decree required Mississippi to offer an array of educational and rehabilitation programs and prohibited the state from putting children in its custody in solitary confinement.

McDuff said he hopes MTC manages the prisons better than GEO, but that he generally thinks private prisons are a bad idea. "When you have a private company with a profit motive, there is a great temptation to cut costs," McDuff said.

A few months earlier, GEO and MDOC agreed to terminate all the company's contracts with the state. In November 2011, MDOC and Corrections Corporation of America agreed to end CCA's contract to manage the Delta Correctional Center in Greenwood. CCA, which ran three state prisons and one federal facility in Mississippi, said it could no longer manage the prison more efficiently than the state could.

When contacted, MDOC referred to Epps' statement in an MTC press release. The statement read: "There is a need for different types of prisons, including state and regional as well as private facilities in Mississippi. Mississippi state statute 47-5-1211 requires private prisons to operate at a cost of 10 percent less than the cost for the state, which provides for valuable cost savings for the taxpayers in Mississippi. MTC will be held to the same high standards as set by MDOC, and I feel extremely confident that MTC will do a great job."

Given Epps' history of saving the state money through efficiency at MDOC prisons, which helped earn him the Association of State Correctional Administrators' honor of the nation's top corrections commissioner in December 2011, Tyree believes MDOC should take back management at the GEO-run prisons. "I feel that Commissioner Epps is more than competent to run these prison," she said.