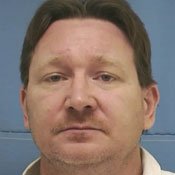 Kim Shaw refers to Leslie Bowlin as a monster. On Dec. 15, 1990, Shaw, then a student at Mississippi State University, said goodbye to her roommates and friends as, one by one, they left Starkville for the Christmas break. Bowlin was lying in wait for Shaw. When he was sure Shaw was alone, Bowlin broke into her apartment and raped her at gunpoint. He tied her up after the rape, threw her into his pickup truck and headed for the woods. There, Bowlin dragged Shaw by the rope he'd tied around her neck deeper into the trees.

Whatever plans Bowlin had for Shaw came to an end when she ran for help to an unsuspecting deer hunter. At first, Shaw was afraid the hunter may have been in league with Bowlin, but said that she had to take the only chance she had.

"If that man had not been there, I would've been dead," she told the Jackson Free Press Jan. 13.

A jury convicted Bowlin for rape, kidnapping, aggravated assault and burglary in 1991, and he received a sentence of life in prison plus 25 years.

Shaw has a lot to lose by speaking out regarding Haley Barbour's recent spate of pardons, she said. In a voice often shaking with emotion, Shaw said she has worked hard to put her rape in the past, but the former governor's actions have twice forced her to relive the incident and have put her in fear for her life.

Contacting the Jackson Free Press last week, Shaw said she felt compelled to speak up because Mississippians have an opportunity to change a system that is patently unfair to those people most hurt by the pardons: the victims and the family members of victims whose killers and rapists Barbour has pardoned or otherwise seen fit for his special consideration.

On Dec. 17, 2008, Barbour granted Bowlin a 90-day furlough. In documents the rapist presented to the Catahoula Parish Sherriff's office in Harrisonburg, La., Bowlin was to get a psychiatric evaluation, the only reason he could leave his parents' Sicily Island home during his furlough.

Terrified that Bowlin would come after her again while he was out, Shaw called Barbour's office. Shaw speculated that because of light staffing during the Christmas holidays, she was able to do what no other victim has apparently done before or since: She got through. Shaw wanted to know the basis for his decision. Did Barbour have the facts?

"He said he didn't," she said last week.

Shaw told the JFP that Barbour said he'd received a visit from former Gov. William Waller, to whom Barbour "owed a favor." Shaw said she didn't know what the favor was, or Waller's connection to Bowlin or his family. She is clear on one thing, however:

"It was a decision not based on facts, logic or law."

At the time, Mississippi and Louisiana attorneys general spoke out against Barbour, urging him to retract the order. Mississippi's Jim Hood understood the liability inherent in allowing a convict an unsupervised furlough across state lines. (Bowlin was not even fitted for a GPS ankle unit before his release.) Louisiana's Buddy Caldwell simply called the order "insane."

The governor rescinded Bowlin's furlough 10 days later, on Dec. 27, 2008, after causing a firestorm of controversy only slightly smaller than that surrounding Barbour's recent pardons. Catahoula deputies picked up Bowlin and returned him to prison in Mississippi.

When Barbour's 2012 list of 220 pardons came to light last week, Shaw feared that the governor had included Bowlin on the list. She immediately made a frantic call to the Mississippi attorney general's victim assistance office, she said. To her dismay, she found out that Hood's office hadn't seen the list. Amy Walker, assistant director of the crime victim compensation unit, called Shaw that night to make sure she was OK, then about a day later to give her the news. Bowlin wasn't on the list.

"My heart goes out to these victims," Shaw said. She understands what it's like to live in fear. Barbour, she said, was the reason for their being "victimized all over again," a sentiment echoed by the victims and family of Tammy Ellis Gatlin and Adrienne Klasky. Gatlin and Klasky's husbands murdered them, and Barbour pardoned both killers.

Innocence and Mercy
Defense attorneys and convict-rights advocates point out that pardons should be considered a legitimate part of the U.S. justice system. Governors are often the last hope for those serving time for crimes they did not commit and for those seeking reprieve from the death penalty.

The tradition of presidential and gubernatorial pardons goes back to a time when monarchs held absolute sway over the disposition of prisoners in custody. In the United States, the founders passed the tradition to the president, and many state Legislatures passed the power to their governors.

Today, all 50 states have statutes concerning clemency, and 33 states give their governors clemency powers; however, Mississippi is one of only 15 states where a governor has sole authority. In 18 states, the governor must get a recommendation from a board or advisory group (although in 10 states those recommendations are not binding). In five states, a board or advisory group determines clemency.

Presidential and gubernatorial pardons serve two important functions, wrote Kathleen Ridolfi and Seth Gordon in "Gubernatorial Clemency Powers: Justice or Mercy?" published in the journal Criminal Justice in Fall 2009. The first is as a "court of last resort" for convicted criminals. In 1993's U.S. Supreme Court decision Herrera v. Collins (which held that actual innocence is not a constitutional ground for relief), Justice William Rehnquist "opined that executive clemency, rather than the court system, is the proper mechanism for assessing claims of innocence," Ridolfi and Gordon wrote.

It is this argument that moved Illinois Gov. George Ryan to commute the sentences of every inmate occupying the state's death row in 2003. "Our capital system is haunted by the demon of error--error in determining guilt and error in determining who among the guilty deserves to die," Ryan said in a speech at Northwestern University School of Law. A study had shown the governor that while the state had executed 12 death-row inmates in 26 years (from 1977 to 2003), it had also released 13 people based on new evidence. Ryan commuted every death sentence, 167 in all, to life without the possibility of parole.

The other function of a governor's power to commute sentences is one of mercy. "The 'mercy' interpretation presupposes that the judiciary got it right; that the person receiving clemency ... committed the criminal act and was properly convicted," Ridolfi and Gordon wrote. Governors have used clemency when a "sentence was overly harsh" for the crime, or because of a "finding of rehabilitation (where a person has demonstrated exemplary behavior post-conviction and should be forgiven in the eyes of the law)."

In his statement justifying his 220 pardons, Barbour used the mercy argument, calling on his memories of a convict to whom his father had given a second chance and his own Christian beliefs. However, Barbour failed to show mercy to the victims of those he pardoned, nor was he evenhanded in the application of that mercy.

David Gatlin murdered his wife as she held their 6-week-old infant son. He also shot Randy Walker in the head. Walker, who fears that Gatlin will come after him again now that Barbour pardoned him, called Barbour's actions "the coward's way out," and said that the governor should have looked him in the eye to tell him about the pardon.

In a 2010 interview with the JFP, Adrienne Klasky's niece, Nancy Northern, expressed her fear and ultimately her disdain for the governor, who commuted Michael David Graham's sentence and released him on parole in 2008. After stalking Klasky relentlessly for more than three years, Graham pulled up alongside Klasky's car at a Pascagoula intersection and blew her brains out with a shotgun.

"I just can't believe Barbour did what he did," she said then. "I'm disgusted with him, just disgusted."

Kim Shaw is sure that, at least in her case, Barbour did not consider the evidence, because the governor himself told her that he did not. "Common sense did not prevail," she said, adding later, "I didn't get an apology."

Shaw urged all Mississippians to rally around the legislators who have introduced bills to add accountability to the governor's pardoning power. That power, she said, "should not be in the hands of one man."