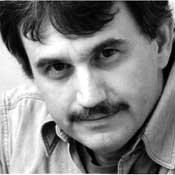 Two men were overheard talking in a checkout line.

"No, but maybe there's a reason for that."

"Some guys on the radio were talking about it. They said, no picture, no panthers."

"People don't always have cameras with them when they're in the woods."

"I'll believe in panthers when I see the picture."

The U.S. Fish and Wildlife Service agrees. A few weeks ago the agency declared the panther officially extinct in Mississippi and 20 other states east of the Mississippi River where they have been known to breed.

Forty-nine years ago, on one of those honeysuckle-sweet May nights that occur with frequency in the Mississippi Delta, I was riding about town in my World War II vintage Jeep, nothing over my head except a starlit sky. I was restless, probably thinking about a girlfriend who was locked in her room, forbidden to see me. You know how 17-year-old boys are when they are having girlfriend problems—they drive and drive and drive.

My restlessness took me out of town toward Leroy Percy State Park, an isolated stretch of road with no houses, just rice fields and farmland. Desolate at night, it was a favorite location for teenagers to park and do whatever teenagers do when they are alone with their girlfriends on a spooky, starlit night.

After driving a while, I pulled off onto a dirt road so I could turn around and head back to town. But I saw something that stopped me cold: an enormous black panther about the size of a female lion, crouched in the middle of the road, its luminous yellow eyes focused on the headlights of my Jeep. It was a beautiful creature, lean and powerful, with a shiny black coat. I guessed its weight to be at least 100 pounds.

I sat frozen behind the wheel of the Jeep, surveying my options, just as the panther froze, surveying its options.

Suddenly, the big cat began moving toward me, slowly at first, then faster and faster.

Instinctively, my right hand went to my side. In those days I routinely wore a holstered pistol, but on that night I had left home without it. I was defenseless.

I slapped the Jeep into reverse and spun back onto the road, slinging gravel, motor screeching, acutely aware that it was an open-top Jeep, and I no longer had the big cat in my field of vision. I quickly clutched, shifted and floored the accelerator, praying that the big cat would not leap into the Jeep and devour me on the spot.

As I sped away, heart pounding, I looked into the rearview mirror and saw the silhouette of the panther in the middle of the road, watching my taillights. The majestic beast had, indeed, come close to leaping into my Jeep.

There were black panthers in Mississippi then, and I believe they are still here, prowling the deep woods, emerging from time to time for whatever reason.

That wasn't my first dance with a black panther.

Two years earlier, I saw my first black panther in broad daylight while taking driving lessons from my mother on those same dirt-covered roads. The cat approached from the right, sprinting across a recently cleared stand of timber, and crossed directly in front of the Chevy, quickly disappearing into the woods. I slammed on brakes, speechless, peering in-to the woods, hoping the creature would re-emerge. It didn't. Then the following year I saw it again while hunting with my grandfather.

I find it surprising that some Mississippians do not believe in black panthers.

Mississippi's earliest and perhaps most spiritual residents, the Choctaw, refer to black panthers in their folklore, most often associating them with death. There always has been a mystical quality to the big cats, signifying that they are much more than wild animals.

I grew up a stone's throw from a tiny community on Highway 61 named Panther Burn. Head north on that same highway, and you soon run into Coahoma County, "coahoma" being a Choctaw word for red panther. The panther is an integral part of Mississippi history. Early Choctaw inhabitants had a special term for black panthers—"soul eater"—the implication being that they were the personification of evil. Maybe there is something to that.

Was it coincidence that my Jeep was charged by a black panther only weeks before the assassination of Medgar Evers? Looking back, I can now see that my panther sightings occurred at a satanic time in Mississippi history, during a period when evil was rampant and on the prowl for bloodlust from one end of the state to the other. Some people say those satanic times have returned.

If you ever happen upon a black panther in the wild, consider that you may be peering into the yellow eyes of the greatest soul eater of them all, Satan himself, a creature of habit whose image has never been captured in
a photograph.

When James L. Dickerson is not writing books, he works with individuals with intellectual disabilities and dances with panthers.

At first I thought he was talking about the poltical group. My dad says he saw a black panther on some desolate dirt road in Holmes County in the late 80s. I don't know how much he'd been drinking that night either, so I'm still going to go with I'll beleive it when I see the picture.