Mojo On My Mind 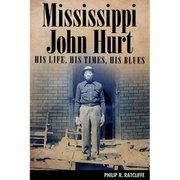 Everyone is probably familiar with Mississippi's historical role in the creation of blues, rock 'n' roll and country music. Without that incredible history, "American Idol" would be limited to contestants who excel at classical music and ethereal folk songs.

Mississippi is the fountainhead for mojo music culture.

Unfortunately, when it comes to music books, commercial publishers aren't all that interested in the past. As a result, few books are published about Mississippi recording artists or musical trends, at least not by commercial publishers. Celebrity kiss-and-tell rock memoirs are what sell these days, especially if they deal with addiction or incest.

Our celebrated musical history is cruising on the fumes of stubborn pride, a development that has opened the door for academic and university presses, where the financial bottom line is of less importance than the historical significance of
a book.

I recently reviewed "Memphis Boys: The Story of American Studios" (University Press of Mississippi, 2010, $50) by Roben Jones, a book that focuses on one of the most successful studio bands of all time, two members of whom are Mississippians. The same publisher released a biography of Mississippi John Hurt earlier this month, "Mississippi John Hurt: His Life, His Times, His Blues" ($35) by Philip R. Ratcliffe. The book traces Hurt's musical journey and is bolstered by interviews with people who knew him well.

Other recommended books include:

"Preachin' the Blues: The Life and Times of Son House" by Daniel Beaumont (Oxford Uni-versity Press, 2011, $24.95) scheduled for publication next month. The book begins in 1964, just before the explosion of the youth culture, when three young, white blues fans drove from New York City to the Mississippi Delta in search of Eddie James "Son" House Jr., an important figure in the develop-
ment of the Delta blues during the 1930s.

Unlike most post-1950s recording artists, most of whom owe their musical development to Elvis Presley, Dylan's folk roots can be traced to Mississippi's Jimmie Rodgers, the father of country music, and various Delta blues artists who expressed their lonesome poetry with the instruments of the common man, the guitar and the harmonica.

In 1997, in a tribute to Jimmie Rodgers, Dylan released on his own Egyptian Records label an album titled "The Songs of Jimmie Rodgers." In the liner notes, Dylan wrote: "Times change and don't change. The nature of humanity has stayed the same. Jimmie is at the heart of it all with a seriousness and humor that is befud-dling, notwithstanding that infamous blue yodel that defies the rational and conjecturing mind. His is the voice in the wilderness of your head. ... [O]nly in turning up the volume can we determine our own destiny."

That about says it—the part about the voice in the wilderness inside everyone's head—and it may just be our true legacy.