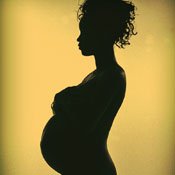 When I was 15, a doctor suggested I get pregnant. He was a new doctor to me, the second I had seen in my attempt to find a physician after moving to a new city. The white-haired man looked straight at my mother and me from across his desk and asked how comfortable we would be with that. That was five years after I had been diagnosed with stage four (of four) endometriosis, and he was suggesting I conceive so I could have a hysterectomy—the second most commonly performed women's surgery—as soon as possible.

Every day, women's lives are saved and improved thanks to the work of surgeons. They rid patients of cancerous tumors and right malfunctioning body parts; they stitch up wounds and oftentimes they deliver babies in distress. Surgery can seem like an obvious choice to better your health, but it may not be your best choice.

The two most common surgeries doctors perform on women in the United States are Caesarean sections to deliver babies, followed by hysterectomies to remove reproductive organs. Both surgeries have saved countless lives and are essential for many women, but they also come with risks.

A Caesarean gets its name from the belief that Julius Caesar was delivered in the same manner. The surgery consists of an incision through the uterus and abdominal wall through which the baby is delivered.

Starting in 1996, Caesarean rates have risen in all 50 states and among women of all ethnicities. Overall, the rate has increased by 56 percent, from a low of 20.7 percent of all births in 1996 to 32.3 percent in 2008. Mississippi had the third highest rate of Caesarean births in the country in 2007, according to the National Center for Health Statistics, with 36.2 percent of Cesarean section births.

A few reasons for a Caesarean are an abnormal fetal heart rate or position, fetal meconium (ruptured amniotic sac) or placental complications. Surgeons do the procedure as a matter of convenience, too. But a Caesarean, as with any other major surgery, has risks and drawbacks, including longer hospital stays, risk of infection, blood loss and anesthesia complications.

Caesarean aftercare can include waiting two weeks to drive, no heavy lifting for two to eight weeks, use of narcotic pain relievers and waiting about six weeks to return to work, versus about two with a vaginal delivery, according to a podcast interview with Dr. James Holt Crews of The Women‘s Clinic.

Experts also cite potential harm to infants delivered via Cesarean, a few of which are late-preterm complications, like problems with respiration and digestion, and development of childhood asthma and even Type 1 diabetes.

Doulas or midwives can work with an expectant mother and her doctor to ensure the most successful birthing experience in the delivery room. These trained health professionals follow the "Midwives Model of Care," which includes "Monitoring the physical, psychological, and social well-being of the mother ... hands-on assistance during labor and delivery, and postpartum support."

The second most common surgery performed on women in the U.S. is the hysterectomy, which removes a woman's uterus and, in some cases, her ovaries. In 2000, Mississippi had the highest rate of hysterectomies in the country, at 30.8 percent of women 18 and older having had a hysterectomy, according to a survey by the Centers for Disease Control. Doctors perform more than 600,000 hysterectomies annually in the U.S., and about three-quarters of those don't meet the American College of Obstetricians and Gynecologists guidelines, according to the National Uterine Fibroids Foundation.

Surgeons perform the procedure to remove cancerous tumors, uterine fibroids and complications of endometriosis or uterine prolapse. While it is likely the best choice for cancer treatment, a hysterectomy can have complicated after-effects like early menopause, increased risk for heart disease, osteoporosis, dementia and cognitive impairment, weight gain and sagging organs.

Women suffering from endometriosis and uterine fibroids may find relief with alternative treatments. Uterine fibroids are non-cancerous tumors that grow inside or outside of the uterine wall. As many as 80 percent of all women may have fibroids; however, most do not suffer symptoms.

Endometriosis is when tissue similar to the uterine lining grows outside of the uterus, often on the ovaries and other organs. It is one of the top three causes of female infertility and affects more than 5.5 million women in the U.S. It is commonly associated with incredible pain and bleeding and is ranked in stages, one being the mildest and four being most severe.

After consulting with more than 14 doctors, I tried nearly every treatment available to manage my endometriosis. The most helpful treatment at the time was laparoscopic surgery, a minimally invasive procedure. While laparoscopy surgeries helped me tremendously, to steer clear of the knife, I've also found a combination of birth control, pain medicines, and eating a diet low in wheat and sugar that works best for me.

If you are one of the thousands of women considering surgery, talk to your doctor, and get a second opinion, if necessary. Risks exist with any surgical procedure. Discuss them and possible after-effects with your doctor and see if they are worth taking for your health.