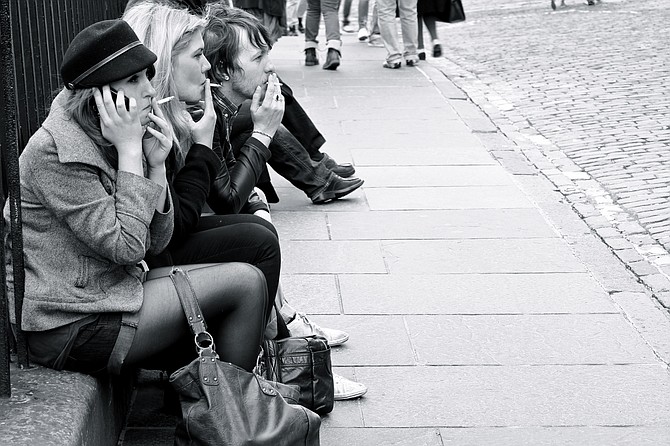 With Lung Cancer Awareness Month upon us, it’s important to stay informed on the disease.

As a medical oncologist, I treat patients battling a variety of cancers—from common types such as breast and prostate to rare cancers of the brain and bones. But of all the types of cancer I see, none causes patients as much fear and dread as lung cancer.

Such distress is understandable. The disease continues to be the leading cause of cancer death for both men and women in the United States. More people die of the disease each year than the next three most common types of cancer—breast, colon and pancreatic—combined. According to the American Cancer Society, lung cancer is expected to claim the lives of nearly 160,000 Americans in 2014, accounting for 27 percent of all U.S. cancer deaths.

Another reason lung cancer is feared is that long-term survival rates are very low. Although five-year survival is more than 53 percent for cases detected when the disease is still localized (within the lungs), it drops to less than 4 percent when diagnosed after tumors have spread to other organs.

Unfortunately, because lung cancer can be difficult to detect, only 15 percent of cases are diagnosed at an early stage.

Although lung-cancer rates are falling overall, the rate has been increasing among two groups in particular: women and non-smokers. In fact, according to the National Cancer Institute, over the past 36 years, the rate of new lung cancer cases among men has dropped by nearly a quarter, while the rate among women has risen 100 percent. The U.S. Centers for Disease Control and Prevention reports that more women die of lung cancer than breast, uterine and ovarian cancers combined.

Another notable trend is the increase in lung cancer among healthy non-smokers. The ACA reports that between 16,000 and 24,000 Americans who have never smoked die from lung cancer every year. If lung cancer in non-smokers were its own category, it would rank among the top 10 fatal cancers in the U.S. For reasons doctors don't fully understand, most lung cancer cases among non-smokers occur in women.

The rise in lung cancer among non-smokers is one reason stigmatizing the disease is increasingly seen as inappropriate. While it's true that the majority of cases continue to be diagnosed among smokers or former smokers, lung cancer can also result from factors over which individuals have little control such as genetic mutations and exposure to radon gas, secondhand smoke, air pollution and asbestos, among others.

It is important to continue improving our methods of detection and treatment, and great progress is being made in both. For example, while chest X-rays are generally the first diagnostic imaging a patient might undergo when her doctor suspects lung cancer, low-dose computed tomography (CT) scans are proving more effective at finding lung tumors earlier, when they are easier to treat.

The value of CT scans in early lung-cancer detection is making such screening more common. Some medical organizations now recommend routine lung screening for high-risk patients—defined as individuals 55 to 74 years old with at least a 30-year smoking history, and who currently smoke or quit smoking within the past 15 years. These are also the patients that derive the most benefit from screening.

Chemotherapy is advancing, too, with new drugs and medical technologies that can help increase lung-cancer survival. One exciting development is immunotherapy, which uses antibodies and man-made proteins to bolster the immune system and train it to attack cancer cells. Ongoing research on human genes is also helping scientists develop therapies specifically targeting the genetic mutations that drive tumor growth.

What's most important to remember about lung cancer is that it's largely preventable, but everyone has some risk. Given recent trends, women should be aware of the signs of lung cancer: a lingering or worsening cough, shortness of breath, chest pain, unexplained weight loss and hoarseness, among others. Women should not hesitate to seek medical care if they are concerned. Let's raise awareness of this terrible disease because awareness helps find a cure.