Marching for a Cause | Jackson Free Press | Jackson, MS

Marching for a Cause 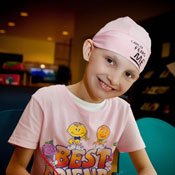 Victoria Hooks is one of the many children benefiting from the St. Paddy's events in Jackson.

I'm always looking for any excuse to don a costume, so naturally, I love a parade. This month packs in two of them: The Mal's St. Paddy's Parade, led by Hal & Mal's co-owner Malcolm White; and the Zippity Doo Dah Parade, headed by former St. Paddy's favorites, Sweet Potato Queen Jill Conner Browne and her "wannabees."

While it might seem that the Mal's St. Paddy's Parade is about fighting to the death for a string of plastic beads or exchanging a kiss with a stranger for a fake flower, or that the Zippity Doo Dah Parade is all about glittery costumes and colorful wigs, the parades actually serve a much larger purpose: benefiting the Blair E. Batson Hospital for Children.

The Sweet Potato Queens have been holding a year-long contest to see which SPQ chapter, of an estimated 6,200 chapters, can raise the most money for the hospital. The local chapter already raised $20,000, and chapters all over the world send money to support Jackson's Blair E. Batson Hospital for Children.

"It's the only children's hospital in the state of Mississippi that will not turn people away. What's a better reason than that?" asks Hal & Mal's General Manager April Baucum.

The Pediatric Emergency Department at Batson is the state's only level 1 emergency room designed for children, and Batson's Mississippi Children's Cancer Clinic is the sole center for children with cancer or blood-related diseases. The hospital deposits the funds raised by the parades into an unallocated fund, where it can best decide how to use it based on its needs.

"If they need new chairs on the third floor, they can use this money," says Jen Hospodor, University of Mississippi Medical Center's assistant director of public affairs.

"If they need new IV poles in the E.R., they can use this money. In the past, it has been used to fund even construction projects. It just depends on where they need it, and it's very important to have that kind of money in a hospital, especially a state hospital, because you're never sure what you're going to need and what the budget's going to cover."

To find out more about the Blair E. Batson Hospital and how you can help, visit on the web: http://www.childrenshospital.umc.edu/.

What Money Goes To Batson?
The Mal's St. Paddy‘s Parade donates all the float entry fees, ranging from $75 to $300 each.

• All proceeds from raffle tickets for Conner Brown's Sweet Potato Queen crown and the raffle of a new car from Patty Peck Honda. Tickets are $25 each with 3,000 for sale.

• $5 from every weekend pass sold.

• All proceeds from the Sal & Mookie's Street Carnival.

• A portion of the day's proceeds from Fondren vendors sporting a Bluebird sticker or sign (the amount varies from store to store), with a scavenger hunt planned to get people into the stores.

• The Market in Fondren booth fees and a portion of vendor's proceeds.

• All the proceeds from events Jill Conner Browne describes as "goofy things at the Hilton."

"Last year somebody paid $2,000 to shave my husband's head. We shaved several heads at $2,000 a head," Conner Browne says. "We have a stripper pole. No one strips, of course, but we've found that everybody likes to play on one, so it's a quarter a time to get on the pole, or you can buy a $5 weekend pole pass for unlimited access. Then if you're going to say anything unkind to or about anyone else, it's a quarter a time, or you can buy a $5 weekend ‘bitch' pass."